In real projects, when you need to do unit testing. But often you find that there are a lot of dependencies. That’s where Gomock comes in handy!

Gomock is an official mock framework for the Go language

In the mockgen command, two generation modes are supported

In essence, there is no difference between the mock code generated by the two approaches. So just choose the right one

In this article, we will simulate a simple demo to write test cases and get familiar with the overall testing process.

Open the person/male.go file and write the following.

Open the user/user.go file and write the following.

After the execution, you can find the male_mock.go file in the mock/ directory, which is the mock file. What is the purpose of the commands in the command? As follows.

For more information on the command line, see the official documentation

Open the user/user_test.go file and write the following.

When you see the result like this, you’re done! You can adjust the return value of Return() yourself to get different test results 😄

Coverage statistics can be turned on by setting the -cover flag to display coverage: 100.0%. 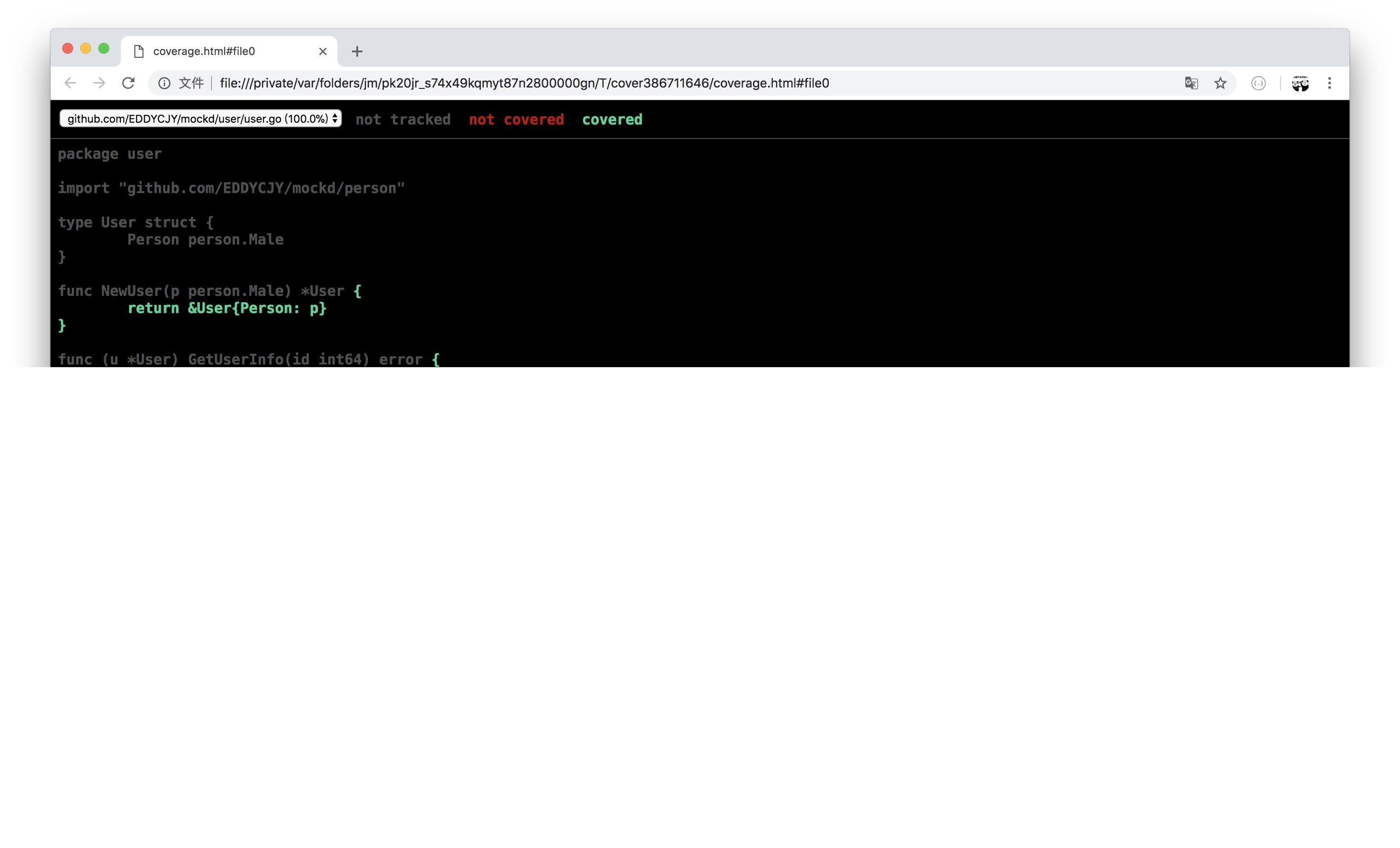 More suggested methods can be found in the official documentation

Officially, we can use go:generate to do batch processing in a more convenient way

Open the person/male.go file and change it to the following.

We focus on the statement go:generate, which can be divided into the following parts.

Checking mock/ again shows that it has also been generated correctly, which is convenient when there are multiple files 🤩

In the unit testing loop, gomock gives us a great deal of convenience. The ability to mock a lot of dependencies

There are a lot of ways to use it and a lot of features. You can mark it and read the official documentation to remember it better