We are recently doing the technology selection for new business, which involves the selection of messaging middleware; combined with our actual situation we hope it can meet the following requirements.

Of course there are some horizontal scaling, throughput, low latency and other features needless to say, almost all mature messaging middleware can meet these requirements.

Based on the above filtering criteria, Pulsar came into our view.

As the top project under Apache, all the above features are well supported.

Let’s talk about what’s so great about it. 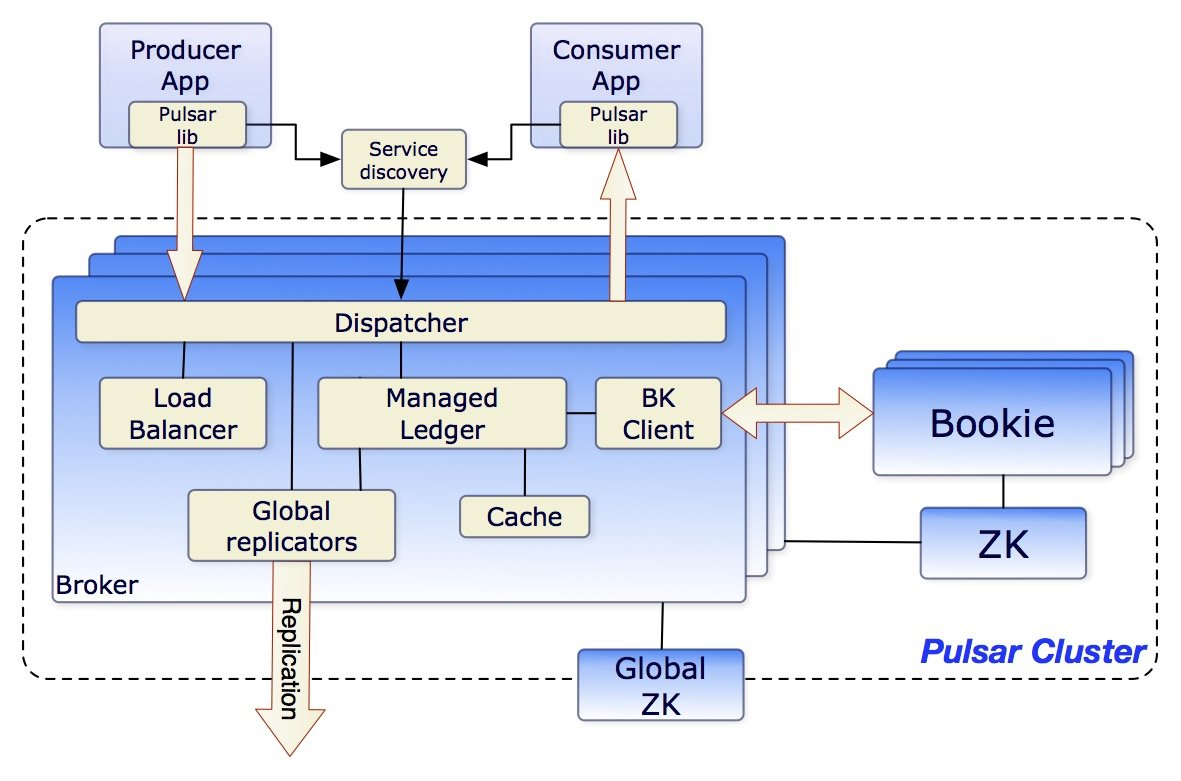 The official architecture diagram shows that Pulsar consists of the following main components.

The overall look seems to have more components than Kafka, which does add complexity to the system; but the same benefits are obvious.

Pulsar’s storage is separate from the compute, so when it needs to be scaled up, it’s as simple as adding a new broker without any other mental burden.

When the storage becomes a bottleneck, you only need to expand BookKeeper, no need to do artificial rebalancing, BookKeeper will automatically load.

The same operation is much more complicated with Kafka.

Multi-tenancy is also a just-needed feature to isolate the data of different businesses and teams in the same cluster.

In practice, tenants are usually divided according to business teams, and namespace is the different businesses under the current team; this makes it clear to manage the topic.

The advantages and disadvantages are known by comparison. How are such problems handled in messaging middleware without multi-tenancy:.

The above is a good visualization of the importance of multi-tenancy.

Pulsar also supports lightweight function calculations, such as the need to clean and transform data for some messages and then publish them to another topic.

Pulsar provides an SDK that makes it easy to process the data and then publish it to a broker using official tools.

Until then, such simple requirements may also need to handle their own stream processing engine.

In addition to the upper layer of applications, such as producers, consumers such concepts and use of everyone is similar.

The third shared consumption pattern should be the most used, and the KeyShared pattern can be used when there is an order requirement for the messages. 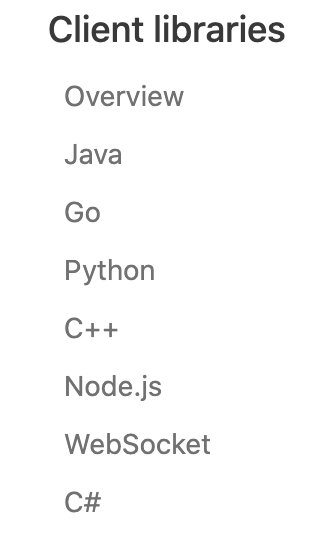 Two of the container.Provide() functions are used to inject consumer objects.

Invoke(StartConsumer) will take all the consumer objects out of the container and start consuming them at the same time.

At this point, with my limited experience in Go development, I was wondering if dependency injection was needed in Go.

Let’s first look at the benefits of using a library like Dig.

For Java developers who have used Spring, it must smell good, after all, it’s still a familiar flavor, but for Gopher, who have not been exposed to similar needs at all, it doesn’t seem to be a necessity.

There are a variety of Go dependency injection libraries on the market today, and many of the big players are producing them, so there’s still a market for them.

I believe there are many Gophers who resent the introduction of some complex concepts from Java into Go, but I think that dependency injection itself is not limited by language, and all languages have their own implementations, except that Spring in Java is not just a dependency injection framework, but also has many complex features that are daunting to many developers.

If it’s just a subdivision of the dependency injection requirement, it’s not complicated to implement and doesn’t bring too much complexity. If you take the time to look at the source code, you can quickly master it based on understanding the concepts.

Back to the SDK itself, the Go SDK is less functional than the Java version at this stage (to be precise, only the Java version is the most feature-rich), but the core is there and it doesn’t affect daily use.

This article introduces some basic concepts and benefits of Pulsar, and also discusses Go dependency injection in passing; if you are doing technical selection like us, you may want to consider Pulsar.