For multi-branch codebases, it is a common requirement to move code from one branch to another. 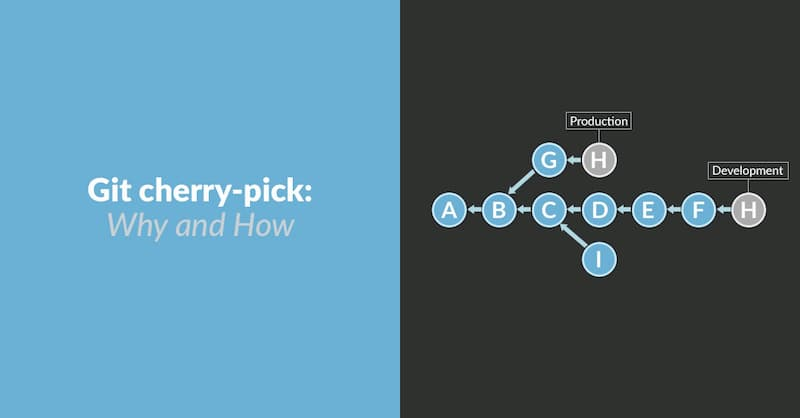 What the git cherry-pick command does is apply the specified commit to other branches.

For example, the repository has two branches, master and feature.

Now apply the commit f to the master branch.

After the above operation is completed, the code base will look like the following.

As you can see above, a commit f has been added to the end of the master branch.

The argument to the git cherry-pick command, not necessarily the hash of the commit, but also the branch name, indicates that the latest commit of the branch is being moved.

The above code represents the most recent commit of the feature branch, moved to the current branch.

If you want to transfer a series of consecutive commits, you can use the following easy syntax.

The above command transfers all commits from A to B. They must be placed in the correct order: commit A must precede commit B, or the command will fail without reporting an error.

Note that with the above command, commit A will not be included in the Cherry pick. To include commit A, you can use the following syntax.

The common configuration items for the git cherry-pick command are as follows.

If a code conflict occurs during the operation, Cherry pick will stop and let the user decide how to proceed.

Transfer to another code base

Cherry pick also supports transferring commits from another code base by first adding the base as a remote repository.

The above command adds a remote repository target.

Then, the remote code is grabbed locally.

The above command grabs the remote code repository locally.

Next, check the commit to be transferred from the remote repository and get its hash value.

Finally, use the git cherry-pick command to move the commit.