I am currently responsible for the packaging and release of the company’s PaaS toB product. One of my daily tasks is to run the automated packaging pipeline, and then update the installation packages to the QA test environment. Since the packaging and testing environments are located in two different server rooms, the product installation packages need to be synchronized across the public network from the packaging machine to the QA environment, so the size of the product installation packages determines the time consuming synchronization between the two. Optimizing and reducing the size of product installers is one of the ways to improve the efficiency of the pipeline. One of the recent efforts was to reduce the size of product patch packages by 30% to 60%, which greatly saved the time spent on uploading, downloading and installing patches, and improved the efficiency of the product packaging pipeline. So today we will summarize what we have learned from this experience.

Because all the components of the product are deployed in containerized form, the most important thing in the patch package of the product is the image file and some deployment scripts. As we all know, the docker image is composed of layers + metadata information of the image, where the metadata information of the image is the image config + manifests, which are text contents in json format, and these text contents are often negligible compared to the size of the layer of the image.

In fact, an optimization was done last year, replacing the way the patch package image is packaged from the original docker save to the skopeo copy to directory. Although the first time has been so obvious optimization, we still think there is room for optimization.

After the first optimization, the image in the product patch package exists in the following form.

From the file names and file sizes, we can roughly deduce that the 707K size 742efefc8a is the root filesystem of the go-runner image; the 642K size fefd47533 is the go-runner binary; the 2.x size should be the image config file of the image; the remaining The remaining ones are the binary files of kube-apiserver, kube-controller-manager, kube-scheduler, and the manifest.json file is the manifest of the image in the registry storage.

After testing, I found that the total number of image files in the patch package was reduced from 279 to 187, and the total size was reduced from 3.3G to 1.3G, a 60% reduction! I was so excited at that time that I was like a treasure. In fact, this is because the base images used by our product components are basically the same, so many of the same base image layer files can be eliminated. 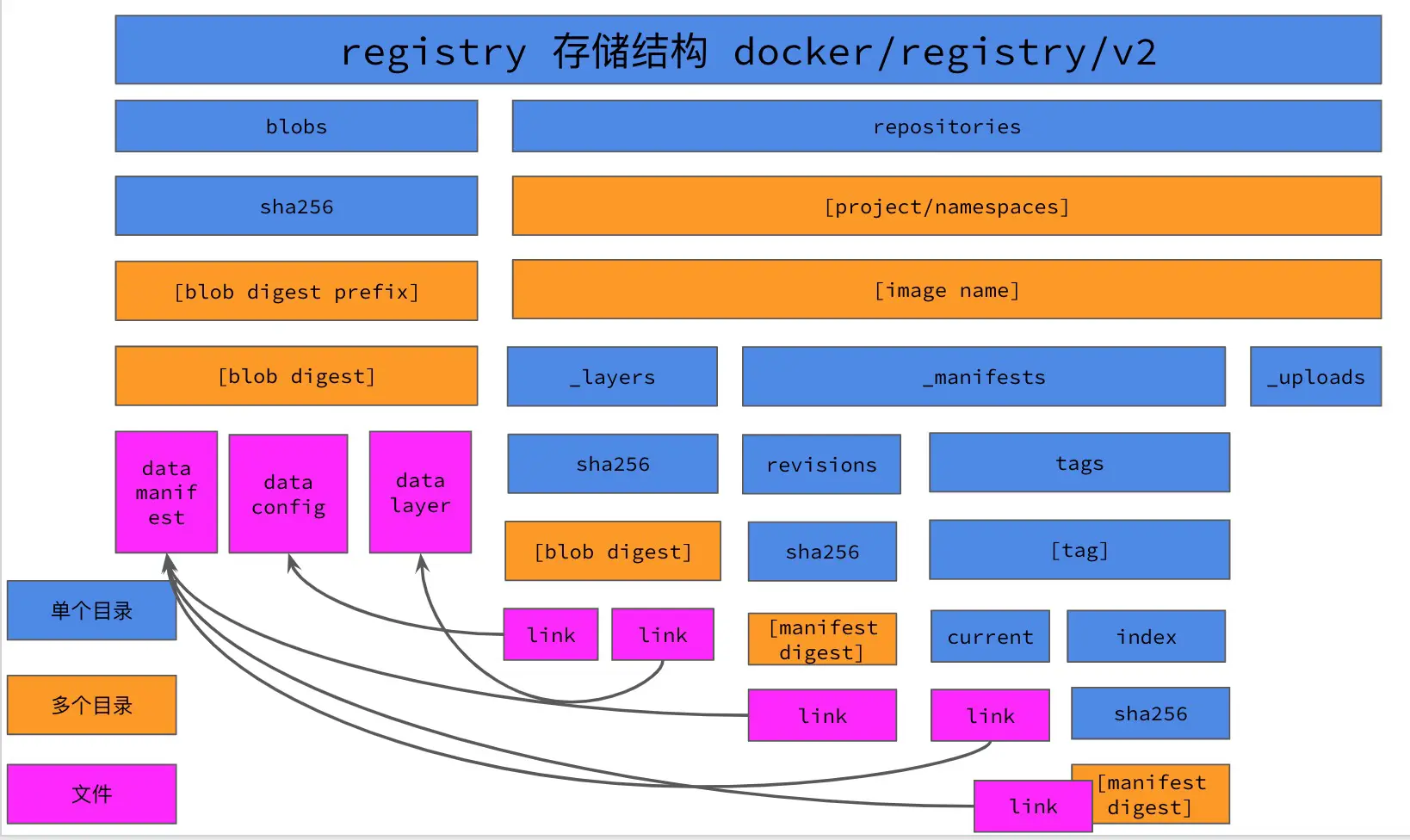 For demonstration purposes, let’s take a single image and convert the image images/alpine:3.10.4 into a docker registry storage directory

Revert back to Dir format