This is a year-long summary of webpack5 upgrade practice. I started this project in April 2020 when webpack5 was in beta phase, and then I made a few more attempts, all of which were stuck in different branches due to compatibility between self-published and third-party plugins.

The following is a record of the practice related to the upgrade after it was finally completed in the project.

Upgrade of webpack and dependency versions

Install the latest version of webpack.

Plugin Dependency Upgrade: Update the relevant plugins used in the project to their latest versions on demand. There may be various compatibility issues in this process, which need to be analyzed and solved according to the actual situation.

Question: 160+ Third-party dependencies, how to quickly confirm the latest version and whether it needs to be upgraded? 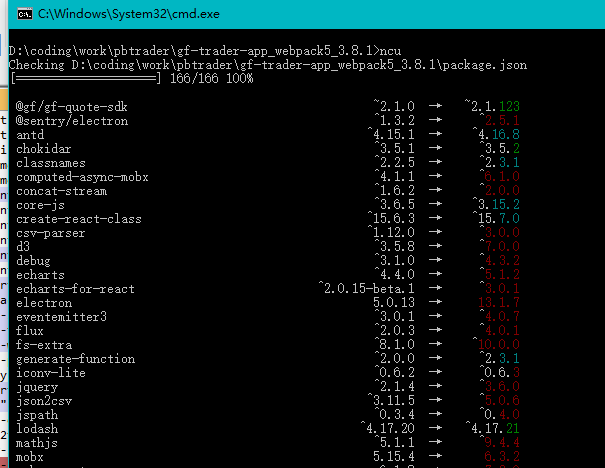 Example usage of the npm-check-updates command.

It is recommended to use TypeScript to write webpack configuration files. With TypeScript’s type detection, you can quickly determine which property configurations are valid, no longer valid, or incorrect. Example.

Compatibility details are the most complex and the problem is quite time-consuming to analyze, which is the main reason why it is difficult to upgrade smoothly. Heavy reliance on third-party libraries can deepen the complexity of project upgrades.

Generally speaking three-party plugin compatibility is the main issue with upgrading webpack5. Early on, the degree of compatibility follow up varied across plugins, and there were quite a few details of odd performance issues.

The options.modules parameter needs to be configured to keep the logic consistent with previous versions of css-loader@2.

If the url-loader dependency of an old project is difficult to modify and remove, there is still a corresponding configuration that can be implemented

If possible, using asset modules directly is the best way to be future-proof.

About sass: node-sass and dart-sass

Can I switch directly to dart-sass now?

The most time consuming part of the webpack build process is the compilation of the various source files. The main ideas to improve build efficiency are multi-threaded parallelism and avoid duplicate compilation (caching of compilation results).

Long-term development and maintenance of large projects often take tens to hundreds of seconds to build. Before webpack4, plugins like happypack, hard-source-webpack-plugin, thread-loader, cache-loader, etc. were almost standard for project builds in order to use caching to improve build efficiency, but even then it was often unsatisfactory, as these third-party plugins could not work together perfectly and integrate into all parts of the build process.

In webpack5, the cache configuration is implemented through the cache field, and it performs better. 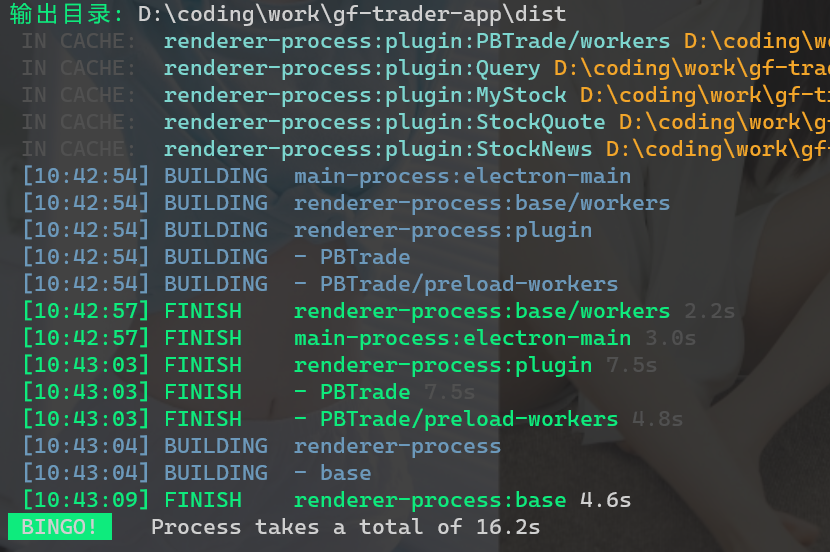 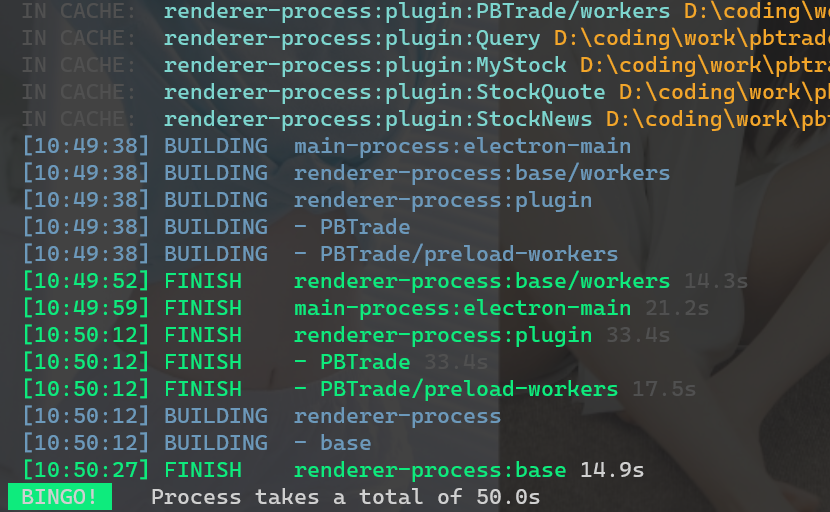 In webpack5, the thread-loader still has its place. While parallelism simply specifies the number of threads for parallel builds, thread-loader allows for separate multi-threaded build testing and optimization for special loader classes such as ts-loader.

In addition, using esbuild-loader instead of babel-loader to achieve compilation acceleration is also an option to speed up build efficiency. The pros and cons lie in the dependency of the build output and development experience on their respective ecologies, where the difference in hot update is a big contrast in the development experience.

The development experience is undoubtedly quite comfortable for next-generation front-end build solutions like vite and snowpack with no Bundles. Thanks to the no-build, compile-on-demand feature, projects can be launched in seconds, no matter how large they are.

However, from simple tests and community feedback, there are many details that are difficult to handle perfectly when dealing with complex and personalized requirements. webpack has a long way to go.

A brief overview of other configuration updates for webpack5

Optimization is an important configuration property that has changed significantly in webpack5. Some optimization features that used to be enabled using the built-in plugins have been turned on or off as configuration items here. See here for details.

Previously, the goal of webpack was to build applications that could run browser-side, so there was default compatibility support for some variables that were only available in the Node.js environment. In webpack5, these compatibility handles are no longer supported by default. Now the node property can only be configured with a single global property, and all other compatibility is achieved through resolve.fallback itself. For example, for compatibility with nodejs native modules such as fs, path, buffer, etc.

A value of false means that nothing is done, which is basically similar to the effect of dll filtering in externals.

For some deprecating APIs, webpack5 wraps them with util.deprecate. It makes these APIs print a warning message on the command line when they are called.

During the upgrade to webpack5, you should set process.traceDeprecation=true or add the command line argument -trace-deprecation to debug to see where API calls are deprecated and try to update or use the latest version of the plugin in question.

The core idea of Snowpack and vite, currently known as the next generation of build tools, is based on the ES20200 specification’s ES Modules native support, where the build process essentially compiles the source code into the ES Module specification format and directly references it in the browser.