Recently, I’ve been optimizing the performance of DDE, so I’ve been catching up on the use of various analysis tools under linux. 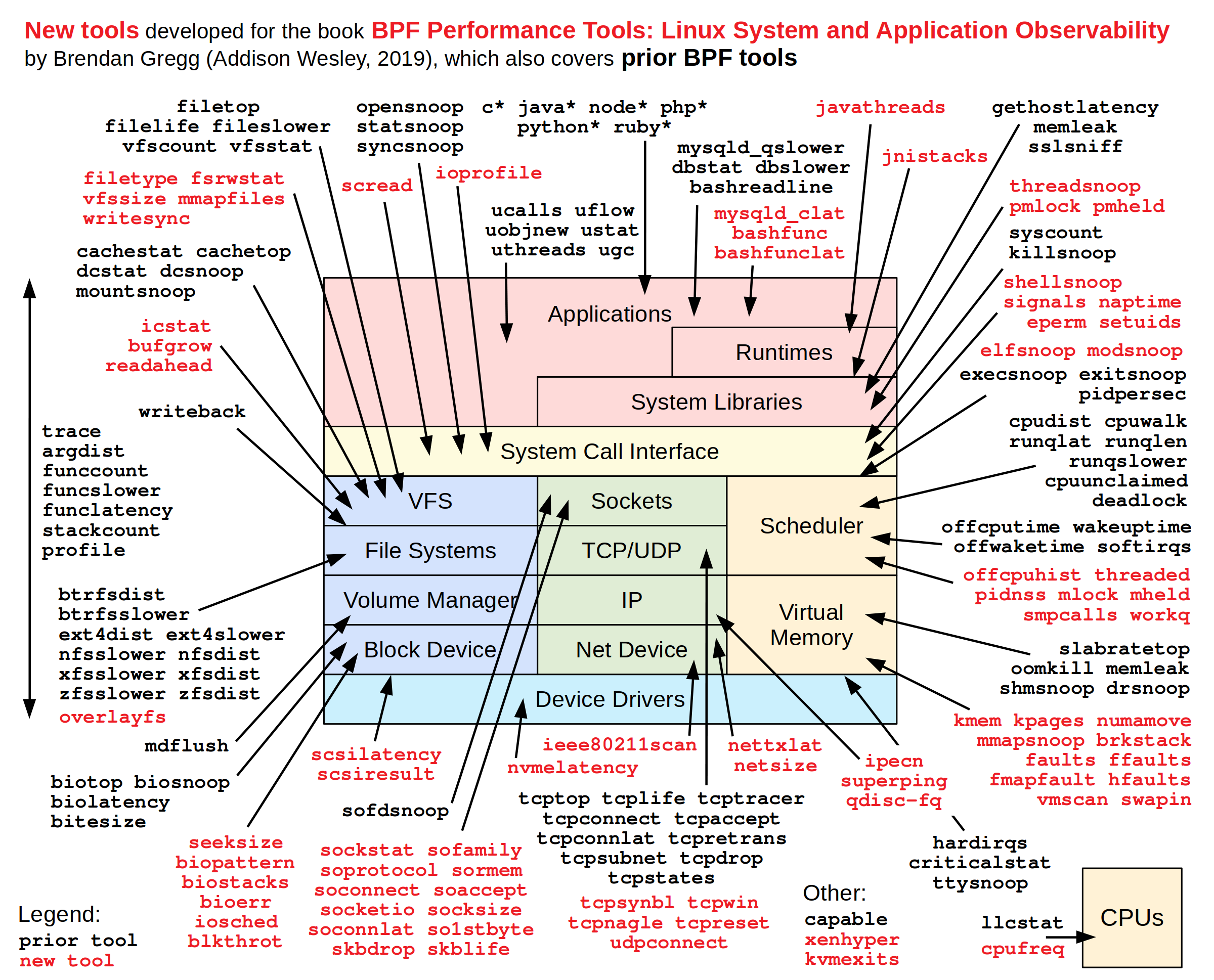 This diagram is an application scenario of linux analysis tools from Brendan Gregg, and you can see that it includes almost every part of the system that should be analyzed with the tools.

Allows the system to perform analysis

In order to be able to analyze it properly, we first need to turn on the debugging features of the system, allowing us to access other processes.

Newer Linux kernels have the sysfs adjustable parameter /proc/sys/kernel/perf_event_paranoid, which allows the user to adjust the functions available to non-root users of perf_events by a larger amount to be more secure (and accordingly provide fewer functions).

The default value is to not allow access to any information, so we need to change it to 1 or 0 to allow us to access CPU event information.

Execute the command to write values directly to the kernel interface.

perf can either start a program directly for analysis or use the -p parameter to specify a pid for sampling.

When we finish sampling by perf record, the perf.data file will be generated in the execution directory, and then we can use the perf report command to analyze the data file.

perf report generates different graphs according to the -call-graph argument. With the dwarf argument, the graphs are displayed in the order of the function call stack, which makes it easy to see which function is taking longer to execute, since each sample falls on that function, which means that the function is taking a very long time to execute, and then the The depth of the call stack can be used to analyze what is being done during the execution of the function.

It is not particularly convenient to view function calls at the command line, so there are graphical tools used to easily view the generated results of the perf tool, which is more friendly to use is the hotspot tool developed by kde, the tool can directly open the perf.data file and generate the corresponding flame diagram, the flame diagram is another form of expression of function calls, the higher the flame, it also The higher the flame means the deeper the call stack is, and the wider the flame means the function takes a long time to execute.