We all know that Pods in a StatefulSet have separate DNS records. For example, if a StatefulSet is named etcd and its associated Headless SVC is named etcd-headless, CoreDNS will resolve an A record for each of its Pods as follows.

So can other Pods besides the one managed by StatefulSet also generate DNS records?

How is this done? According to our conventional understanding, this is a Pod managed by a StatefulSet, but in fact this is a different ReplicaSet. The implementation here is actually because the Pod itself can have its own DNS records, so we can implement a similar resolution record as the Pod of StatefulSet.

Two Pods were created after deployment.

Then define the Headless Service as follows:

Then we dig into the FQDN domain of nginx, and we see that multiple A records are returned, each corresponding to a Pod.

The 10.96.0.10 used in the dig command above is the cluster IP of kube-dns, which can be viewed in the kube-system namespace at

Next, let’s try prefixing the service name with the Pod name and giving it to kube-dns to resolve.

You can see that you do not get the parsed result. The official documentation has a paragraph Pod’s hostname and subdomain fields Description.

Now let’s edit nginx.yaml and add subdomain to test it.

Update the deployment before attempting to resolve Pod DNS.

As you can see, you still can’t resolve it, so try the example in the official documentation and create a Pod directly without Deployment. The first step is to comment out the hostname and subdomain.

Deploy and then try to resolve the Pod DNS (note the difference between the hostname and the pod name here, with the extra minus sign in between).

Now we see that we have the ANSWER record back, both hostname and subdomain must be explicitly specified, one cannot be missing. The implementation in our screenshot at the beginning is actually the same way. 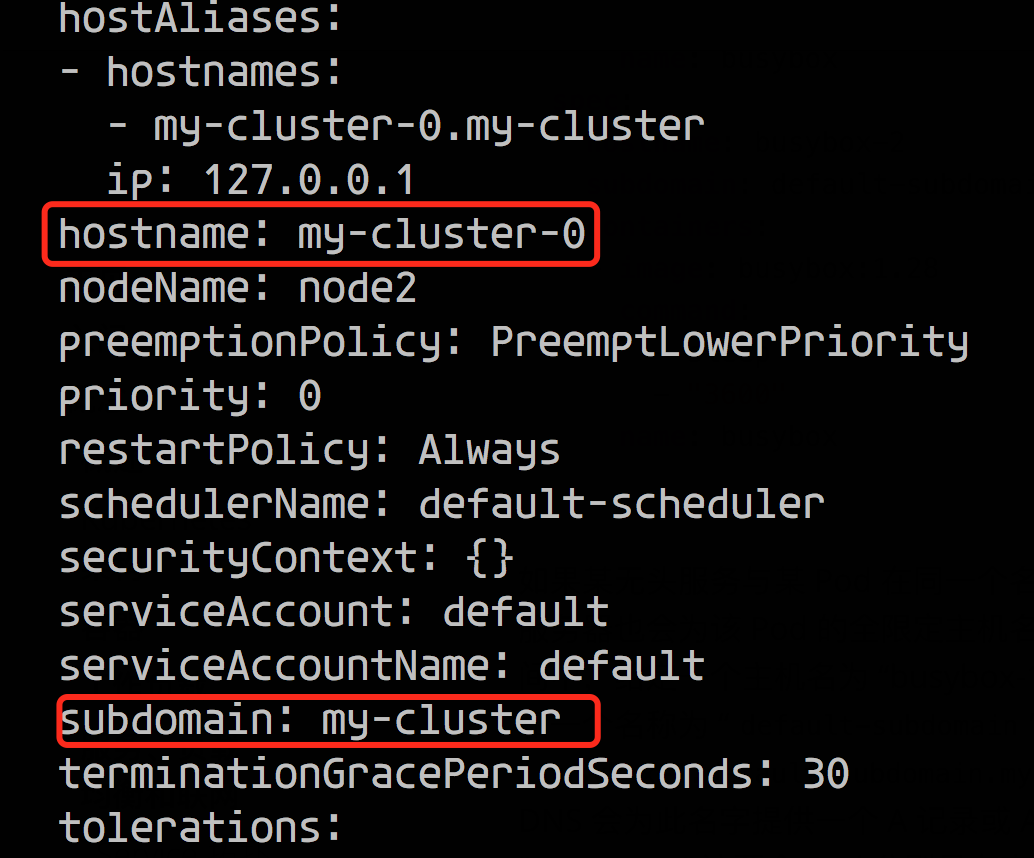 Now let’s modify the previous nginx deployment to add the hostname and re-resolve it.

We can see that the resolution is successful, but because Deployment cannot assign different hostname to each Pod, so two Pods have the same hostname and resolve out two IPs, which is not in line with our intention.

But after knowing this way we can write an Operator to manage Pods directly by setting different hostname and a Headless SVC name subdomain for each Pod, which is equivalent to implementing Pod resolution in StatefulSet.