If your FastDFS file system needs high availability and needs to be deployed on multiple machines, and you only run FastDFS on these servers, then FastDFS may not be suitable for deployment with Docker, it can be deployed directly on the machines according to the official documentation, there is no need to use containers to deploy. In fact, FastDFS is not suitable for containerized deployment, because the tracker server reports its IP to the storage server, and this IP is the IP inside the container. This is a private IP segment of Docker, which will prevent clients from accessing the storage server. Of course, if you use a host network or a network solution that connects clients to storage, such as flannel, calico, etc., this is possible, and in Kubernetes based on service discovery, clients can also access the storage server.

So what scenario is FastDFS deployment using Docker suitable for? In fact, it is suitable for small and medium-sized projects that do not require high availability and high performance. Or all FastDFS services can be wrapped in a container and started with other services using docker-compose, which is perfect. My project is this scenario, because of limited server resources, it is impossible to deploy a separate FastDFS server cluster, blah blah blah the whole high availability. All project components are deployed on one machine using Docker, and nginx in FastDFS is also not deployed separately, and tracker, storage server together in a container. There is no way to save resources 😂

Officially, there are two ways to build docker images, but I feel that they are not good, one is to use the centos base image build, the size of the build out is nearly, there is no need to distinguish between local build or network build. The whole process of building you need to connect to the extranet to download the build package and so on, and what network build and local build to distinguish? So here we just need to prepare the configuration file.

All the configuration files are in conf, so we can modify each one according to our needs.

tracker_server modified to tracker_server=tracker_ip:22122, when the container starts using the environment variable injected FASTDFS_IPADDR to replace it can.

The official script is written very arbitrarily, I will modify a ha, do not modify according to the official to also ok

In fact, this step can not be done, if you use bash boot, you need to install bash in alpine, will increase the size of the image of about 6MB, it does not feel necessary to do so 😂

Comparison of the size built out of different base images

The official build out image is nearly 500MB 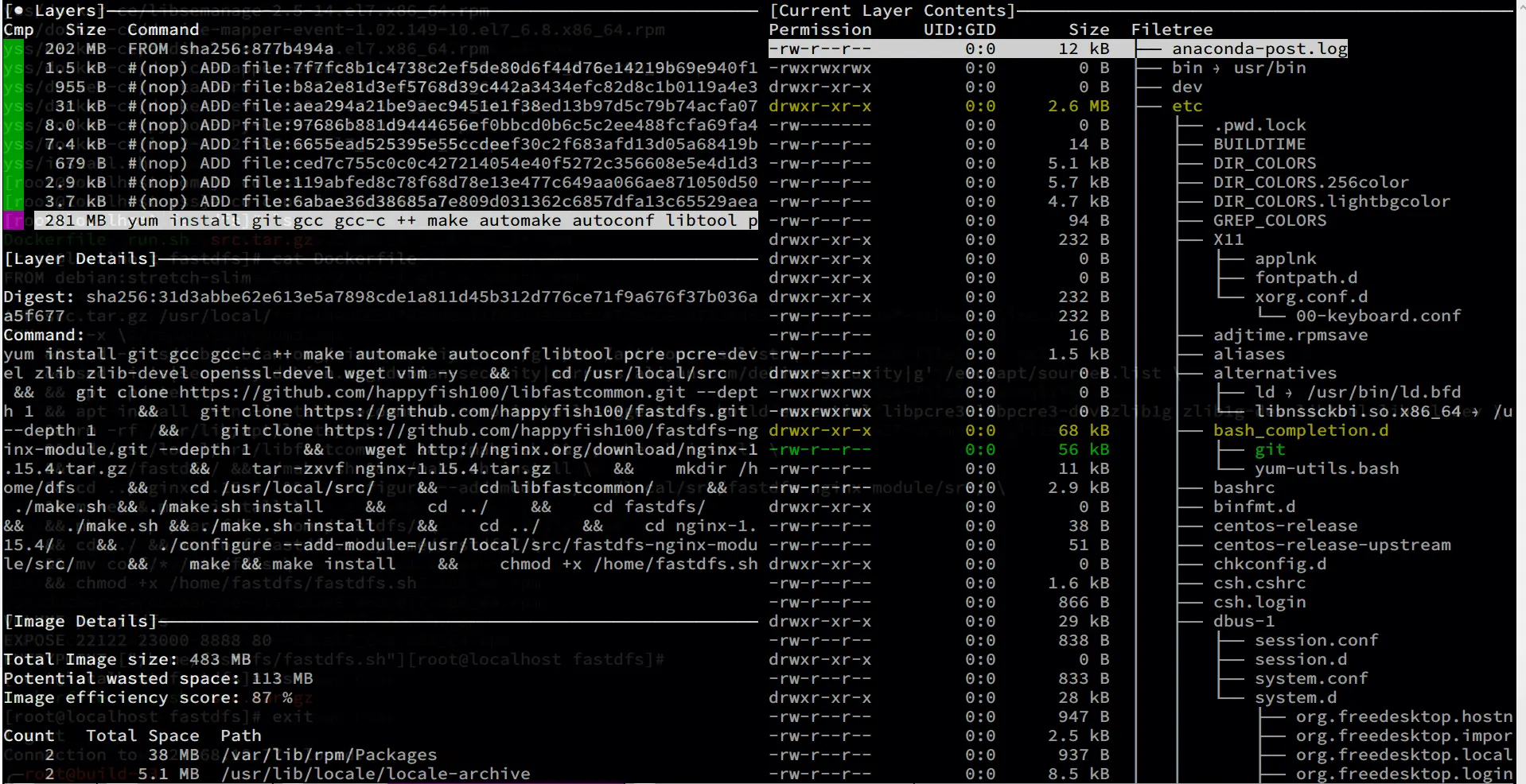 After the alpine-based base image is built, there are only three layers of images 😂 However, it should be noted that there is a big difference between the dynamic link libraries of CentOS and Alpine base images, when you use ldd to check the compiled fastdfs of both, Alpine lacks many dynamic link libraries because the c library of alpine is musl libc, not the orthodox glibc , and for some large projects that rely on glibc, like openjdk, tomcat, rabbitmq, etc., it is not recommended to use alpine base images, because musl libc can cause some strange problems with jvm. This is why tomcat does not officially give the base image as a Dockerfile of alpine

Note that FastDFS containers need to use the host network, because the fastdfs storage server needs to report its IP to the tracker server, and this IP needs to be injected into the relevant configuration file by means of environment variables. Number and size of test files 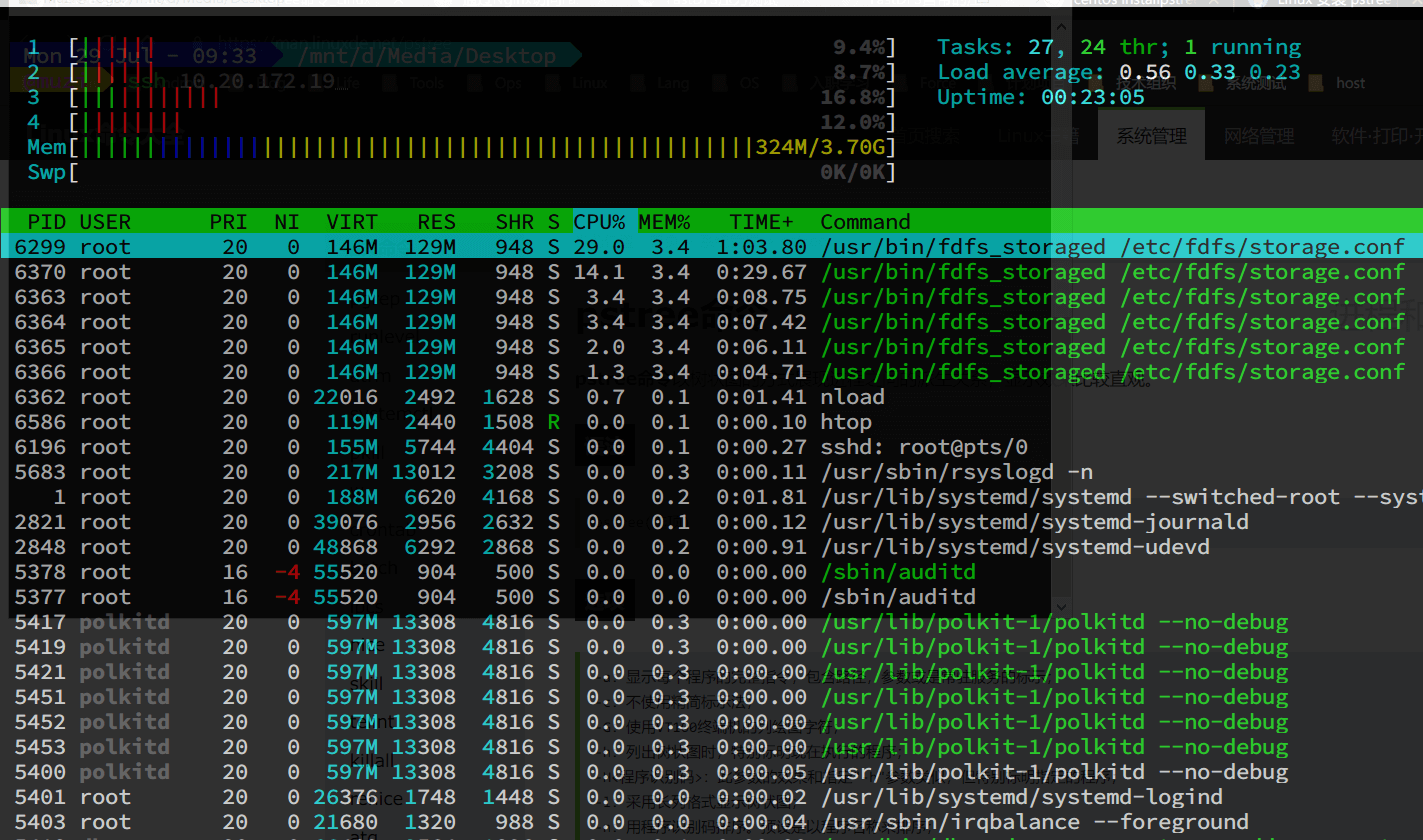 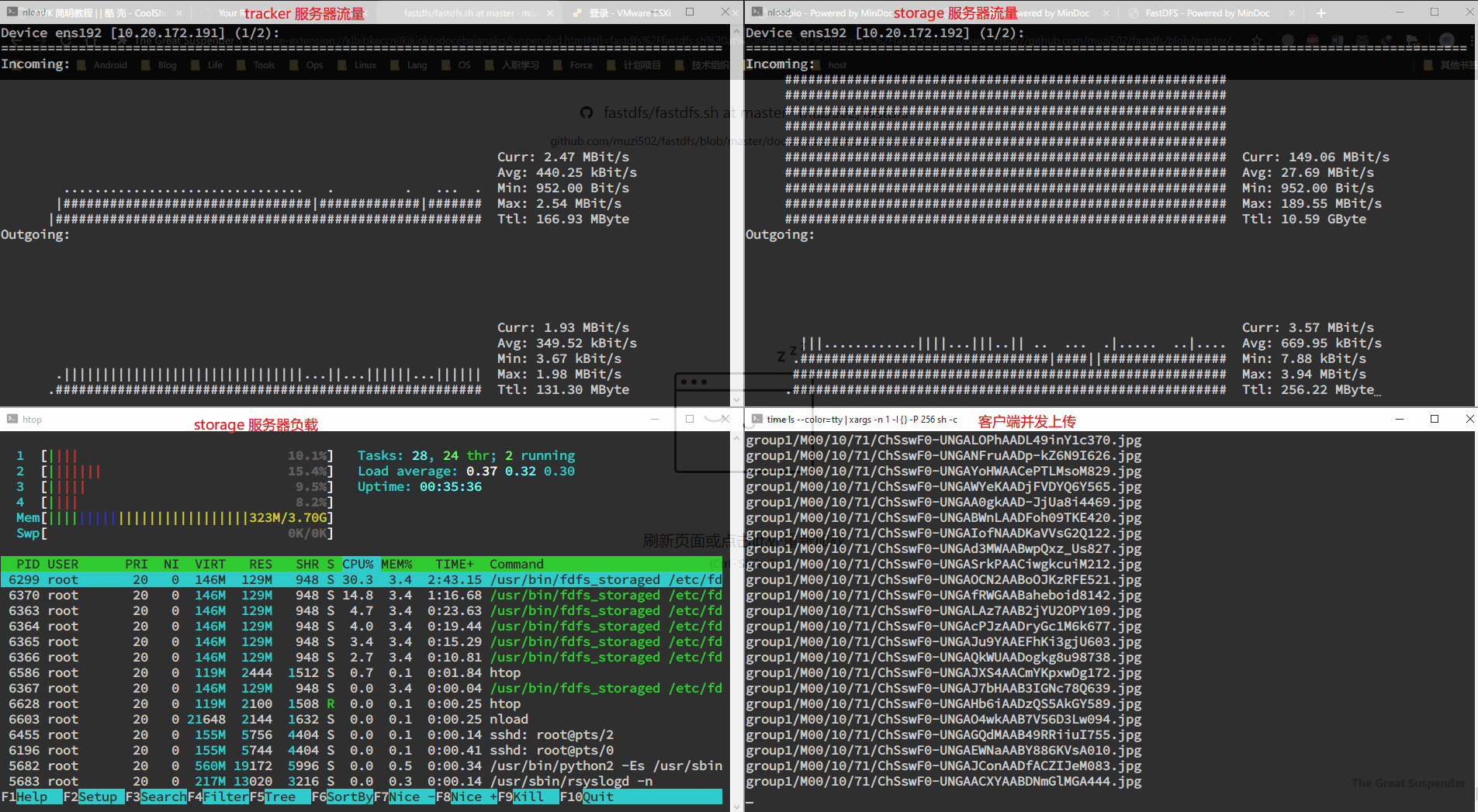 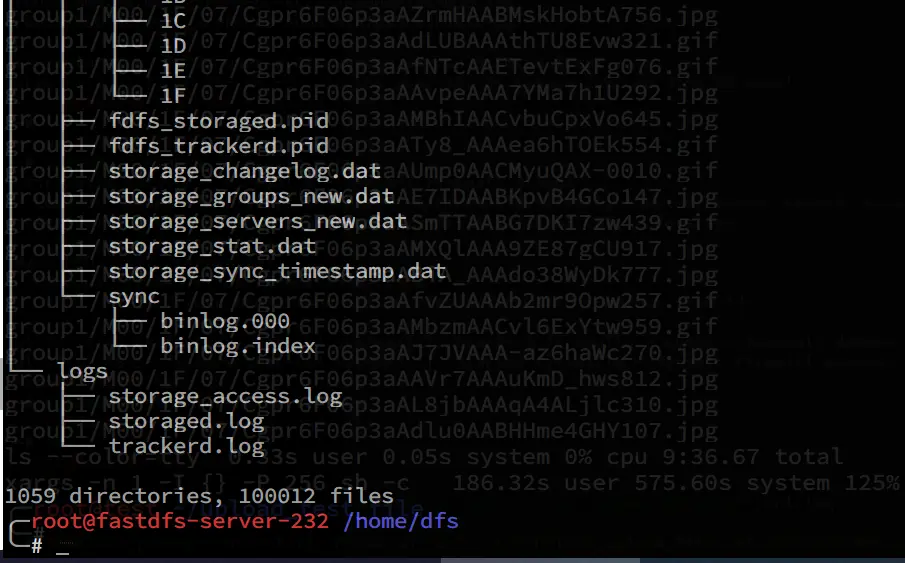 Extract the path to the file from the server-side storage_access.log log, add the nginx access port address using sed to get 10W records http access url address of the uploaded file Use the wget -i parameter to specify url.log as the standard output to test downloading the 10W images just uploaded in 3 minutes and 23 seconds

Using FastDFS’s own upload test tool and the xargs concurrent execution tool, the number of concurrent requests specified by the xargs -P parameter was measured to reach 5000 concurrent upload requests for a stable network environment. 10W images were uploaded in about 2 minutes and 11 seconds. The total test uploads of 100W images were tested continuously using a timing script. Analyzing the logs of tracker server and storage server, no error or abnormality is found in either upload or download, and the performance and stability are good.

Unable to connect to tracker server

You need to add the allowed IPs in the tracker.conf configuration file, and add firewall rules

When the storage server runs out of disk in the partition where the upload storage directory is set, an error log will appear with no space left.

use service fdfs_trackerd restart restart tracker or storage service will report an error, will indicate that the port has been occupied. The solution is to use the kill -9 command to kill the tracker service or storage service, and then restart the corresponding service can