There is not really much software that uses Python to develop graphical interfaces. Compared to GUI interfaces, probably Web way applications are more popular. But for other programming languages like me you such as C# or WPF may not be a good tool.

Personal thoughts: too much to learn, first learn PyQt5, the reason is that there is more information, learn the rest of friends and then learn pyside6, and finally look at PySimpleGUI, to see if you can solve some simple problems.

PyQt is a Python language implementation of the Qt framework, developed by Riverbank Computing, one of the most powerful GUI libraries.PyQt provides a collection of well-designed window controls, each PyQt control corresponds to a Qt control, so PyQt’s API interface is close to Qt’s API interface, but PyQt no longer uses the QMake system and Q_OBJECT macros.

PyQt5 is available in GPL and commercial versions. Free developers can use the free GPL license, and if they need to use PyQt for commercial applications, they must purchase a commercial license.

PyQt5 features are as follows.

PyQt5 is composed of a series of Python modules with over 620 classes and 6000 functions and methods, the main modules are as follows.

Since I want to use fbs for packaging later, fbs may have compatibility problems for Python 3.7 and later, so I chose Python 3.6.8 to build the whole environment. The main content is: Python + PyCharm + PyQt5

where pyqt5-tools is a drag-and-drop interface design tool for Qt Designer. The following errors may be reported during installation.

Qt Designer is a drag-and-drop way to place controls and view their effects in real time for quick UI design. 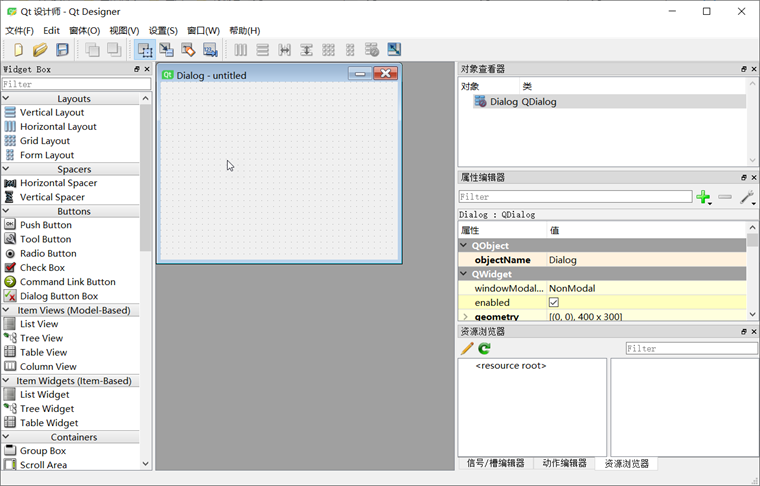 Composition of the whole screen.

ui file (essentially a file in XML format), which can be used directly or converted into a .py file by pyuic5 tool.

PyRCC is mainly about replacing the written .qrc resource file with a .py file. 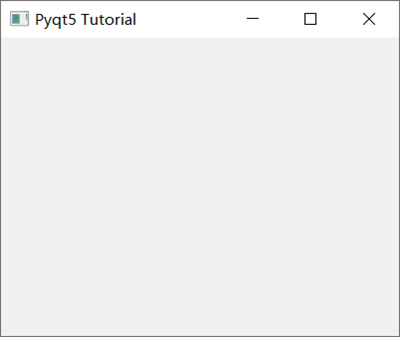 Common Widgets supported by PyQt5 are. 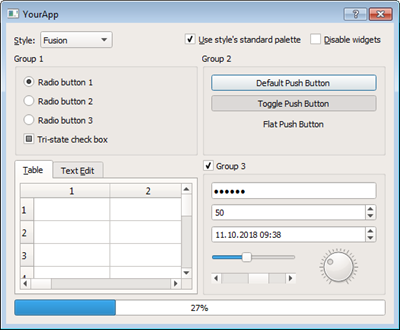 For setting text content using Pyqt5, we use Qlabel. 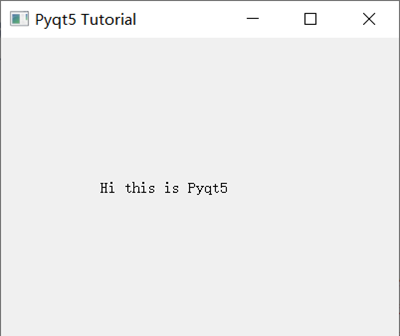 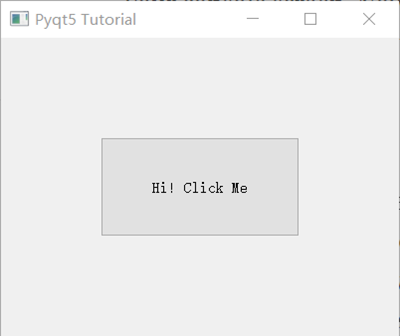 button.clicked.connect() executes a specific event after the button is clicked. 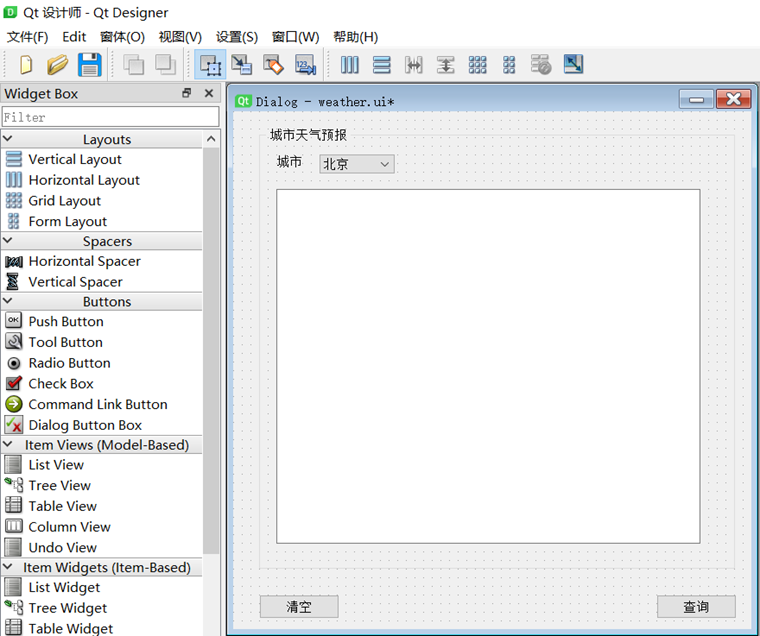 The controls used are Button, GroupBox, Label, ComboBox, TextEdit, and two buttons queryBtn and clearBtn are defined to query and clear the weather data respectively. We need to bind the slot function, the method is as follows.

After finishing the above, save it as Weather.ui file.

PyQt5 supports the direct use of .ui files.

However, for better customization and modification of the above slot functions, you can use External Tools - PyUIC, which generates Weather.py, and actually runs the command as follows.

Among the slot functions to which we need to bind the two buttons.

The final Weather.py reads as follows.

The complete code is as follows.

The result after running demo.py and executing the query. 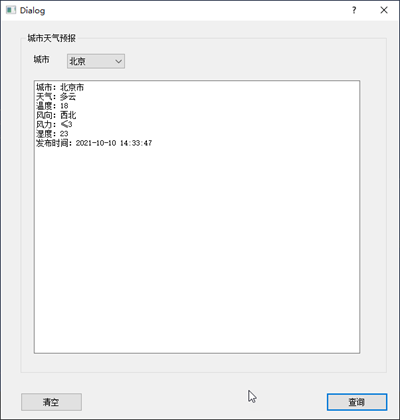 Package the code into an exe file

fbs is chosen here to package. fbs is installed as follows

To use, type in the command line.

After the execution, you need to enter some app names, etc. The following directory will be generated after completion. 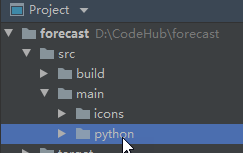 Drag the PyQt5 code you just wrote (demo.py and Weather.py) to the src/main/python folder, delete the original main.py, and modify demo.py to main.py. Then open main.py and add the following code to the header of the file.

to realize the package. The generated exe executable file is under \target\MyApp file.