In the process of learning Python, or reading other code written to it, you will encounter code like this. 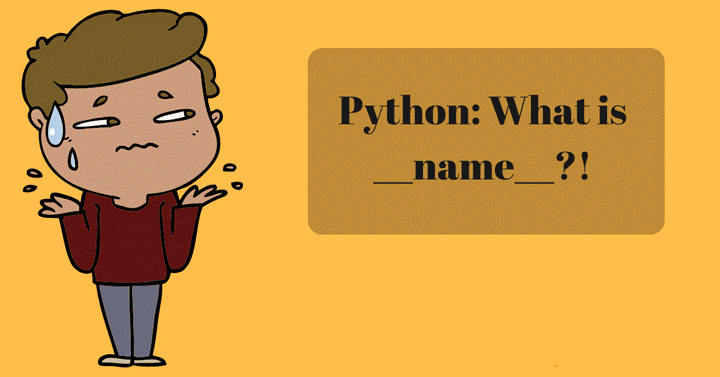 We found that even if we remove the if __name__ == '__main__', the program still runs as usual. Many of you only know that this is how it works, and you don’t look deeper into what exactly it does.

Python is different in that it is a scripting language, and instead of compiling the program into a binary before running it, it is dynamically interpreted line by line. That is, it runs from the first line of the script and has no uniform entry point.

name is a built-in Python variable that is a required property of every Python module, but its value depends on how you are executing this code.

Suppose we have a nameScript.py with the following code.

The flow after direct execution of this file is. 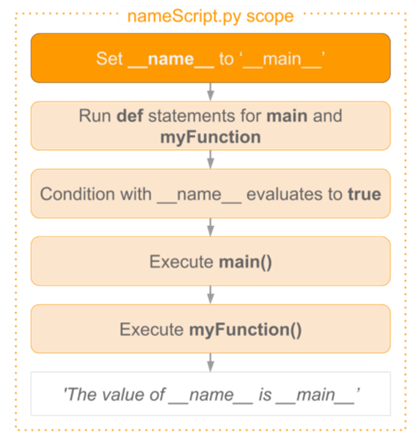 The __name__ variable is set to '__main__' before all other code is executed. After that, the bodies of the functions main() and myFunction() are loaded by executing the def statement. Then, because the expression after this if statement is true, the function main() is called. The main() function in turn calls myFunction(), which prints out the value of the variable '__main__'.

Scenario 2: Import from other scripts

If you need to reuse this myFunction() function in another script, for example in importingScript.py, we can import nameScript.py as a module.

At this point, we have two different scopes: one for importingScript and one for nameScript. 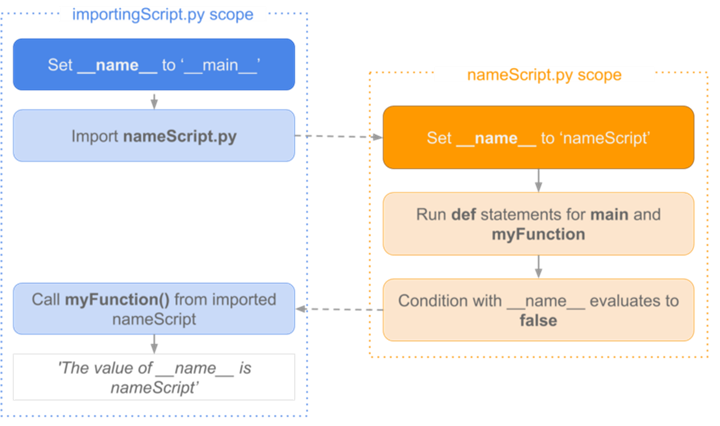 In importingScript.py, the __name__ variable is set to '__main__'. When importing nameScript, Python looks for a .py file with the corresponding name in the local path and in the path pointed to by the environment variable PATH, and when it finds it, it runs the code in the imported file.

This time, however, its own __name__ variable is set to ’nameScript’ at import time, and as usual, the bodies of the functions main() and myFunction() are loaded. However, this time the expression after the if statement results in a false false, so the main() function is not called.

After the import is complete, go back to importingScript.py. Now that the function definition in the nameScript module has been imported into the current scope, we call the function in the module by means of ns.myFunction(), which returns the value of the variable ’nameScript’ inside the module.

__name__ can display the package path

Code in the c.py file.

Code in the d.py file.

Running the d.py file results in the following.

At this point, the __name__ attribute of the a.py file becomes a.b.c, which exactly reflects the package path it is in.

Code purpose: test the function in the module

Since a script’s own code is executed when it is introduced, we write a paragraph in each script if __name__ == '__main__': If you want some code to be executed only when the script is executed directly, then put that code into an if statement block, the most common scenario is the test code.

After we write a function, we inevitably have to write some test code, and these test code we do not want them to be executed when we introduce them, but only when we actively execute for testing.