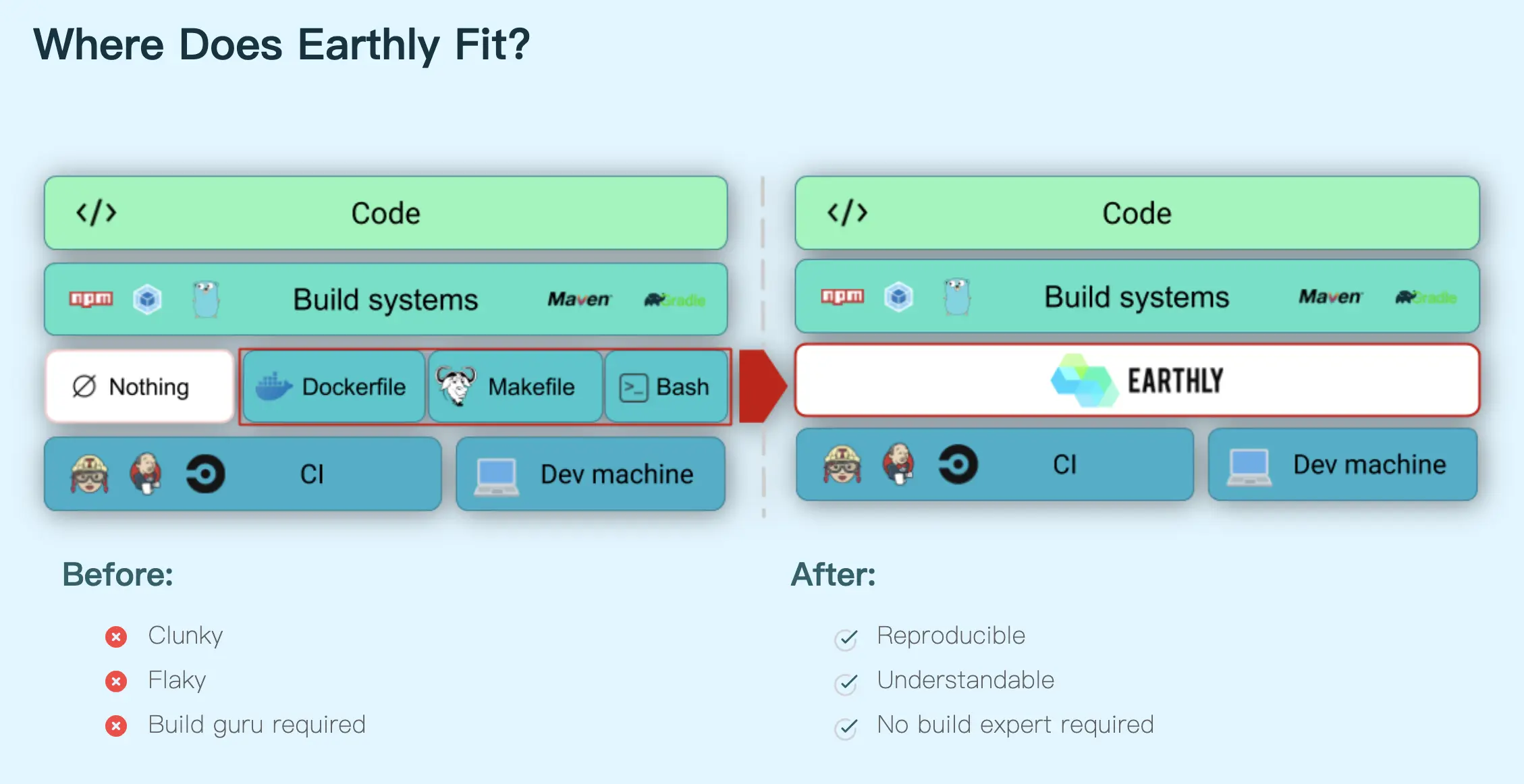 Earthly is a more advanced Docker image builder, Earthly replaces the traditional Dockerfile with its own Earthfile; Earthfile is as Earthly officially describes:

Earthly currently relies on Docker and Git, so make sure you have Docker and Git installed on your machine before installing Earthly.

Earthly is written in Go, so it is mainly a binary file:

Earthly officially supports syntax highlighting for VS Code, VIM and Sublime Text, please refer to the official documentation for details.

This example is derived from the official Basic tutorial, the following example to compile a Go project as a sample:

first create a directory of any name in which the project source code files and an Earthfile file.

Once we have Earthfile we can use Earthly to package it as a mirror. Once the build is complete, we can view the image we just built directly from docker’s images list and run:

Earthfile contains Makefile-like targets, and the different targets can be referenced by a specific syntax, each target can be executed separately, and earthly will automatically resolve these dependencies during execution.

This multi-stage build time syntax is flexible enough that we can run separate commands at each stage and use different base images; as you can see from the quick start, we always use a base image ( golang:1.17-alpine), and for applications like Go that compile with their own runtime and do not rely on their language SDK, we can in fact put the “distributions” inside a simple runtime image, thus reducing the size of the final image: 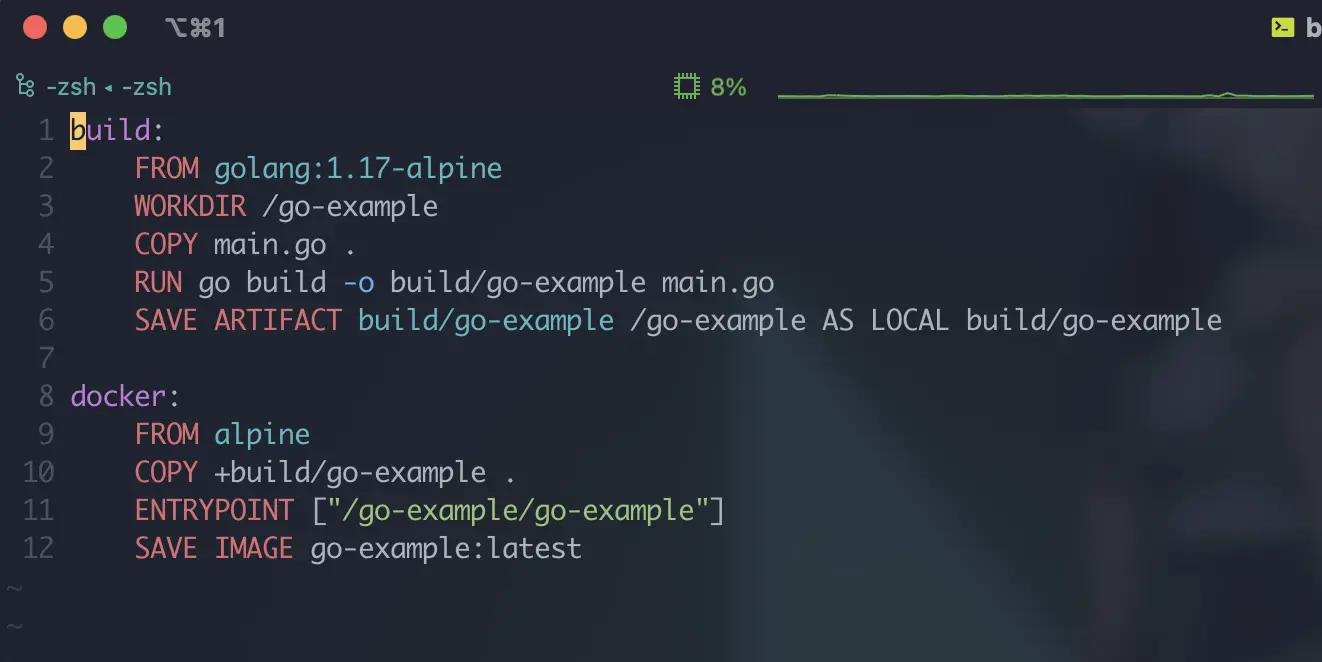 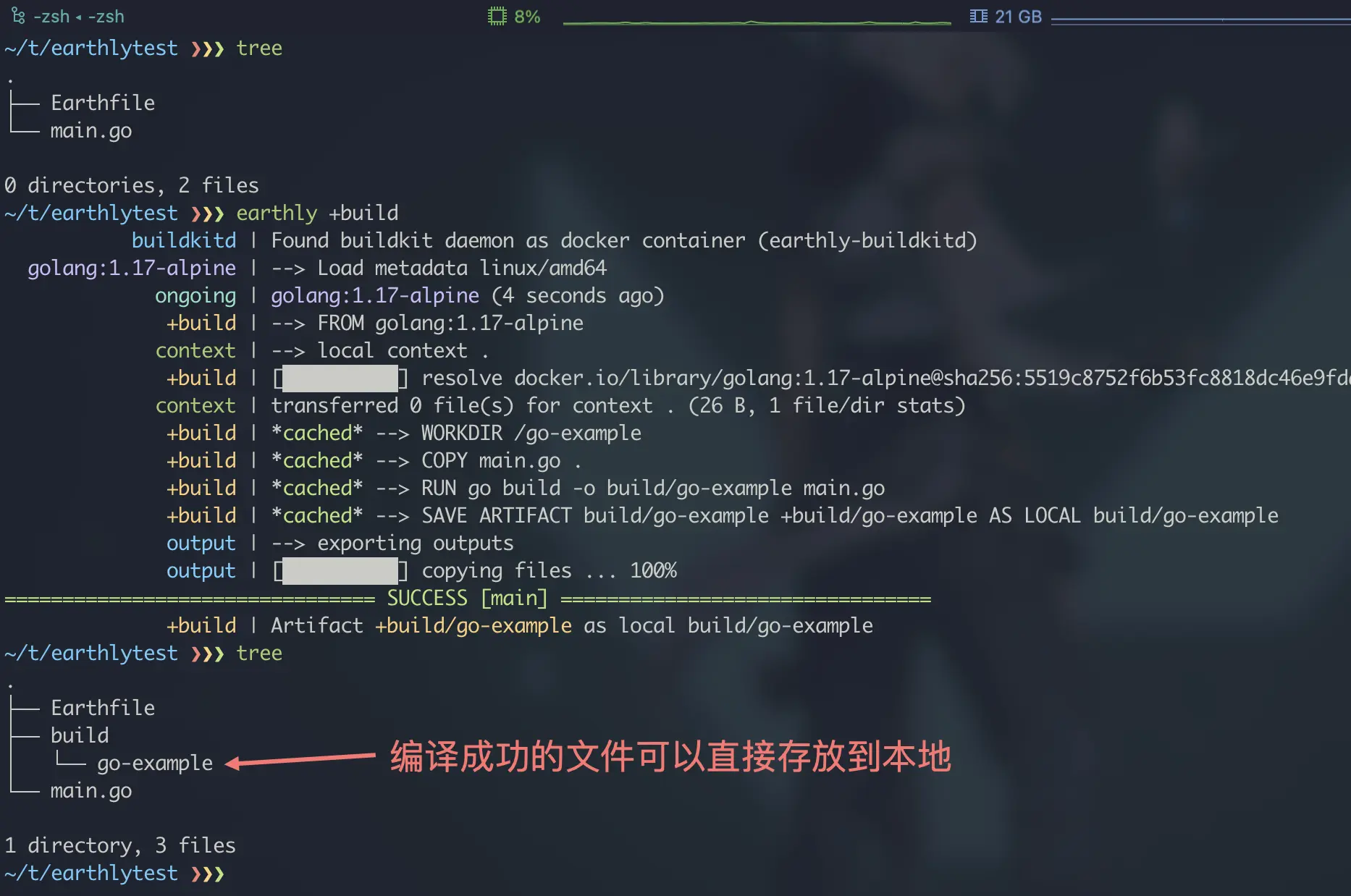 After the other phases are verified, we can run the final target directly, and earthly will automatically recognize the dependency and run its dependent target automatically: 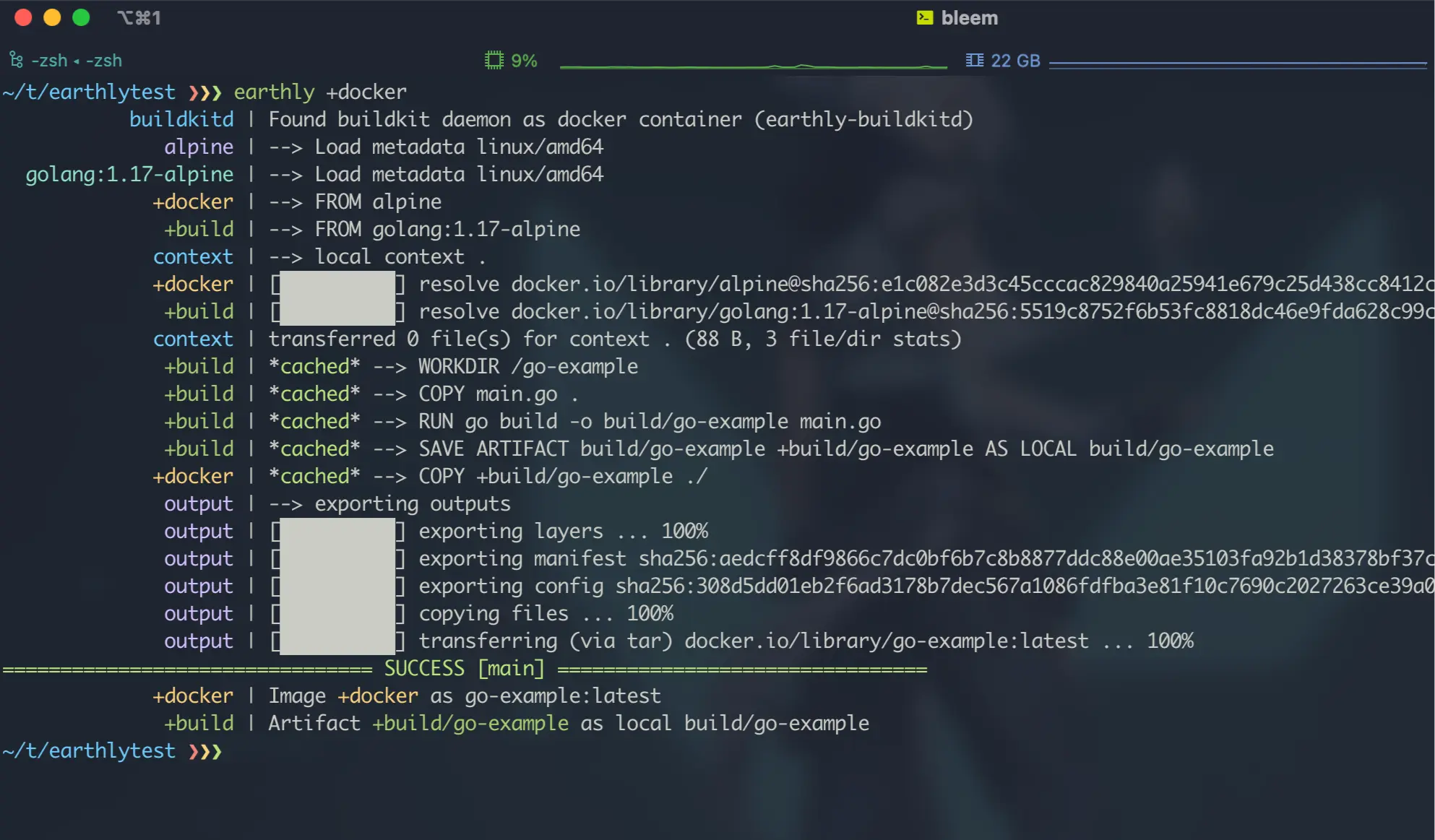 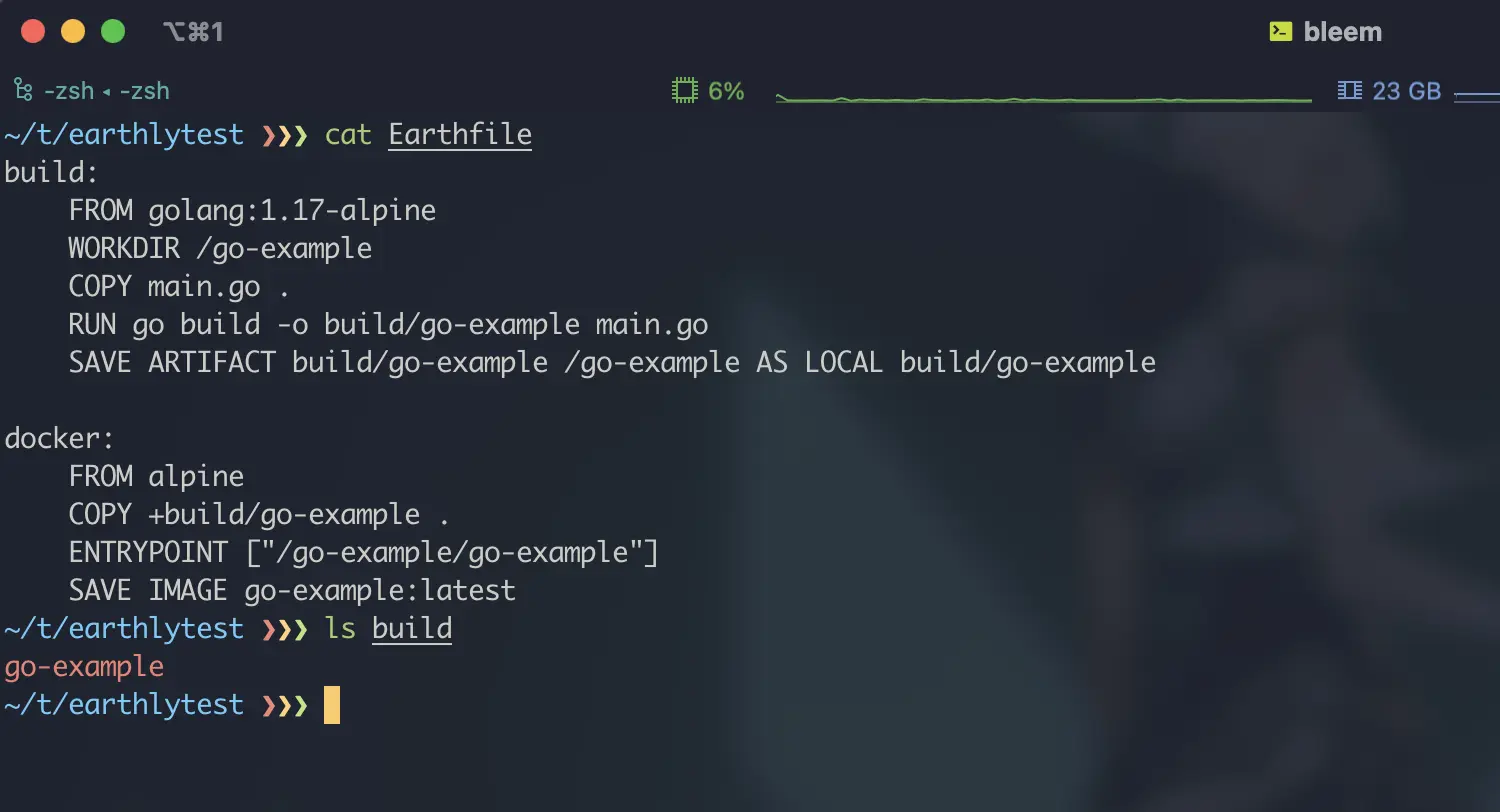 The GIT CLONE command is used to clone a given git repository into the build environment; unlike the RUN git clone... command, GIT CLONE runs through the host git command, it does not depend on the git command inside the container, and you can also configure git authentication directly for earthly to avoid leaking this security information into the build environment; please refer to the official documentation for more information on how to configure git authentication for earthly. here is a sample of the GIT CLONE command: 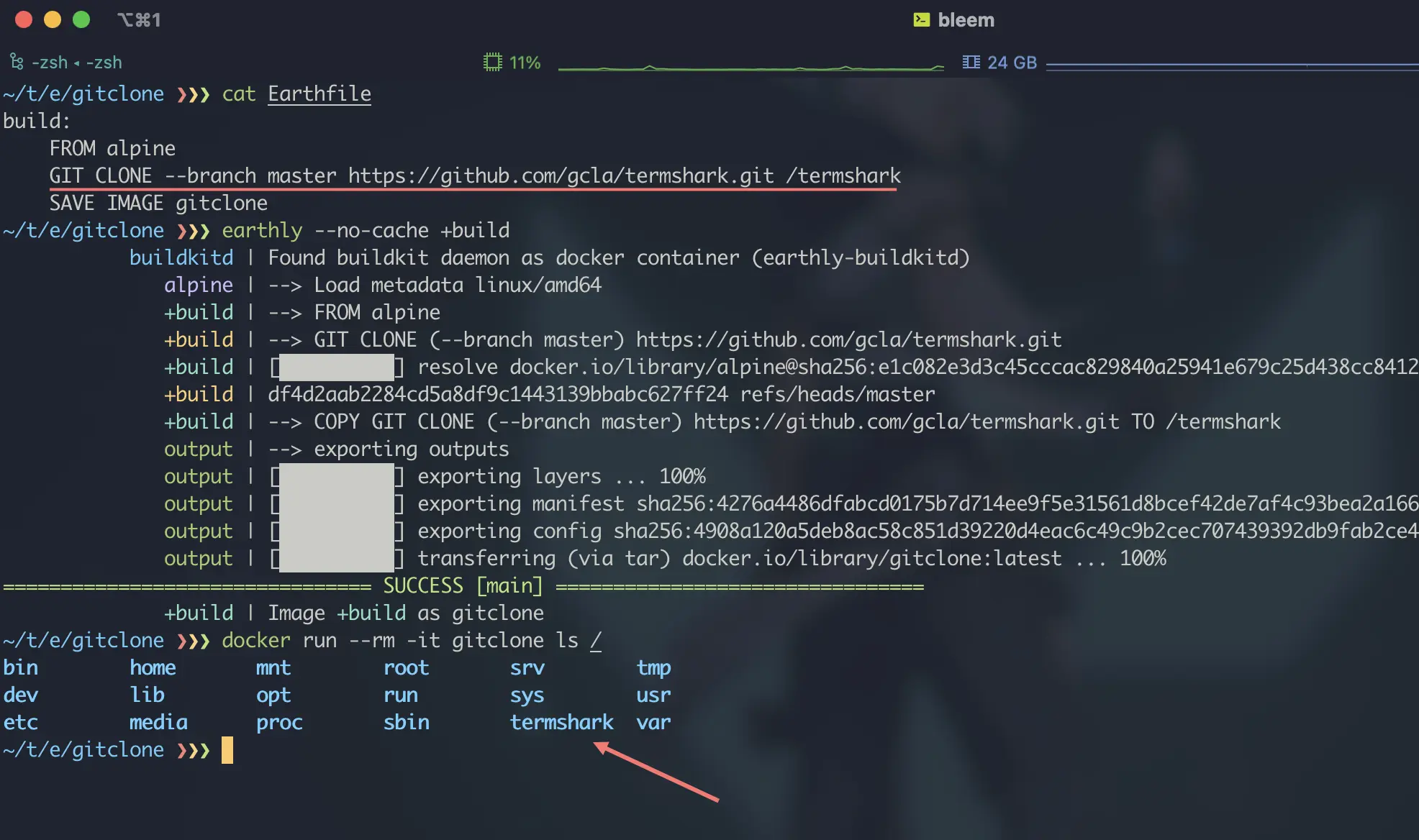 The RUN command is consistent with the standard use of Dockerfile, but with more extended options, the command format is as follows: 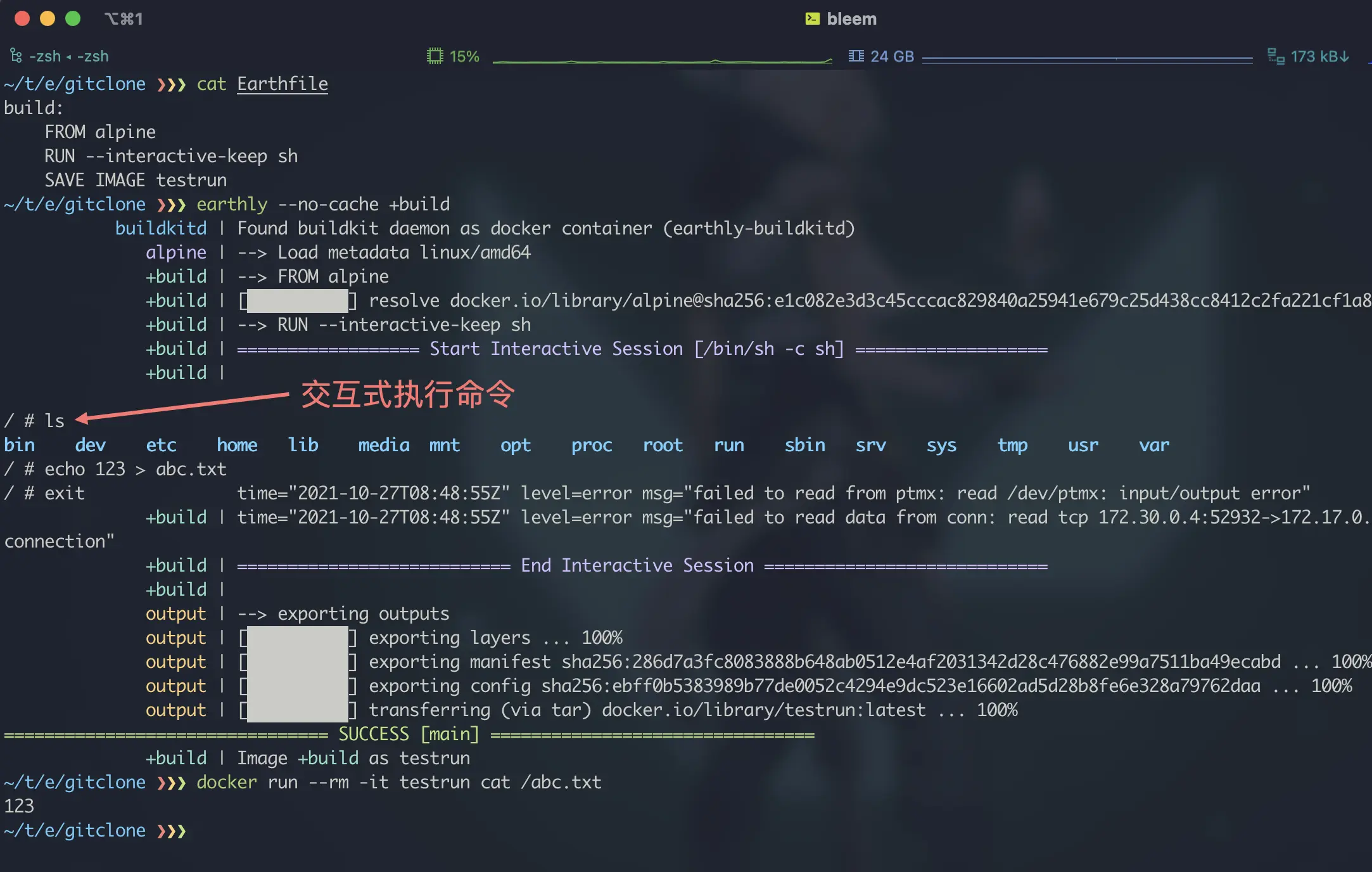 For reasons of space, please refer to the official documentation Earthfile reference for other specific commands.

Not only can UDCs be defined in an Earthfile, UDCs can be referenced across files and directories: 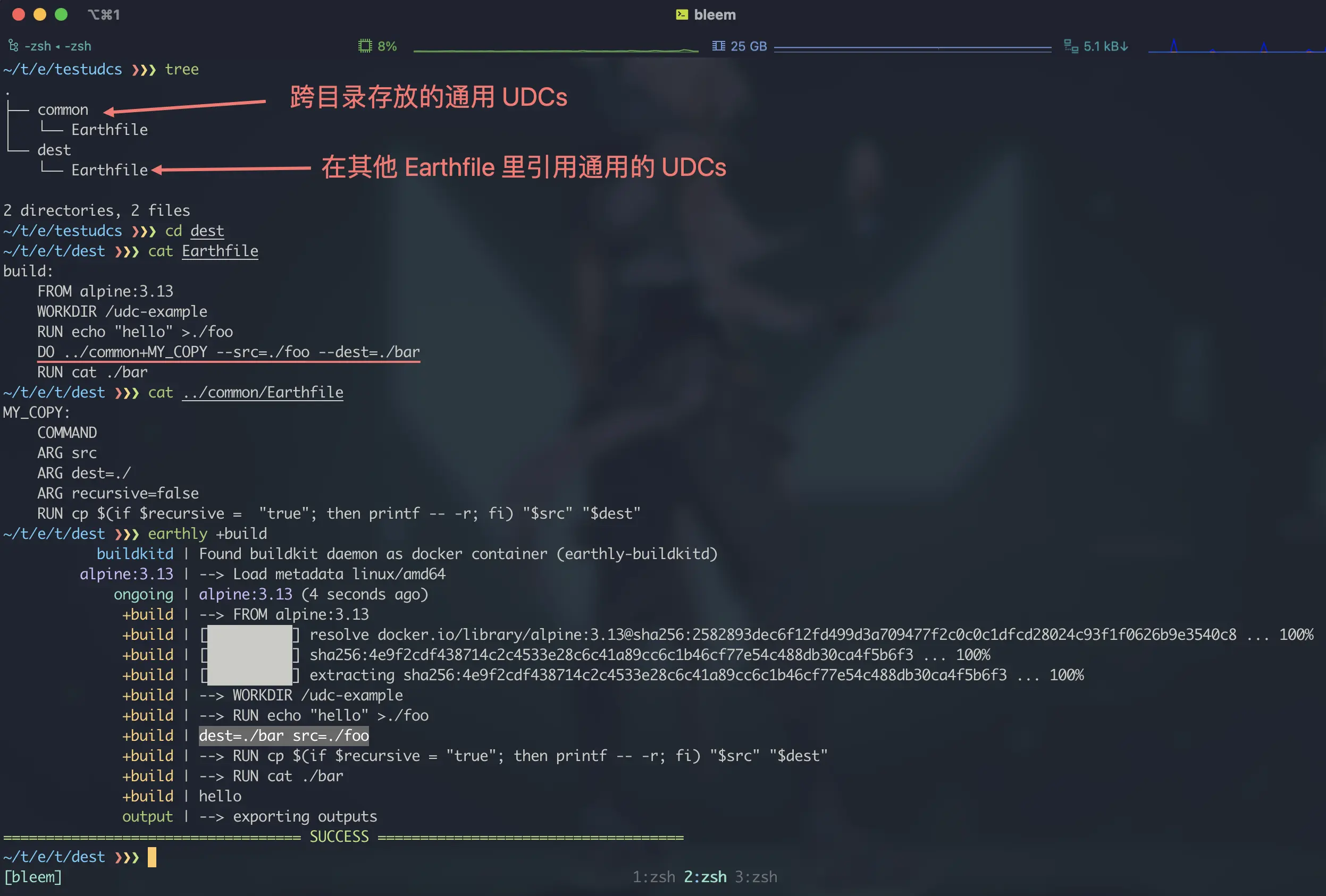 With UDCs, we can abstract all the operations such as version control of the base image and general handling of special images in this way, and then each Earthfile can refer to them as needed.

The above Earthfile will automatically build all four platform images and keep a single tag when running the earthly --push +all build, and will also automatically push to Docker Hub thanks to the -push option: 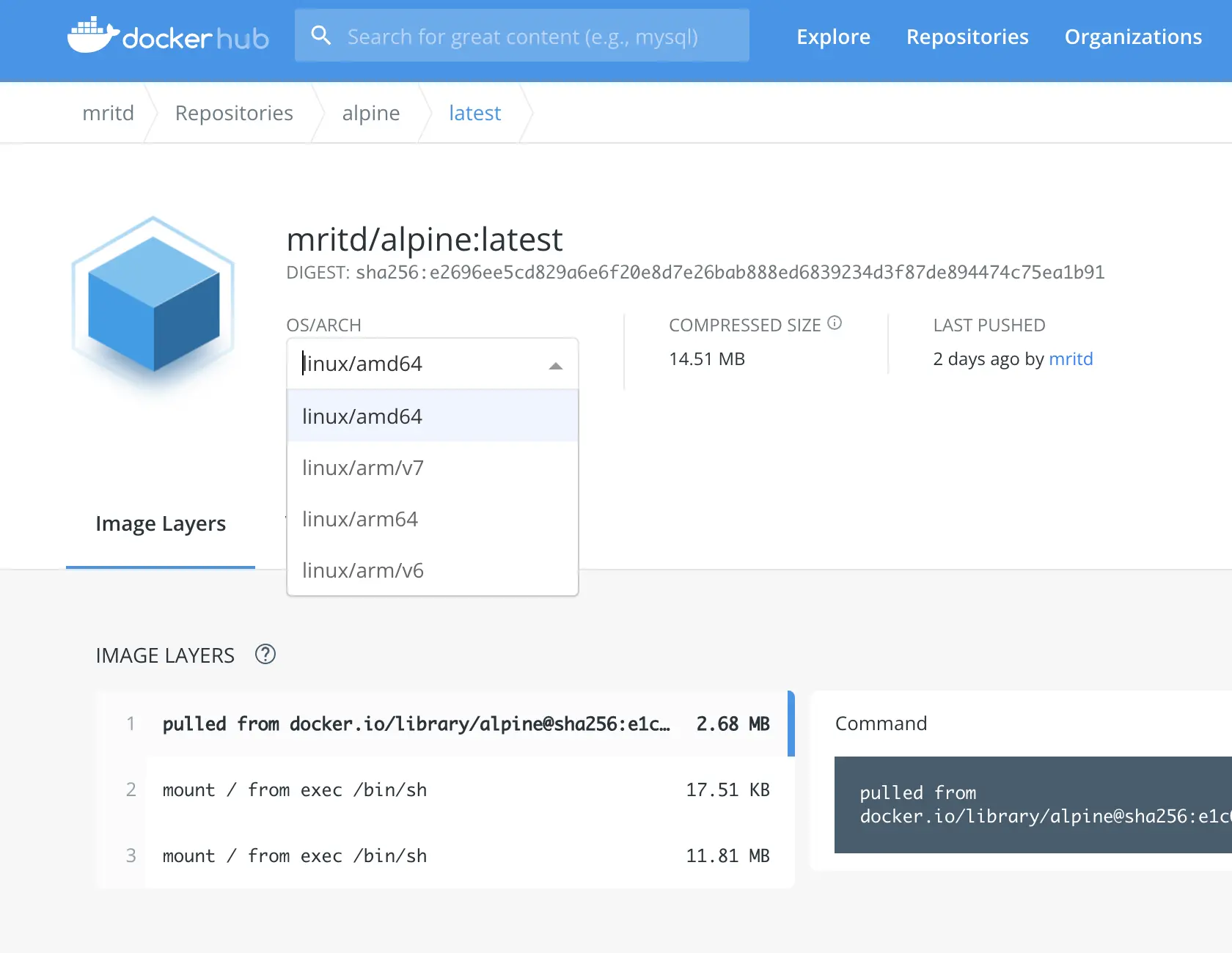 Earthly makes up for many of the shortcomings of Dockerfile and solves many of the pain points; however, it may also require some learning costs, but if you are already familiar with Dockerfile, the learning costs are actually not high; so it is still recommended to switch from Dockerfile to Earthfile for unified and versioned management. This article is limited by space (lazy) many places did not speak, such as the shared cache, so more detailed use of Earthly is best to read carefully official documentation.