Previously, I only knew a little bit about percolator, and my impression of it is that it can implement transaction capability on top of a common distributed KV storage, but the overhead of 2PC + raft process is considerable. A few days ago, I heard that cockroachdb has made some engineering optimizations compared to percolator, so I’d like to learn how to implement this part.

This paper is organized broadly in the following sections.

crdb slices data into ranges, similar to regions in tidb, each range is about 64mb in size, and each range can execute a single transaction internally.

Within each range, crdb allocates separate regions to hold TransactionRecord and WriteIntent, which are the main meta-information related to transactions. 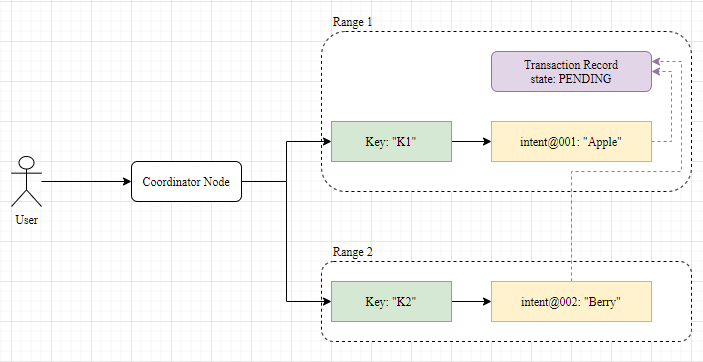 The Coordinator Node is the node that users connect to when they access the crdb cluster, and it makes itself the Coordinator to drive the transaction process forward.

Once all the keys have been written in one phase, the Coordinator drives the commit phase, which is a two-phase commit: the Transaction Record is marked as COMMITTED, which serves as a Commit Point to return a successful commit to the user, and the Coordinator drives the asynchronous cleanup of the Write Intent. If a user accesses the WriteIntent during this period, the status of the Transaction Record is queried and a cleanup convergence operation is performed. 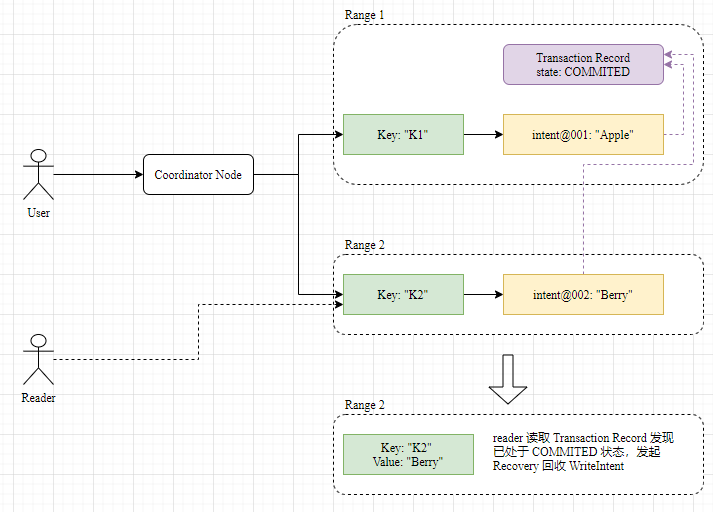 Eventually both the WriteIntent and TransactionRecord are cleared and the transaction is complete.

What happens if the Coordinator hangs

Each range already has a Raft, and the upper layers can generally assume they are reliable. But the Coordinator is a single point, and the probability of it hanging in the middle is not low enough to rely on it to guarantee the reliability of transactions. By design, crdb arranges for the Coordinator to drive the full lifecycle of the transaction, but when the Coordinator hangs, other visitors can still make the transaction go through the visitor-driven cleanup process if they encounter a leftover WriteIntent. Here is the same idea as percolator.

When a Key is accessed and a Write Intent is found to exist, the TransactionRecord is found along with the reference to the Write Intent and processed differently, taking into account its status.

The logic for conflict detection is looked at in detail later.

The Write Intent can be used to track write conflicts, but crdb is Serializable and needs to track read records as well, detecting conflicts for both read and write operations. 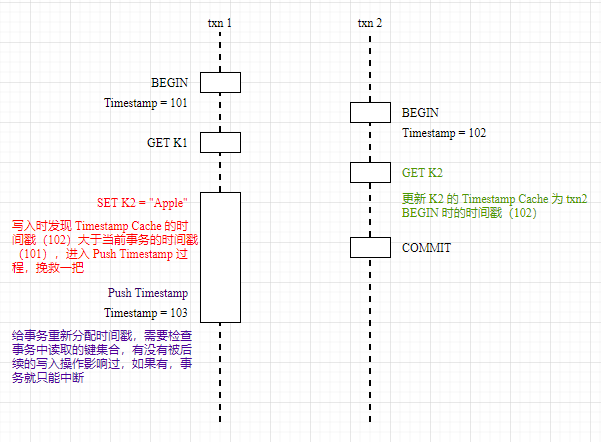 However, the Push Timestamp has to satisfy a certain predicate, that is, whether there is a new write operation in the [original timestamp, new timestamp] range for the key read by the current transaction. If unfortunately there is a new write, there is no way to save it, and the transaction conflict is considered to have failed. This check is called Read Refreshing.

There are several scenarios of transaction conflicts. 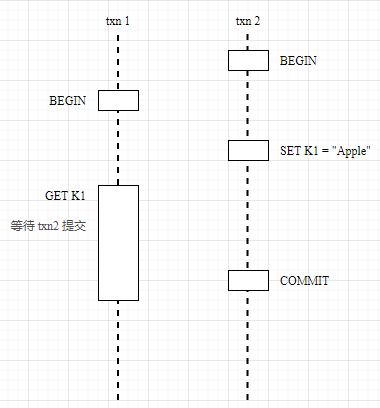 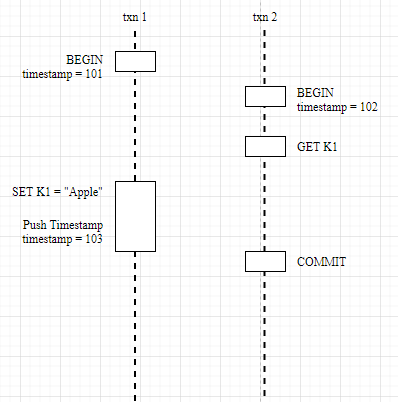 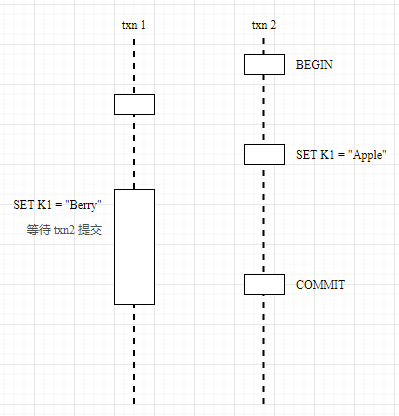 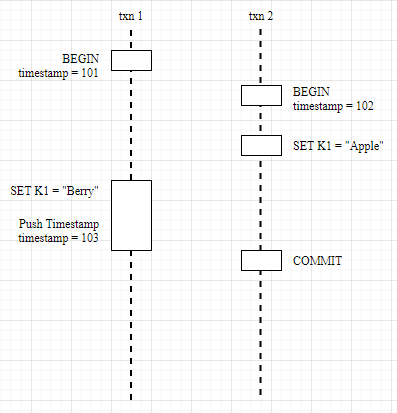 To summarize, there are two strategies for transactions to encounter conflicts.

The performance of the original percolator is very poor: Prewrite of each row of data needs to be replicated, and then each row of data is replicated again by Commit. If the lower level uses Raft to do replication, N rows of data, it is equivalent to perform 2 * N Raft consensus, and each Raft consensus is at least one fsync() trip. In contrast, a standalone DB only fsync() once, no matter how many rows of transactions.

In order to optimize the performance of commit, crdb first does Write Pipelining, where multiple rows of data written in a transaction are scheduled into a pipeline to initiate the consensus process in parallel, which reduces the waiting time from O(N) to O(2), with Prewrite and Commit going through two rounds of consensus process respectively.

Is it possible to further optimize the commit process? crdb introduces a new commit protocol, Parallel Commit, which enables one round of consensus process to complete the commit. The general idea is that in a two-stage commit, as long as all pre-writes have completed, the commit will not fail and the user can be safely returned with a successful commit.

So, how do you determine that all writes are complete? Two changes are made to the Transaction Record: 1. introduce the STAGING state, which indicates that the transaction has entered commit; 2. add the InFlightWrites field, which records the list of keys written by the current transaction. In addition, Transaction Record is no longer created at the beginning of the transaction, but at the time of user Commit(), so that we can know which keys have been modified by the transaction.

As per the example in the official documentation, the process of a transaction roughly proceeds as follows.

If the Coordinator hangs after a commit, the visitor reading the Write Intent’s Key first reads the corresponding Transaction Record and then accesses each Key via InFlightWrites to determine if the write was successful.

It can be seen that while Parallel significantly reduces the wait time for the commit process, the visitor-driven exception recovery process becomes more expensive. crdb still wants to drive the commit process through the Coordinator as soon as possible in the normal process, so that the visitor-driven recovery process only serves as a last resort.