A friend asked me a while ago what the difference between deleting a file and formatting it, and recently I happened to be reading the book “Unix Linux Programming Practice Tutorial”, chapter 4 of which is about the file system.

The internal structure of the Unix file system

The file system is a multi-level abstraction of the hard disk device and contains the following three main layers.

Layer 1: From hard drive to partition

A hard disk is capable of storing a large amount of data. A hard disk can be divided into multiple areas, or hard disk partitions, each of which can be seen as a separate hard disk in the system.

Layer 2: From disks to block sequences 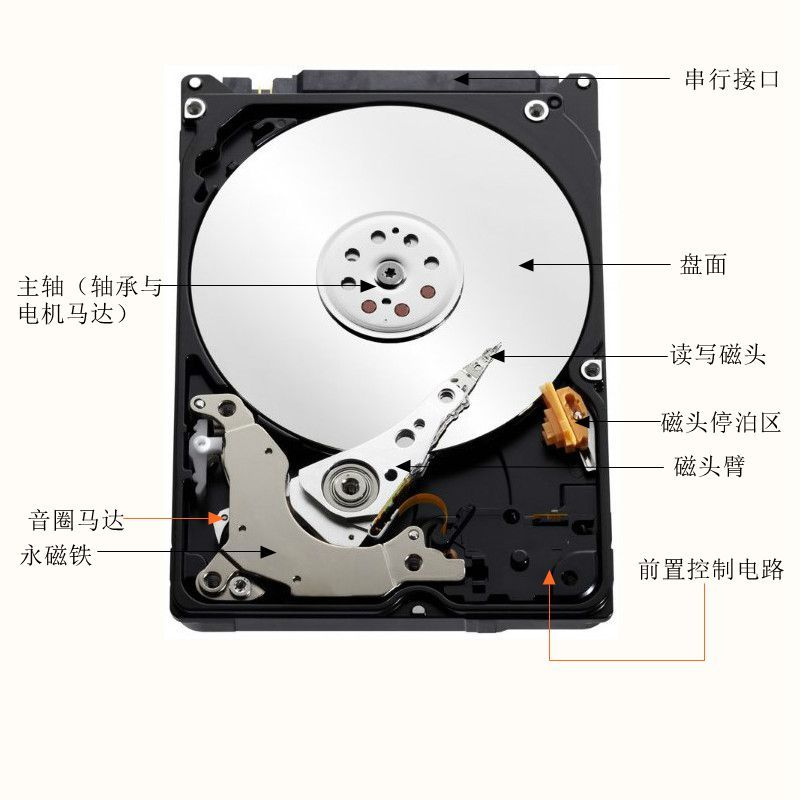 Layer 3: from block sequences to the three zone divisions

The file system can be used to store file contents, file attributes (file owner, date, etc.) and directories. How are these different types of data stored on numbered disk blocks?

When we create a file, there are 4 main operations.

What do I do if I create a large file? A large file requires multiple disk blocks and stores a list of disk block allocations in the i-node, but the length is fixed, i.e. there is an upper limit to the file size, how do you support as large a file as possible?

If a file needs 14 blocks to store its contents, but the i-node only contains an allocation list with 13 entries, this is done by putting the first 10 numbers from the allocation list into the i-node, putting the last 4 numbers into a data block, and then using the 11th entry in the i-node as a point to the data block holding the 4 block numbers. In the end the file uses a total of 15 blocks, the extra blocks used become indirect blocks. 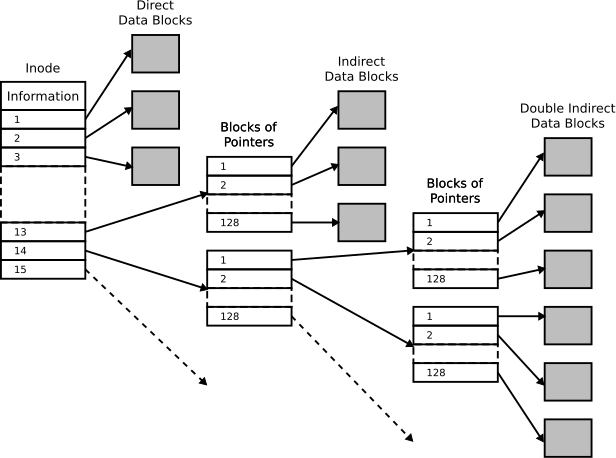 A directory is a special kind of file containing a list of file names. The internal structure of Unix directories varies from version to version, but the abstract model is the same - a list containing i-node numbers and file names.

When a file is to be shared in multiple ways and to ensure that they are one file with multiple valid pathnames, the system introduces linking mechanisms: hard and soft links. Where hard links are consistent with the i-node of the file. The number of hard links in a file’s content itself is 1 when it is first created, and increases when it is created by other means.

Deleting a file removes a reference record of the corresponding file from a directory and reduces the number of links of the corresponding i-node. However, the real content of the file still exists in the block and has not been deleted. If you stop all operations immediately after discovering the deletion, it is possible to recover the data in some way.