Currently, browsers can store cookie/sessionStorage/localStorage/IndexedDB, all of which expose a very developer friendly API, except for cookies. Think back to how we normally manipulate cookies. For example, if you want to retrieve a cookie, you have to parse it manually to get the value of a cookie because document.cookie returns a string that is the union of all cookies.

If you want to add a cookie, then you need to convert the cookie to a string and assign it to document.cookie as below.

However, deleting a cookie is even stranger, as we cannot just delete it, but let it expire.

A new CookieStore API has been introduced based on the above issues.

The above example implements a basic MediaSession. The basic information is instantiated by the global object MediaMetadata, where artwork can be set to multiple values, and the browser automatically selects the best size for the scene, which is then assigned to navigator.mediaSession.metadata. Media control is set via the navigator.mediaSession.setActionHandler method, with play/pause/seekbackward/seekforward/previoustrack/nexttrack corresponding to play/pause/nexttrack respectively. play/pause/seekbackward/seekforward/previoustrack/nexttrack` operations. Once the media has been played, the browser maps the basic information and actions to the system and provides the corresponding action menus in the system.

Under Windows 10, for example, the Media Control Panel appears near the volume control.

On Android, the Media Control Panel will appear in the status bar.

The Media Control Panel also appears in the header of some browsers.

QR codes are everywhere nowadays, but recognising them on the web is not an easy task, either by uploading them to the backend for parsing or by using complex JS libraries. The new BarcodeDetector feature provides a user-friendly API to recognize QR codes locally without the backend.

To use BarcodeDetector you first need to instantiate it, and then pass the image data to the detect method of the instance, which is an asynchronous operation, so the return value is a Promise. Also, a single image may contain multiple QR codes, so the result is an array.

The BarcodeDetector is part of the Shape Detection API, in addition to the TextDetector and the FaceDetector, which correspond to text recognition and face recognition respectively, the following is an example of text recognition

TextDetector is not yet stable, so it may not be able to recognize text on canvas, and uploaded images may not be recognized accurately.

Use the script above top-level await to directly remove the async function .

If a module uses top-level await , then other modules that refer to it will wait for it to resolve .

The top-level await is ideal for certain scenarios.

We know that static import does not allow for conditional import, for example the following code is not legal.

Conditional static imports can be simulated by using top-level await in conjunction with dynamic import.

When we introduce a static module, if the module fails to load, then all other modules that reference it will not work properly.

Dependency fallback can be achieved with top-level await and dynamic import.

Previously, when a resource needed to be initialized asynchronously, it was usually written in the following way.

Note that the above code is only an example, there is a lot of error handling required in practice

In the above code, the synchronous sendMessage method is forced to become asynchronous by the asynchronous getWs method, which can be avoided by using top-level await.

If you want to accurately represent integers beyond SAFE_INTEGER, it is common to convert them to strings and then implement various string operations (I’m sure many of you have done the algorithm for adding strings of numbers, e.g. '123' + '789' = '912').

BigInt can represent an arbitrarily large integer, even if it is outside the range of SAFE_INTEGER, to ensure precision. A BigInt can be declared by adding n to the number or by using the BigInt method:

BigInt can be converted to number, and if BigInt exceeds the range of SAFE_INTER, then the converted number will lose precision:

BigInt also supports comparison operations, and can be compared with number:

Note that BigInt is a normal method like Symbol, not a constructor, so it cannot be instantiated by new:

JavaScript has 7 data types undefined / null / boolean / number / string / symbol / object , BigInt is the 8th data type, the value of typeof 1n is bigint , and is a basic type.

Often, if a number is unusually large, we add separators to the display to make it more readable: 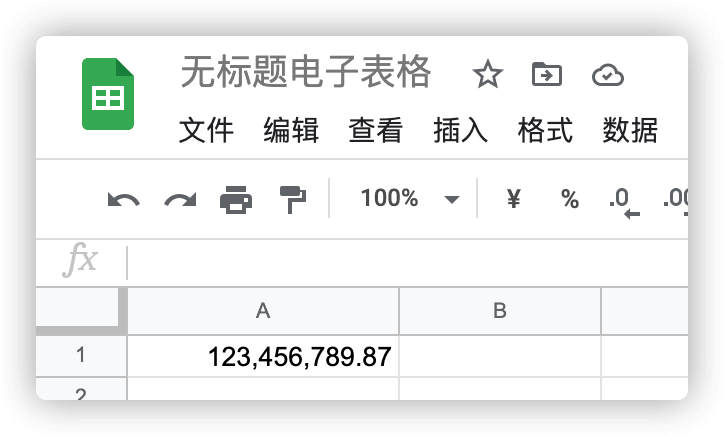 is now usually a thousand-digit separator, supposedly derived from the English thousond/million/billion/trillion/…, with a proper noun for each additional 3 digits (https://en.wikipedia.org/wiki/Namesoflarge_numbers). For me it’s more of a ten-thousand separator, probably because I got used to it in primary school maths.

Now, the Numeric separators feature allows the insertion of _ separators between numeric literals to make them more readable.

_ The separator can appear in the integer part, or in the decimal part. In addition to decimal, separators can also appear in other decimal systems

The above code adds separators every 3 digits, however, it is important to note that separators can only be added between numbers, not at the beginning/end of numbers/binary symbols/decimal points/scientific notation, and not two separators in a row, as the following separator positions are wrong.

In addition, the number separator also applies to the BigInt mentioned above.

Where, the spaces on either side of / are optional.

If you want to achieve a rectangle with a specified ratio, you usually use padding, which takes advantage of the fact that the percentage is calculated based on the width of the parent element, but the real content often needs to be placed in an additional child element and absolute positioning needs to be set:

The aspect-ratio property allows us to set the aspect ratio of an element directly. The example above using aspect-ratio would look like this

The calc method can be used to perform mathematical calculations in CSS, and now there are three new methods min / max / clamp .

The max method takes one or more values and returns the maximum of them, in the example above, the result is width: 80px; .