In Android window management, all windows are organized in a tree data structure, and knowing the tree of WMS helps us understand the management and display of windows. At the same time, the hierarchy of WMS also determines the hierarchy of SurfaceFlinger, which determines its display rules.

Before we start, we have roughly organized the relationship between the various nodes in the system. 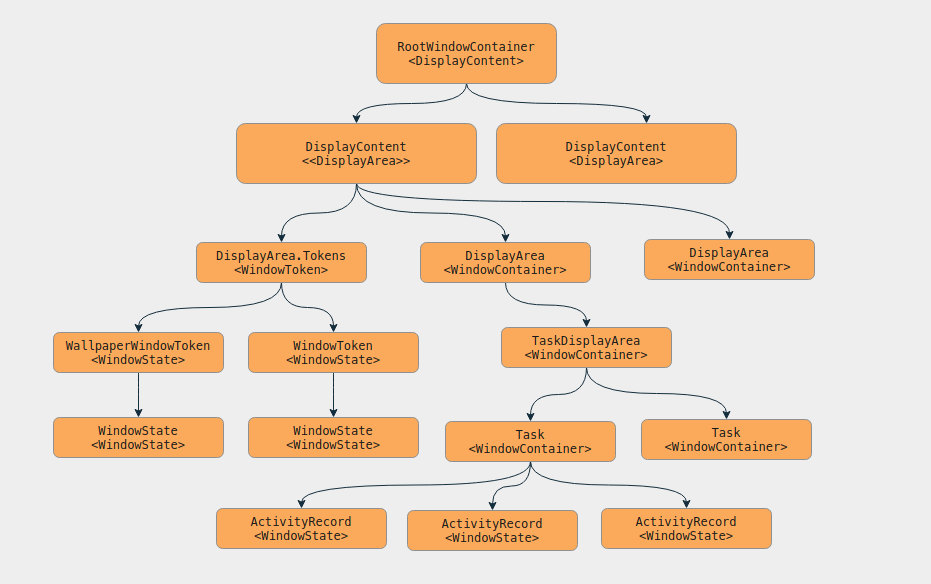 As you can see from the above diagram, the nesting relationship between nodes is quite complex (and this does not include the hierarchy after the introduction of the Feature mentioned in the following section), the top of the hierarchy is RootWindowContainer. Its child node can only be: DisplayContent.

Let’s take a look at the DisplayContent constructor. The core logic is just one sentence, relying on the DisplayAreaPolicy for cascading initialization.

On Android 12, Feature comes in handy, with the following Feature: added natively

After marking, you need to generate the window level according to the chart, the first marked chart to move up, move up rules: If the color block above is blank, you can move up until the top is the color block (I do not know if you have played the game 2048, move up logic is the same ~) 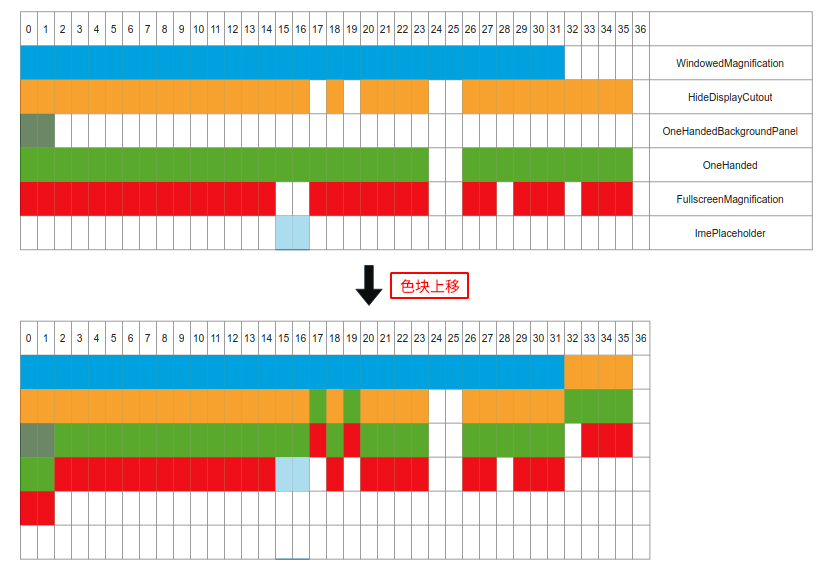 After moving up, we get the final diagram, and next the hierarchy is constructed using the following rules.

With the above construction rules, we can obtain a tree hierarchy with the following characteristics.

After generating the tree, we save two things.

Now, although our WMS hierarchy is built, but for these Feature have no role at all, this piece is intended to be placed in the WM Shell topic to explain ~

As in the native demo, we can create two DisplayAreaGroups and split the screen in two to place each of them, both of which can be used as application containers, and unlike split screens, the two areas can have different Feature rules and other features, such as setting different DisplayArea#setIgnoreOrientationRequest values.

DisplayAreaGroup and DisplayContent are both direct subclasses of RootDisplayArea, and DisplayAreaGroup can be thought of as a Display divided into multiple Logical Displays, right? Of course, although AOSP introduces this concept and code, it is not actually used, so we can only get a glimpse of it from the test code DualDisplayAreaGroupPolicyTest.

WMS-related content system is too much, this article is only to analyze the top-level structure of the WMS window hierarchy, for the specific window addition and removal management has not been involved, the same, the native use of new Feature nodes are not involved (most of which are packaged into the WM Shell)