The following scenario exists: when the audio player is in different states such as loading resources, playing audio, finished playing, etc., it performs different actions (such as updating UI state) through some mechanism. That is, by listening to some objects and triggering different events when their state changes.

The above scenario can be implemented through EventEmitter, which can correspond to at least two patterns: Observer pattern and Publish/Subscribe pattern. Let’s understand these two patterns.

This behavioral pattern is concerned with the communication between the observer and the observed, and the publish/subscribe pattern is derived from it. 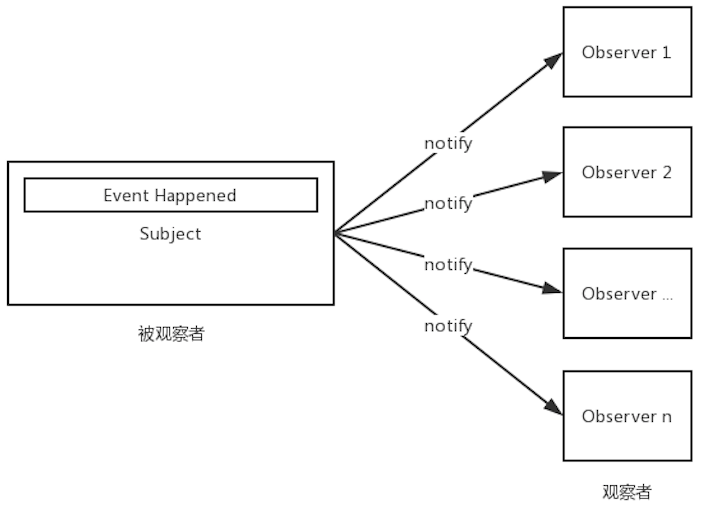 Since the observer pattern has no dispatching center, observers must add themselves to the observed for management; the observed will actively notify each observer when it triggers an event. 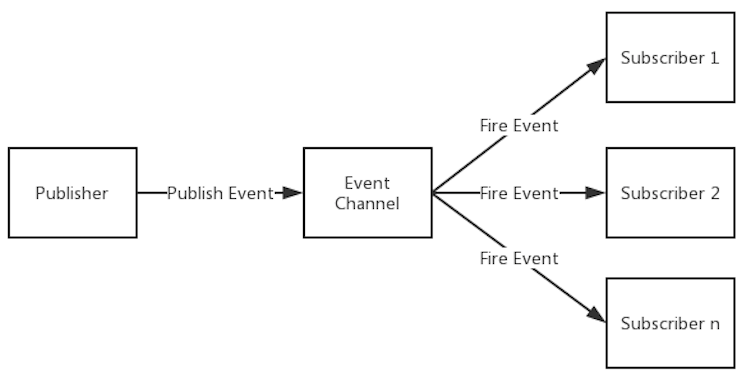 Compared with the two patterns, the publish/subscribe pattern facilitates decoupling between systems and is suitable for handling cross-system message events.

EventEmitter is a class in the Node.js events module, used for unified event management in Node.js. By looking at its source implementation, we can try to construct our own EventEmitter to meet the scenario at the top of the article, as reflected in the following implementation of the publish/subscribe pattern.

The EventEmitter instance has the following main methods. 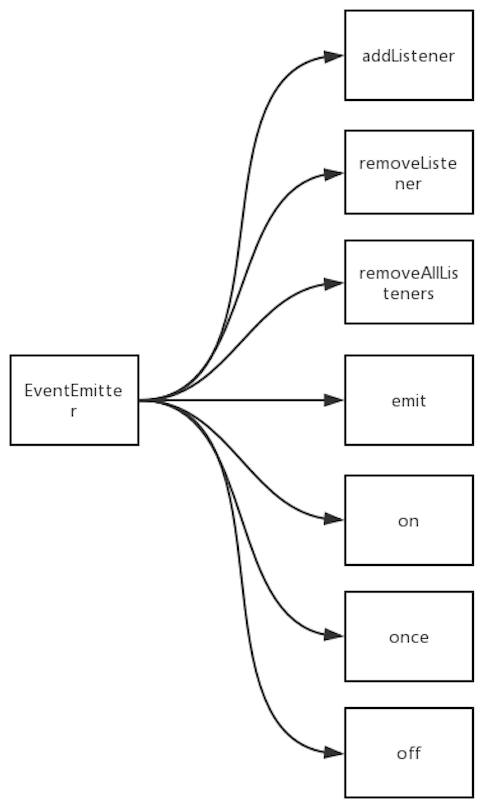 Note that when calling the off method, the Listener function passed in should be the same as the Listener function passed in the on method, do not pass in an anonymous function, otherwise the off method will be invalid. This is because in JavaScript, (function) objects are passed by reference, and two functions with the same logic are not equal. Therefore, we define the function first and then pass the function to the on/off method.

Also, when an instance fires an event, all the Listener associated with it will be called simultaneously (see the emit method implementation: a circular array, called in sequence).

In the official events implementation, when calling the removeListener method to remove a Listener function, a custom spliceOne method is called, which is more efficient than splice.

The implementation is as follows.

return this returns the current instance of the object. In the EventEmitter implementation of this article, this refers to the emitter, which allows for chain calls.