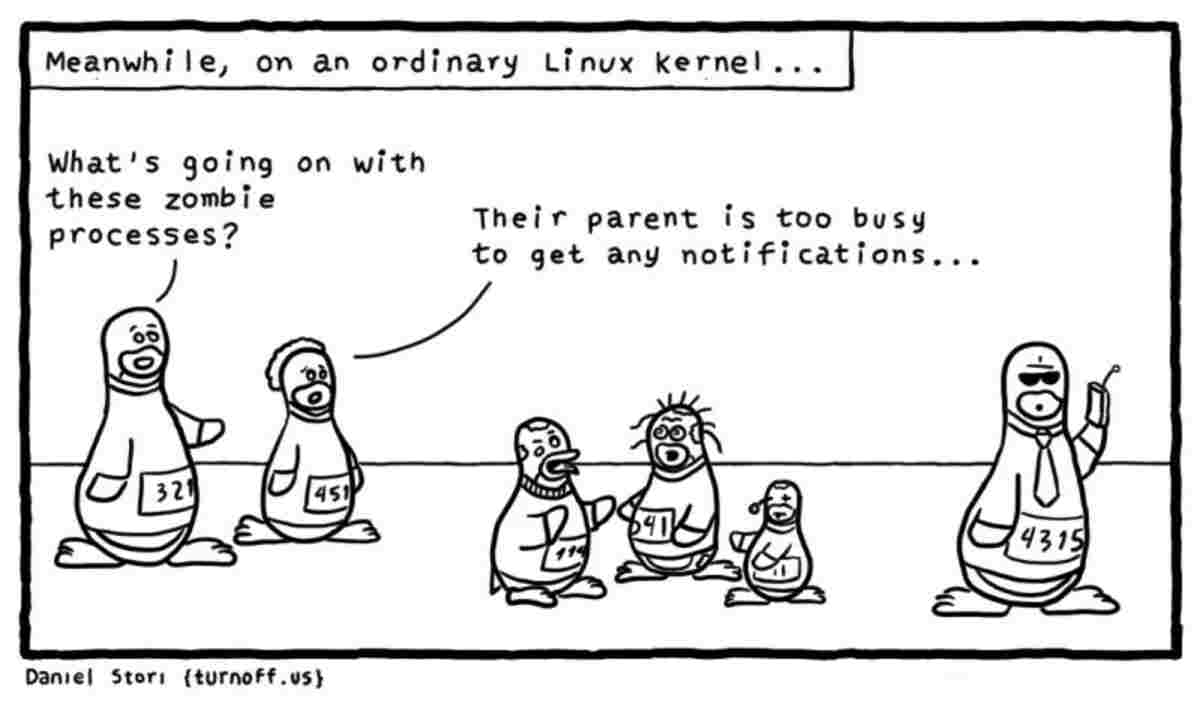 Before we get into the Zombie process, let me recall what a process is in Linux.

In Linux, every process has a parent process, except for the first init (or systemd) process with a PID of 0. Processes also have their own child processes.

Use the pstree command to view the process tree in the terminal, and also to view the “family” of system processes. In this tutorial we will explain how to find and kill zombie processes in Linux.

What is a zombie process in Linux?

Do we need to worry about zombie processes?

Truth be told zombie processes are not as dangerous as their name sounds.

Problems can occur if your system has limited memory or if there are too many zombie processes taking up memory. In addition, most Linux processes can have a maximum PID of 32768, and your system may crash if other processes do not have available IDs.

How to find zombie processes?

A process in Linux can have one of the following states.

But where can you see the processes and their respective status? An easy way is to use the terminal and top commands. 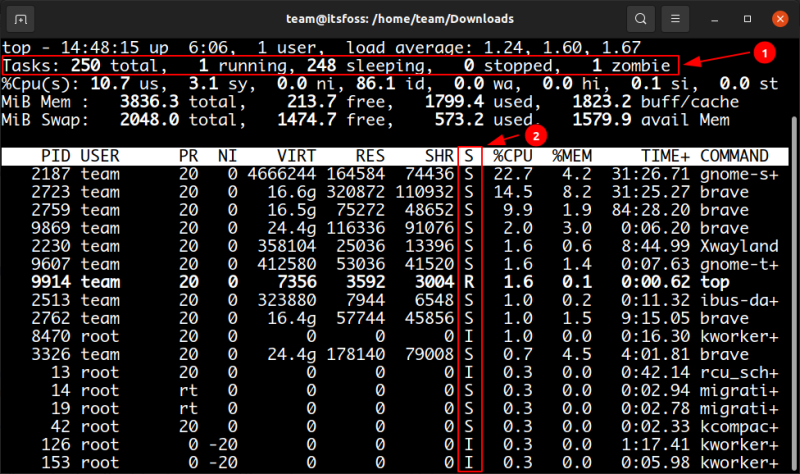 As you can see in the screenshot above, there are a total of 250 tasks (or processes), 1 is running, 248 processes are dormant, and 1 is in a zombie state.

So, first, let’s list the zombie processes so we know their IDs, which can be done by using the ps command in the terminal.

Column 8 of the ps ux command output shows the status of the process. You are asked to print all matching rows for which the process status is Z+ (indicating zombie status).

After determining its process ID, let’s get its parent process ID.

Alternatively, you can combine the above two commands in the following way, which directly provides the PID of the zombie process and the PID of its parent process.

Here you get the parent process ID, so finally you terminate the process by entering the corresponding ID process you got earlier in the command line.

You can verify that the zombie process is killed by running the ps command again or even the top command.

Now you know how to get rid of zombie processes.