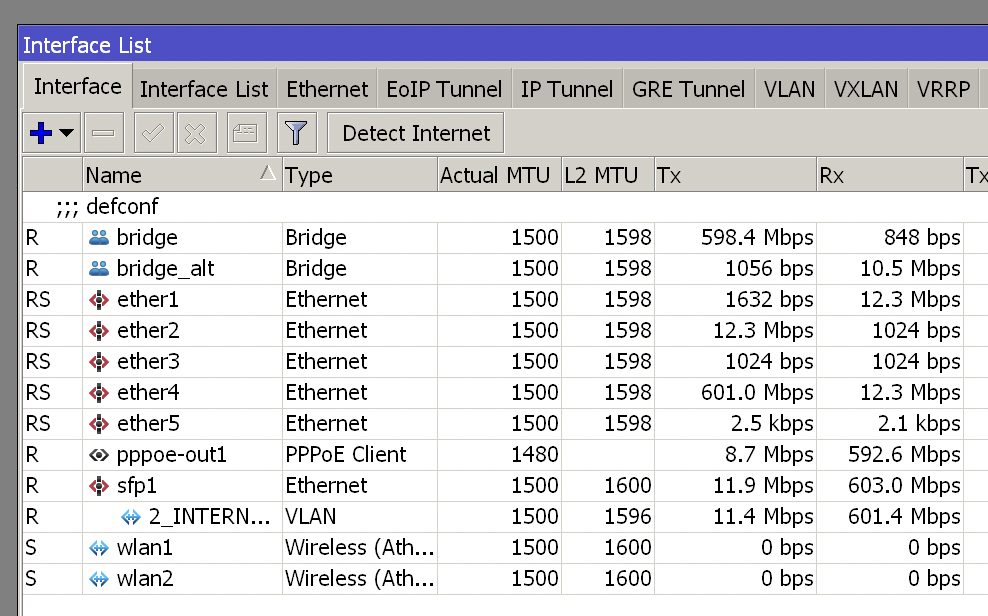 Bypass routing is a homelab common requirement, the main route with hard routing to ensure stability, such as using Mikrotik’s RouterOS router as the main route, bypass routing using OpenWrt as a soft route to achieve advanced features such as ad filtering and tunneling, these functions are often not hardware accelerated and need to consume a lot of CPU to complete, x86 high performance soft routing is a very suitable choice. It can reduce one NAT on the bypass route (for IPv4 only), improve the rate, and facilitate the management of the primary route than using secondary routes.

In this paper, we propose a special bypass routing scheme that is somewhat practical in addition to the whole live, or it can also be called a secondary routing scheme for IPv4 without NAT.

Environmental information in this paper.

During the backhaul (download) of the general link, the target IP of the ingress packet after the main route NAT is the client’s intranet IP, which reaches the client directly through the switch without going through the bypass route, so it is theoretically possible to run a full two-way gigabit to the external network.

The first problem is IPv6. IPv6 does not have a separate gateway option for SLAAC (so far Android only supports SLAAC, not DHCPv6), if a machine does RA (route announcement) and lets the client get the prefix, then the client will consider it as the gateway. Since the public IPv6 prefix is obtained by PPPoE, it is inevitably the primary route that does the RA, and it automatically becomes the IPv6 gateway for all clients, and it is not possible to specify the bypass route as the gateway again. 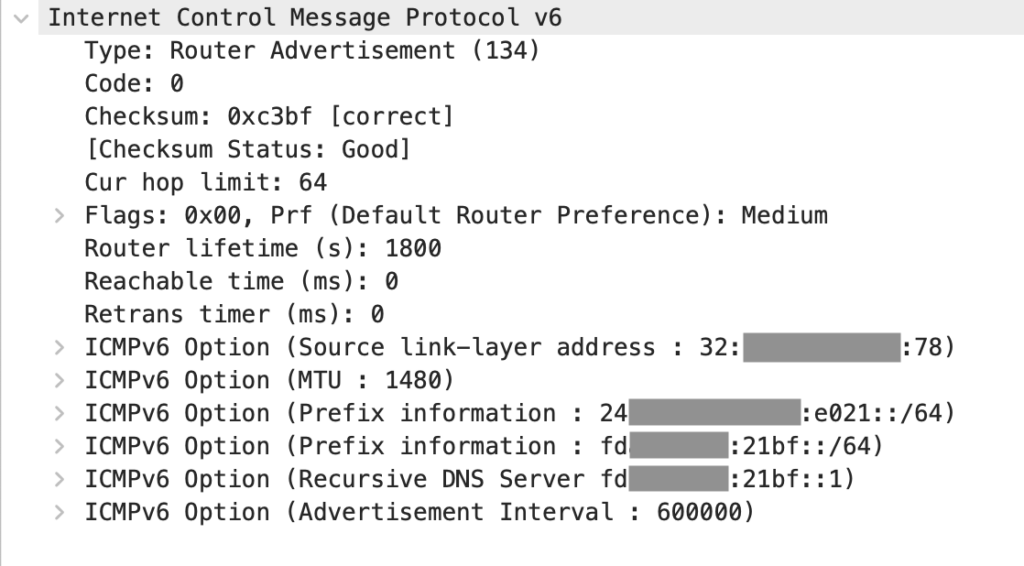 On the other hand, IPv6 requires all devices (Nodes) to choose between the roles of Router and Host, and bypass routing is exactly one device that acts as both Router and Host.

In fact, there is no need to use bypass routing for IPv6, as IPv6 does not normally use NAT, and all the router does here is just forwarding, so we can safely use IPv6 secondary routing.

Another issue is the gigabit bottleneck, which only exists for non-directly connected traffic (e.g. tunnel traffic), i.e. traffic that goes through the tunnel, the speed of the upstream and downstream total cannot exceed 1Gbps, because the tunnel traffic backhaul also needs to go through the bypass route. For directly connected traffic, as described in the first section of the article, there is no gigabit bottleneck because the return trip does not need to go through bypass routing, so the sum of upstream and downstream speeds can reach 2Gbps, i.e., run full. However, this problem usually does not bring impact (what public network tunnel can gigabit peering), but it would be good if it could be solved together.

To avoid confusion, we will use “soft route” to refer to our original logical bypass route (i.e. the soft route of the OpenWrt)

The topology is as follows. 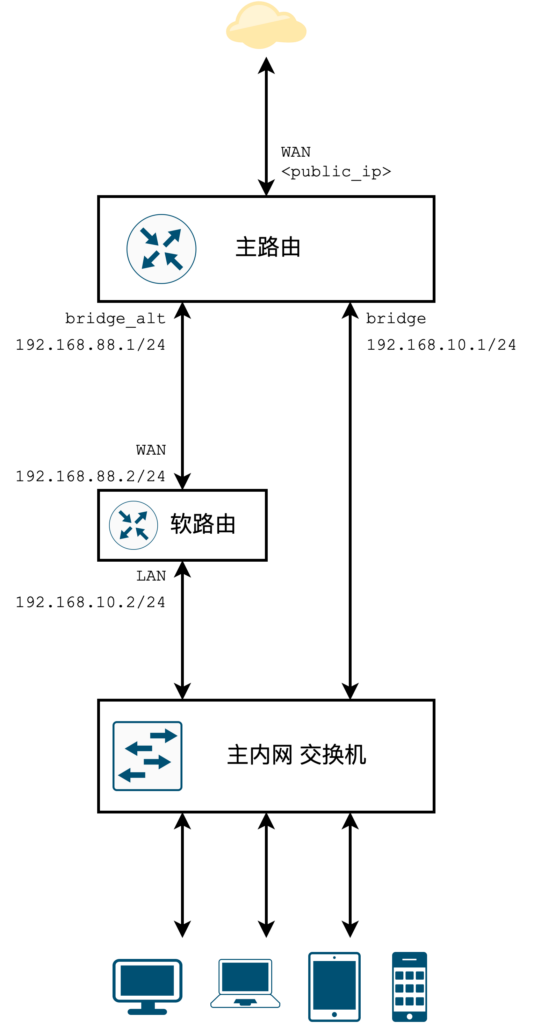 Only the parameters for the IPv4 portion are listed here. the IPv6 portion is the same as the standard IPv6 secondary route, but note that the IPv6 RA and DHCP Server should run on the bridge_alt interface (see below).

If your primary route has a hardware switch and many unused ports, you can omit the “primary intranet switch” so that the bypass route is connected to the primary route via two wires, but does not form a loop.

The following is a detailed description of the IPv4 configuration.

On the primary route, based on the factory settings of the router mode (e.g. Home AP Dual, etc.), make the following changes:

Then you will connect soft route’s LAN, primary route’s bridge and primary intranet’s device to the switch according to the topology diagram, and the IPv4 setup is done.

About IPv6 configuration, it is similar to the standard IPv6 secondary route, only the interface settings of RA and DHCPv6 Server are different, there are very many good tutorials on the Internet for this part, for example: https://wu.renjie.im/blog/network/ros-dhcpv6/zh-cn/, the following only write out in this article Here are only the points that need attention in this article.

On the primary route, IPv6 address settings (RA is included) and DHCPv6 settings need to be set on and only on the bridge_alt interface, and should not have any settings on bridge. In other words, under IPv6, the primary route will not use the primary intranet bridge , bridge’s IPv6 RA and routes are entirely handled by soft routes, and bridge acts as a subordinate route to bridge_alt, forming a standard IPv6 secondary route.

As for why we can turn off NAT on the secondary router, think about why we need NAT on the router: if we have a normal router connected to a higher-level network and turn off NAT, then the packets we send can actually still be sent to the remote server normally, but since the source IP address in the packet is still our client’s intranet IP address, it can’t respond to us via our internal IP address to respond to us (in fact, it is usually not accepted directly by the firewall of the remote server). And masquerade NAT is a special kind of src nat, which will always use the router’s local address as a replacement for the source address of the IP packet, thus allowing the response packet from the remote server to be sent correctly to the router, which will then forward it to the client.

Finally, the methods in this article are more whole-live oriented. There is nothing wrong with using a single route directly, or a normal secondary route, or even using traditional bypass routing and turning off IPv6 (after all, in 2022 ISPs and CDNs are still optimizing for IPv4, and many places are still “turning off IPv6 to improve the Internet experience”). However, one of the joys of homelab is to toss around various non-standard solutions and configurations, and this article also proposes a bypass routing + normal IPv6 solution.