In non-phased build scenarios, when using containers for builds, we can mount the cache directory in the container to the build host to perform the build task; then copy the product to the run image to make the application image. However, in a phased build, the build image and the run image are in the same Dockerfile, which makes it difficult to optimize the cache for third-party dependencies. 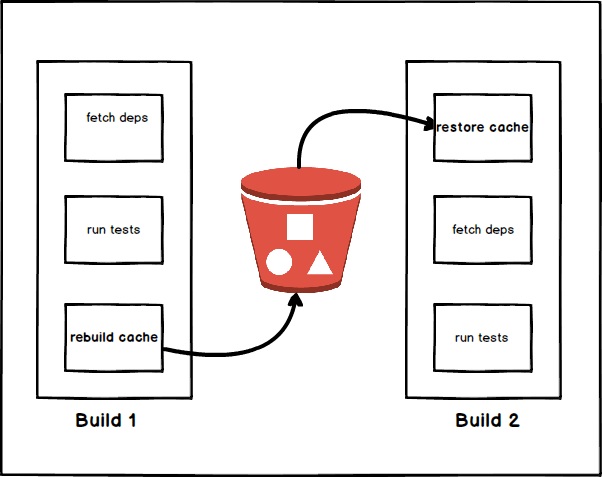 At this point, the project already contains all the dependencies and you can run the project directly:

Dependency packages are usually not committed to the code repository, so to better simulate the build scenario, here we remove the dependency and build.

Go to the project directory:

Edit and save the Dockerfile file.

Execute the command to create a container.

Open locally: http://localhost, you can see the page.

The idea of this approach is to store third-party packages in a separate cache image and mount the files from the cache image to the build environment when building the application image.

Buildkit is turned off by default. There are two ways to turn on Buildkit:

Each command that uses the cache needs to be preceded by -mount.

As you can see, after adding the cache, the total time to execute install and build drops from over 100 seconds to less than 30 seconds.

Create the credentials file .s3cfg in the hello-world directory.

The main point of work here is:

Before you build, you need to create a Bucket named hello-world in advance.

You can see the relevant cache files in the Minio UI.

As you can see, the install and build commands take about 80 seconds, but the S3 cache-related operations take about 50 seconds.

The 80 seconds can be optimized because the network speed limit between the build environment and S3 service is 1.2 MB/S, which causes the pull and push time to be too long, so there is more room for optimization. I think it is more reasonable to be within 30 seconds.

Cache acceleration is a difficult issue for CI products. Users use it in different ways, and all we can do is provide solutions for their scenarios without forcing them to change their usage habits. In my previous CI product, the cache was mounted on the host and accelerated in the build environment, which is not applicable to the phased build scenario. There are two main options here:

The second way is to use S3 to store third-party dependencies and use the s3cmd command to manage the cache at build time.

Neither of these two approaches is very good. The main reason is that they both require changes to the Dockerfile, which is more invasive to the business.