First of all, why should I use Docker in a development environment when it’s better to build it directly on my local system?

Using Docker in a development environment provides the following benefits.

The more projects you manage, the more you will appreciate the benefits of containerizing your development environment.

For projects like Rails, in addition to dependencies on the operating system, there are usually external services like PostgreSQL and Redis. A single Docker container is not enough to manage all development dependencies, so Docker Compose is needed.

💡 Docker’s best practice is to run one process per container to easily manage container state and logging.

Docker Compose is a tool that comes with Docker Desktop that defines multiple services needed by an application via YAML configuration files, and then builds and starts them together.

Using Docker Compose is divided into about three steps.

As you can see from the above example, the Compose file can define multiple services, each corresponding to a container. service content includes the image to be used, the open ports and the local directory to be mounted, etc. The detailed syntax of docker-compose.yml can be found in the official documentation.

The following shows how to build a Rails development environment with Docker Compose.

💡 Here’s the chicken or the egg question. Our goal is to put all our dependencies in Docker, but how do we create a Rails project if we don’t have Ruby installed on our local system? rails/) provides a bootstrap approach, building an initial image, starting the container to create the project, and then rebuilding the image.

I chose a different approach: first open a temporary Ruby container, create the project inside the container, and later build the image needed for development.

In order to create a Rails project, start a temporary Ruby container first.

To install the Rails gem inside the container.

Then create the project.

The --skip-bundle argument is used here because this is only a temporary container and the bundle will be executed later in the development container.

Now that the temporary container has completed its mission, press ctrl-d or type exit to exit the container.

Add a Dockerfile file to the project directory and enter the following.

This is a minimalist image of the Rails development environment, and you can use apt-get to install other system dependencies if needed.

You don’t need to build the image yet, we’ll build it together later with the docker compose command.

Add the docker-compose.yml file to the project directory and enter the following.

Docker Compose will read the configuration in docker-compose.yml and build the image accordingly.

You have to re-execute this command every time you modify Dockerfile.

Go to the command line

This will start the web service container and open a bash shell where we can execute the commands we need to execute for local development, such as bundle install, bin/rails g, and so on.

Any later operations that need to be performed inside the container will be executed through this shell.

First execute the following command inside the container.

This command sets the bundle installation directory to the vendor/bundle directory under the project. This is because I don’t want to have to rebuild the image every time I update the Gemfile during development.

Before creating the database, you need to modify the database settings of the Rails project, because in the environment built by Docker Compose, PostgreSQL and Rails processes run in different containers, similar to different hosts, and the service name is their respective network name.

Modify database.yml and add the following to the development and test paragraphs.

Then execute the following command.

After that, the corresponding database will be created.

After the above preparations, it is time to start the web service. Open another terminal and enter the following command.

Once the launch is complete, request http://localhost:3000/ and you will see the Rails launch page. 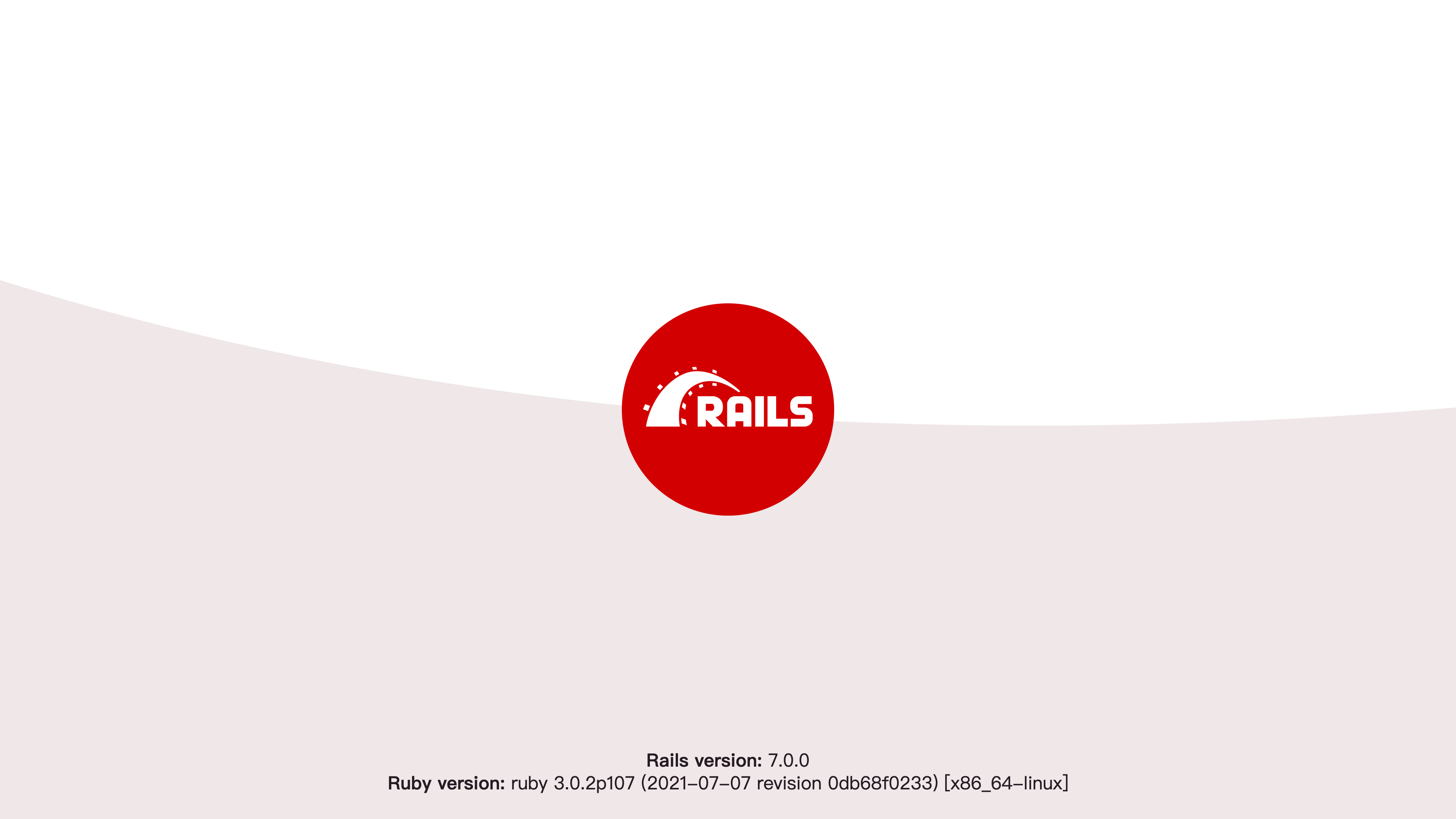 Press ctrl-c to close the servcie.