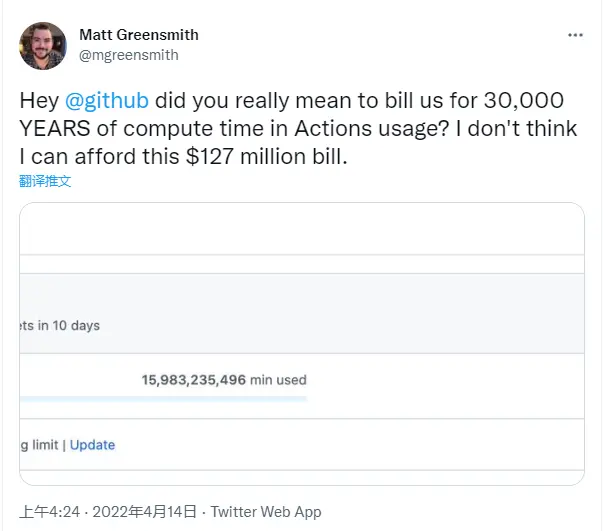 GitHub Action is a CI\CD service that GitHub launched in 2018. The bill shows that Matt used the Actions service for about 16 billion minutes in a month, which translates to over 30,000 years. That’s about 30,000 years back to the Paleolithic era, so $127 million doesn’t seem like too much to charge.

In fact, the Actions overpriced billing issue broke out on April 14, and it was supposed to be a bug in GitHub Action’s billing calculations. some users speculated that the database had accidentally changed the wrong unit of calculation, such as “microseconds” to “seconds” by accident “… Twitter users began to make up jokes about the bug.

Matt then launched the “GitHub Actions Billing Bug Highest Score Challenge, Who Can Beat the $127 Million Bill?” , however it didn’t take long for that record to be beaten by @Mark Graves’ $800 million bill. 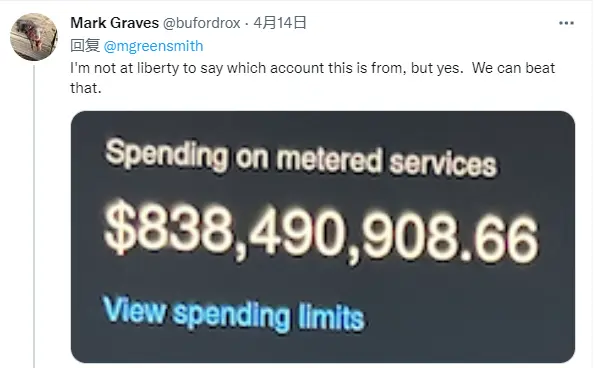