Prometheus is one of the most popular monitoring platforms in the cloud-native era as a temporal database. Although its overall architecture has not changed much, the underlying storage engine has evolved over several versions. This article focuses on the details of the storage format of Prometheus V2 version (which is mainly used now) and how queries locate the eligible data, aiming to have a deeper understanding of the storage engine of Prometheus through the analysis in this article.

Note: This article does not cover the query parsing and function evaluation process. The code analysis is based on version v2.25.2.

The characteristics of chronological data can be summarized in one sentence: write vertically (latest data) and check horizontally. 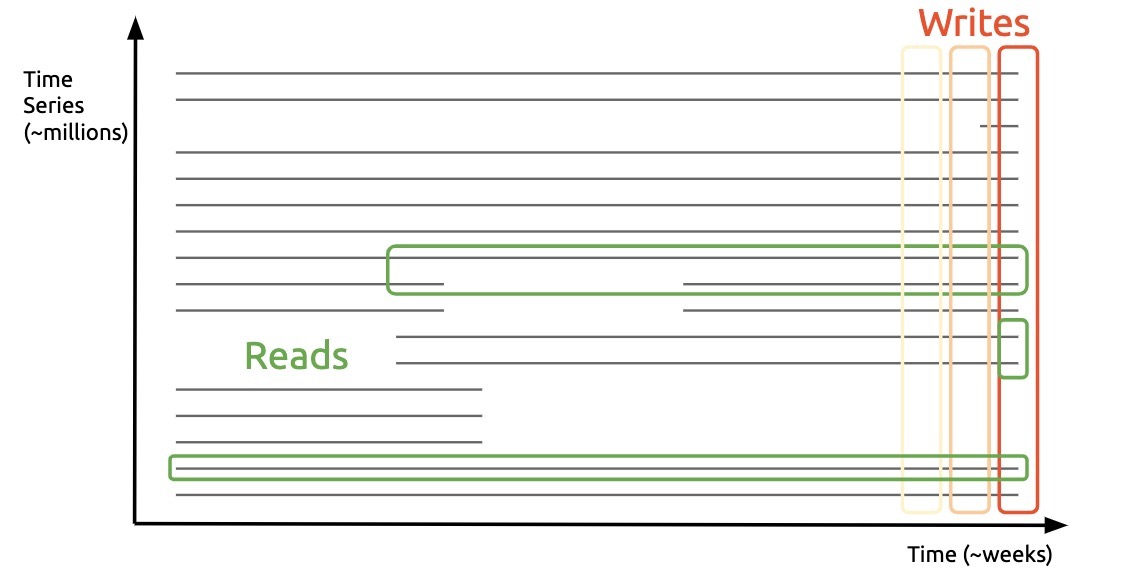 Another characteristic for cloud-native scenarios is the short data lifecycle, where a single container expansion or contraction can cause the timeline to double in size. Understanding these two characteristics, let’s take a look at how Prometheus stores data to cater to the above patterns.

As you can see, the data directory has the following main parts.

With the above directory structure, it is easy to see the design idea of Prometheus.

The schema supported by Prometheus is relatively simple, supporting only single-value schema, as follows.

Index is the main means to support multi-dimensional search, the index structure in the time sequence is similar to the search engine, it is an inverted index, you can refer to the following figure 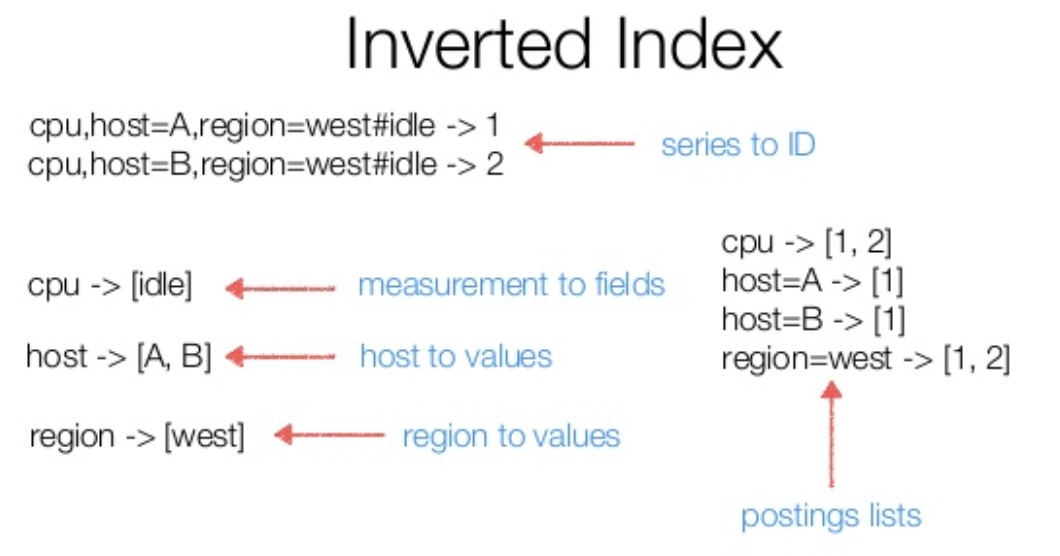 A chunk is the smallest organizational unit of data on disk, and the following two points need to be clarified:

In an index file, the most important parts are the following (from bottom to top).

Prometheus goes to load data meta-information into memory when it starts. There are two main parts.

Blocks are divided into two main categories in the Prometheus implementation.

For a query, the approximate steps involved are

In the first step it is mainly done in the PostingsForMatchers function, there are several optimization points.

After finding out the chunk file and offset information in the first step, the second step of fetching data is relatively simple, just use mmap to read data directly, which indirectly uses the OS page cache to do caching, and does not need to implement data structures such as Buffer Pool itself.

The above analysis has generally analyzed the storage structure and query process of Prometheus, but there are some details that have not been introduced, such as the use of dictionary compression in order to save memory usage, but this does not prevent the reader from understanding the principle.

In addition, Prometheus default 2 hours a Block is not friendly to large time range queries, so the background will compaction of regular chunk files, the merged file size is min(31d, retention_time * 0.1), related details will be introduced separately later when there is a chance.