rollup.js is a JavaScript packaging tool. This article describes its basic usage.

The purpose of the packager tool is to combine multiple JavaScript scripts into a single script for the browser.

Currently, the most commonly used packaging tool is Webpack, which is powerful, but difficult to learn and use, and has been criticized. 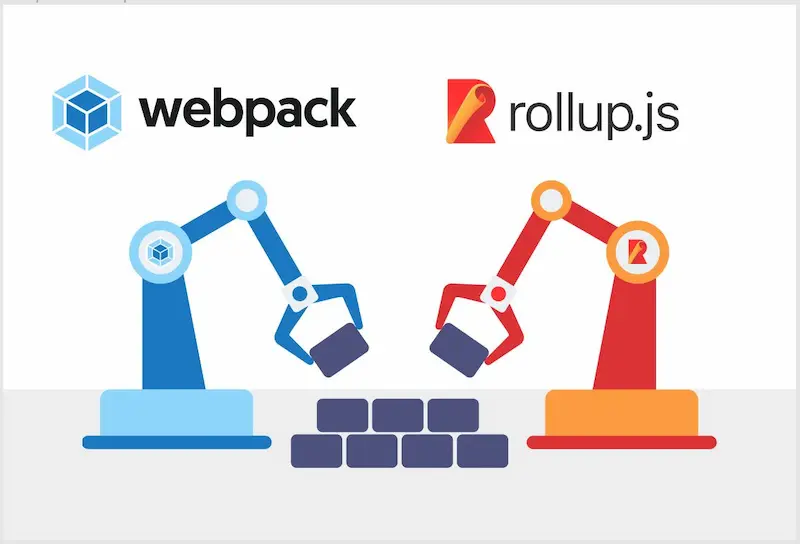 rollup.js was developed with the intention of creating an easy-to-use ES module packaging tool that doesn’t need to be configured and is straightforward to use. This it did.

As it evolved, it could also package CommonJS modules. However, this requires complex configuration and is actually not much simpler than Webpack.

So it is recommended that only rollup.js be used to package ES modules so that it can take full advantage of it. As you’ll see below, that’s a very simple thing to do.

If your project uses CommonJS modules, it is not recommended to use rollup.js, there is not much advantage.

This article uses a global installation of rollup.js.

However, you can also use it directly without installing it. Just replace rollup in all the commands below with npx rollup.

The first time you use it, you can run the following command and check the help.

In the above code, the module add.js outputs two tool functions addPi() and addE().

In the above code, the entry script main.js loads the tool function addPi() inside add.js.

Then, it is packaged with rollup.js.

To package, simply give the entry script main.js and rollup will automatically package the dependencies.

The result is output to the screen by default.

As you can see, the import and export statements are gone and have been replaced with the original code.

Also, the function addE() is not packaged because it is not used. This feature is called tree-shaking, which means that unused code is automatically removed when packaging.

Because of these two things, rollup outputs very neat code and is smaller than other packaging tools.

Use the parameter -file [FILENAME] to save the result to the specified file.

The above command saves the package results to bundle.js.

The converted CommonJS module with the following code.