Today we talk about an important computer concept that you may have heard of, but rarely delve into, and that is byte order (Endianness).

Byte order refers to the order in which multiple bytes of data are arranged in memory . This is rather abstract, but it is well understood using a graphical explanation.

Memory is like a row of rooms, and each byte is a room. Each room has a door number (memory address), starting from 0, then 1, 2 …… 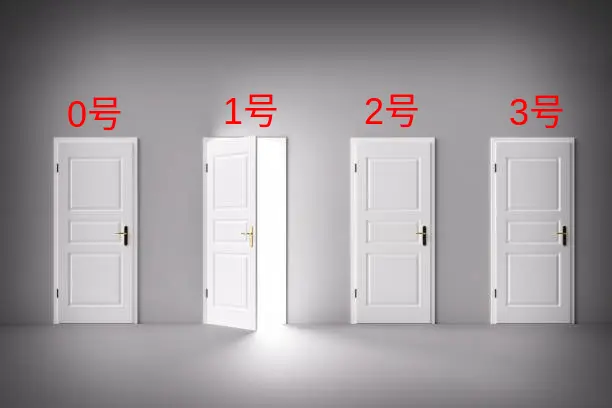 Now there is a value abcd to be put into these rooms, one number in each room, so there are two ways to put it.

This arrangement is called " big-endian" (BE), i.e., the big head comes first, because a is the big head (the most important number) of abcd.

This arrangement is called " little-endian" (LE for short), which means that the small head d comes first. 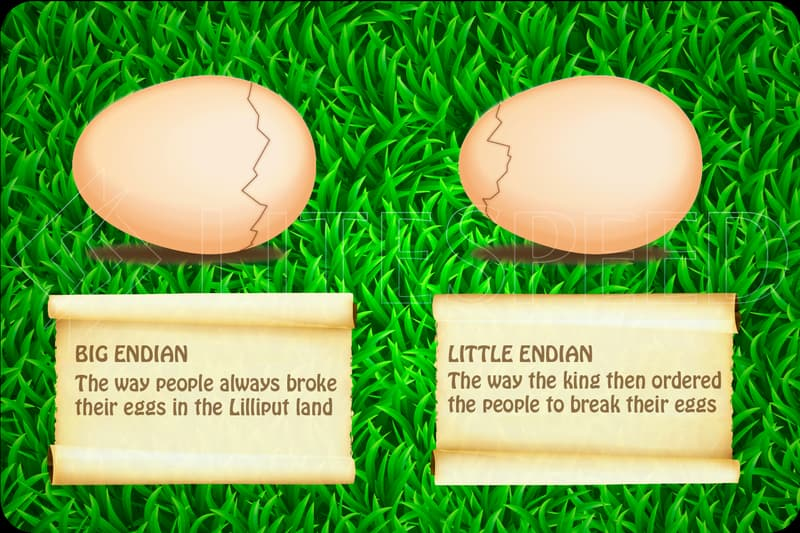 For human beings, readability is different for different byte sequences. The reading habit of most countries is to read from left to right. 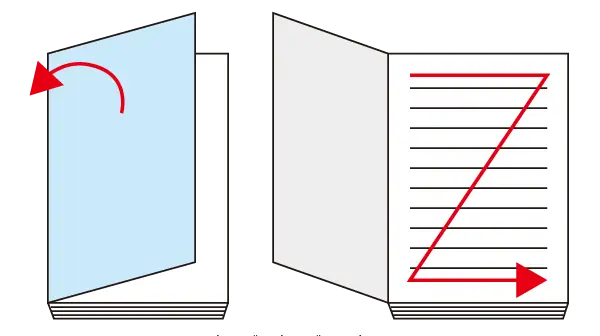 But in reality, the right-to-left small end order is less readable but more widely used. x86 and ARM are both CPU architectures that use small end order.

Or to ask another question, why do two different byte orders co-exist, and wouldn’t it be more convenient to unify and specify only one?

Probably the most obvious advantage of the small end order is checking parity, i.e., determining whether a number is odd or even by looking at the digits.

In the case of 123456, for example, the big end sequence is from left to right, and the computer must read all the way to the last digit of the digit 6 to determine that it is an even number.

The small end sequence is right-to-left, and the digit is in the first place. So, if you read the first digit, you can be sure that it is even.

A similar scenario is to check the plus and minus signs to determine whether a number is positive or negative. 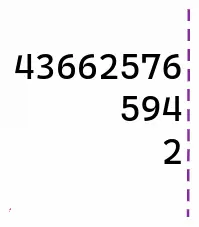 The diagram above shows the big end order arrangement, because it is arranged from left to right, so the three numbers are aligned at the right digit. When comparing the sizes, the computer has to read all the bits of each number up to the single digit and then compare them.

If you change to small-end order, it is the following arrangement. 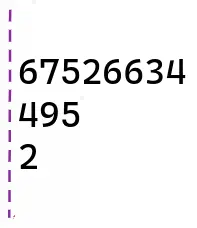 The smallest end order is right-to-left, so the three digits are aligned in the first place. The computer then does not need to read all the bits, and whichever number is read first without the next bit is the smallest. For example, the number 2 does not have a second bit, so when it reads the second bit, it knows it is the smallest.

So, when comparing sizes, the small end order has an advantage.

Next, look at the multiplication operation again. 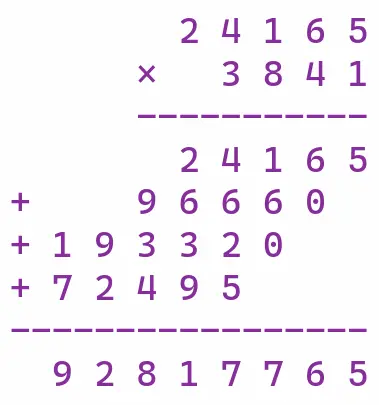 The above figure shows 24165 multiplied by 3841 in big terminal order. big terminal order multiplication is left-rounded, i.e., it expands to the left, and you must wait until the results of each round are available (four rounds in the above example), then add them up and write them to memory uniformly.

If we change to small terminal multiplication, we do not need to wait for the result of the next round, and each round can be written directly to memory. 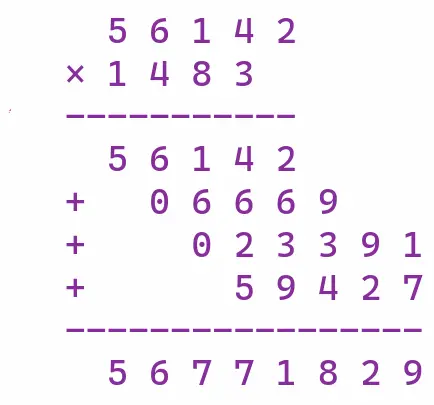 The above figure shows the multiplication of 24165 by 3841 in the small end sequence, which is an expansion to the right, with the left boundary unchanged. Once the result of each round is written to memory, there is no need to move it, and any changes later on only require changing the corresponding bit.

Therefore, multiplication in the small-end sequence has a clear advantage.

It is implemented internally by dividing the integer into smaller units, usually uint32 (unsigned 32-bit integer) or uint64 (unsigned 64-bit integer), and combining them together in order.

In the case of a large terminal sequence, the first u64 is the largest part of this integer. Once this number changes and needs to be rounded, all subsequent bits must be shifted and rewritten. When rounding occurs in the small end order, often all bits do not need to be shifted.

Another advantage of the small end order is that if the byte-by-byte operation starts with a single digit (such as multiplication and addition), you can operate one u64 at a time from left to right, and read the next one after the previous one. This is not possible in big-endian order, where the entire number must be read before the operation is performed.

As a final example, C has a cast operation that forces a change in the data type of a variable, such as forcing a 32-bit integer to a 16-bit integer.

The small end sequence does not have this problem, the truncation is the next two bytes, the first address is unchanged, so the pointer does not need to move.

In summary, the advantages of large and small end sequences are as follows.

If bit-by-bit arithmetic is required, or if the arithmetic needs to start from a single digit, the small end order has the advantage. Conversely, if the operation involves only high bits, or if the readability of the data is more important, the big end order is dominant.