Golang actually provides a shared memory-based approach in addition to the CSP programming model. For example, there are.

An array is a sequence of elements of a specific type of “fixed length” and can consist of 0 or more elements.

The trap of arrays: In function call parameters, arrays are value-passed and cannot return results by modifying the parameters of the array type.

And slices are sequences that can be dynamically grown and contracted, and it has the following data structure.

Data is a pointer type to the underlying array, Len is the length and Cap is the capacity, which will be automatically expanded when the capacity is not enough.

Slicing has several pitfalls to be aware of.

Here are the other points.

Use for to read the Channel and exit automatically when the Channel is closed and there is no data (not closed will deadlock).

Use the if _, ok statement to determine if the channel is closed, ok is true for read data, ok is false for no data and closed (if not closed, deadlock).

Use Select to process multiple Channels.

Fourth, about defer and recover

When a function panic, it will stop executing subsequent normal statements, start executing defer, and return to the caller when it finishes.

Recover can be executed in the defer to capture the arguments that triggered the panic and return to the normal flow of execution.

The logic of a defer is

The following is an example.

Look at one more example, this one returns 1, not 0.

For recover, it catches exceptions on grandfathered calls, which must be run in the defer function and are not valid for direct calls.

Fifth, exclusive CPU use causes other Goroutines to starve

Goroutine is collaborative preemption scheduling, and Goroutine itself does not actively give up CPUs.

Two events are said to be concurrent if they are not sortable. To maximize parallelism, the Go language compiler and processor may reorder execution statements without affecting the above specification (the CPU may also execute some instructions out of order).

Look at the following example.

This example creates a setup, initializes a, and sets done to true when it’s done. in the main thread where the main function is, it detects when done becomes true by for !done {}, considers the initialization complete, and prints the string.

However, Golang does not guarantee that the write to done observed in the main function will occur after the write to string a, so it is likely to print an empty string.

Worse, because there is no synchronization event between the two Goroutines, setup’s write to done is not even visible to main, and main may get stuck in a dead loop.

An interface defines a collection of methods, and any object that implements these methods can be considered to implement the interface, which is also called Duck Typing.

This is unlike other languages like Java, which require a pre-declaration that the type implements an interface or some interfaces. This makes Golang interfaces and types lightweight, decoupling the hard binding between interfaces and concrete implementations.

Determining whether an interface is of a certain type by ’type assertion'.

value is the value of x. ok is the Boolean value.

In the first example, an exception occurs: cannot use names (type []string) as type []interface {} in argument to PrintAll.

In the second example, an exception occurs: cannot use Woman literal (type Woman) as type Human in array or slice literal: Woman does not implement Human (Say method has pointer receiver).

Golang does not natively support inheritance, but rather implements the ability to inherit by “combining”.

Data structures are entities, and interfaces are capabilities that entities have, as well as “interfaces” (capability expressions) that are provided to the outside.

In the design of data structures and interfaces, the principle of “orthogonality” needs to be followed in order to maximize composability. 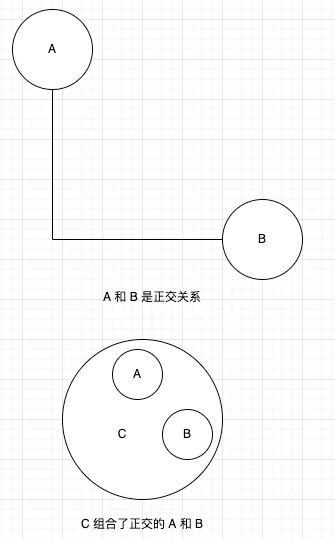