In order to avoid this competition, Kubernetes provides a Leader election model, where multiple replicas compete with each other for the Leader, and only the Leader will work, otherwise it will wait. In this article, we will introduce how to achieve high availability of components in Kubernetes from the principle of Leader election and how to use it as a user.

The principle of Leader election is to use Lease, ConfigMap, and Endpoint resources to achieve optimistic locking, with Lease resources defining the Leader’s id, preemption time, and other information; ConfigMap and Endpoint defining control-plane.alpha/leader as leader in their annotation. Yes, yes, if we implement it ourselves, we can define our own favorite fields, but here we are actually using resourceVersion to implement optimistic locking.

The principle is shown in the figure below, multiple copies will compete for the same resource, and the lock will become Leader when it is captured and updated periodically; if it is not captured, it will wait in place and keep trying to capture it. 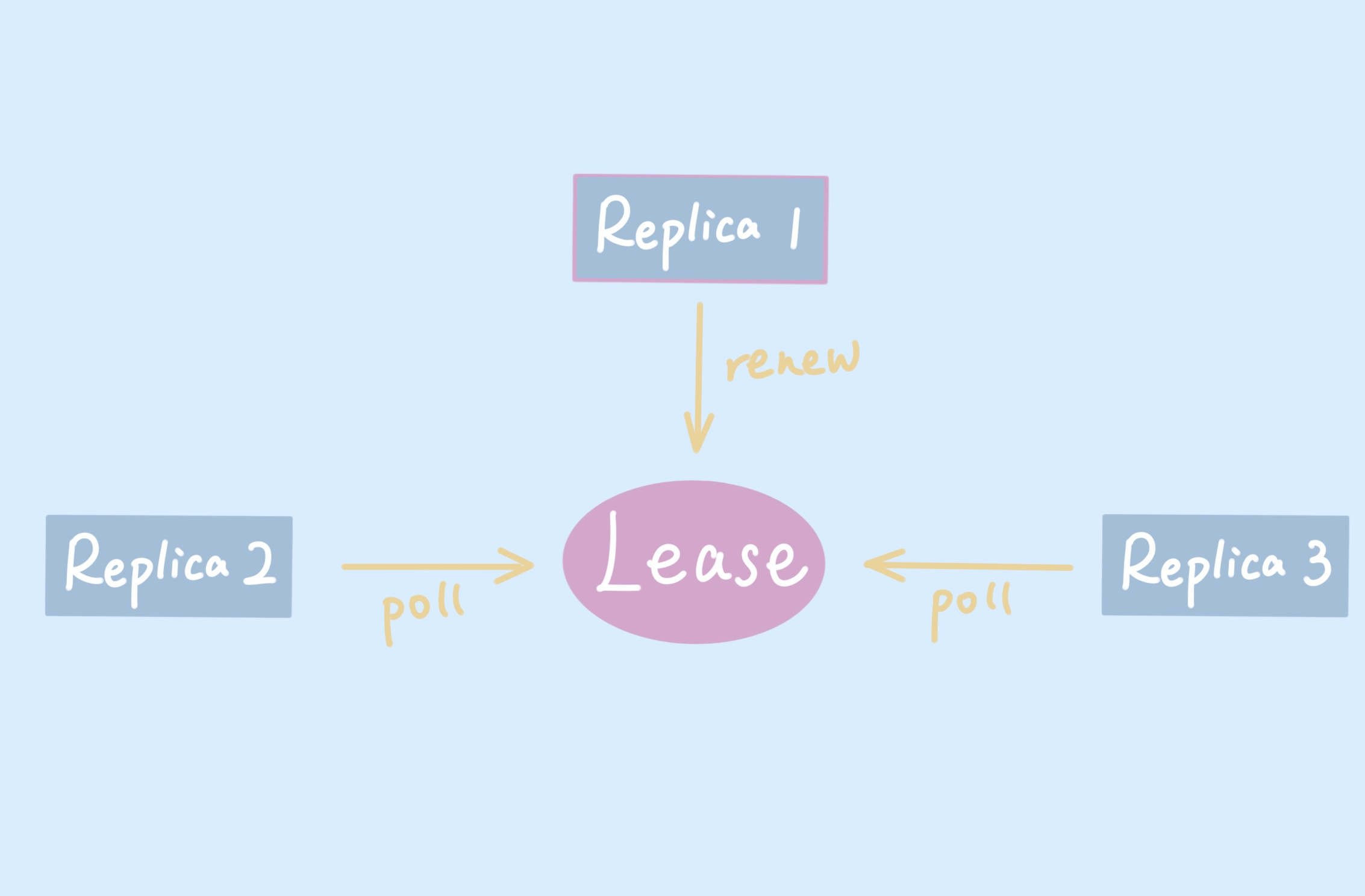 The tooling methods for locks are provided in client-go, and the k8s component is used directly through client-go. Next, we analyze how the tool methods provided by client-go implement Leader elections.

The process of lock seizure inevitably involves the operation of updating resources, and k8s achieves the atomicity of update operation through the optimistic locking of version number. When updating a resource, ApiServer compares the resourceVersion and returns a conflict error if it is inconsistent. In this way, the security of the update operation is guaranteed.

The code for the preemption lock is as follows.

The client-go repository provides an example, and after we start a process, we can see Its Lease information is as follows.

The logic of releasing the lock is to perform an update operation to clear the leader information of the Lease before the Leader exits.

After killing the process started in the previous step, look at its Lease information.

How to use it in Controller

When we implement our own controller, we usually use the controller runtime tool, which has already encapsulated the logic of leader election.

The second is to start the leader election, register the lock information, lease time, callback function and other information, and then start the election process.

With the controller runtime wrapping the election logic, it is much easier to use. We can define the Lease information when we initialize the controller.

Just initialize it with LeaderElection: true and LeaderElectionID, the name of the Lease, to make sure it is unique within the cluster. The rest of the information controller runtime will fill in for you.