This test was conducted for five common rpc frameworks:

The latest version of each framework is used for testing:

The test is divided into three main scenarios.

All the test code for each framework is placed in rpcx-benchmark. The test commands are very simple, as shown in the introduction below, so you can download them to test and verify yourself, and you are welcome to provide optimization patches, add more rpc frameworks, etc. 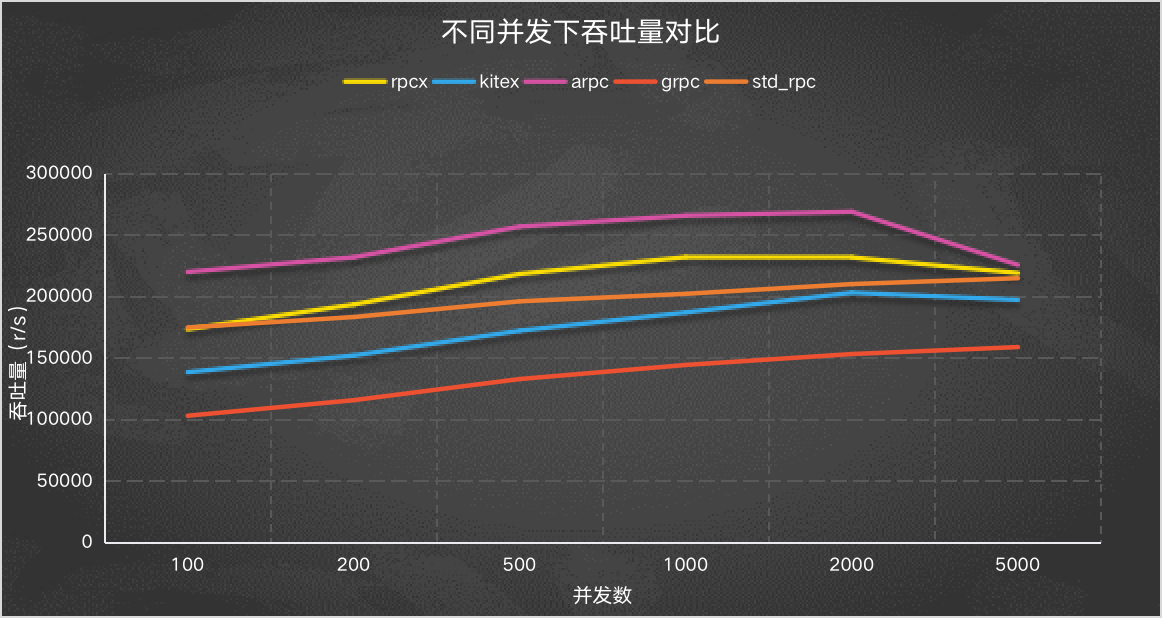 Y-axis is throughput/sec, the higher the better. You can see that arpc framework throughput is very good, and last year’s test was also arpc performance is better, followed by rpcx, standard rpc, kitex, grpc.

You can see that in the case of high concurrency, except for grpc, all other can reach 180,000 requests/sec throughput. 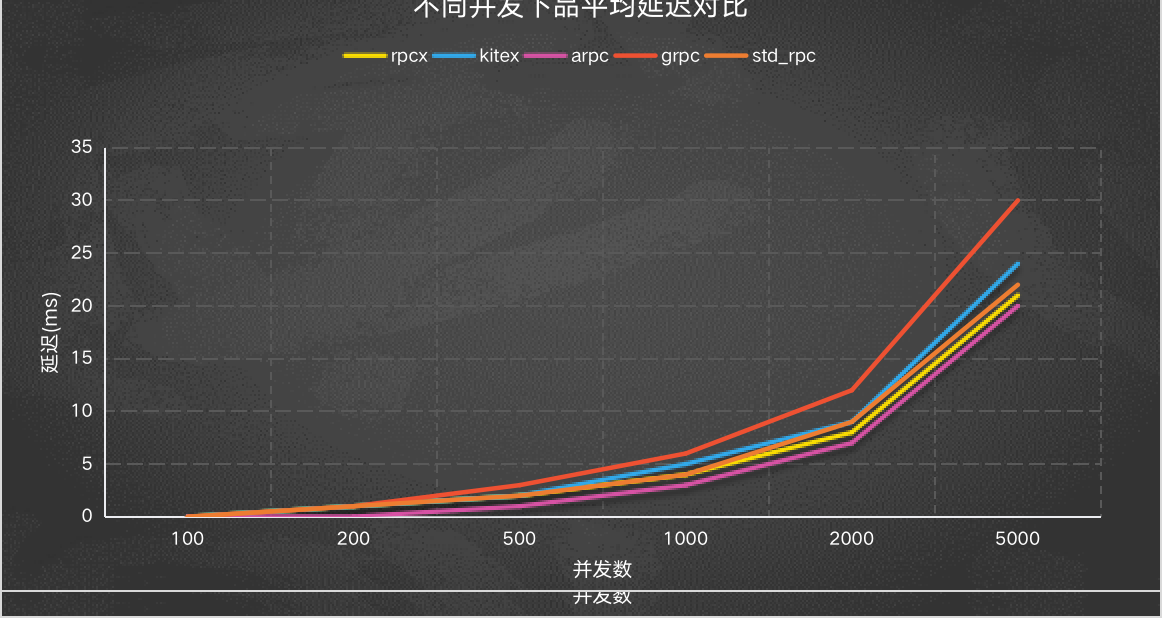 The Y-axis is the average latency, the lower the better, as you can see the higher latency of grpc. The latency is exactly the opposite of the throughput above.

Another case where we may be more concerned about the long tail can be observed by picking the median or p99.9. Here is the case of p99.9. 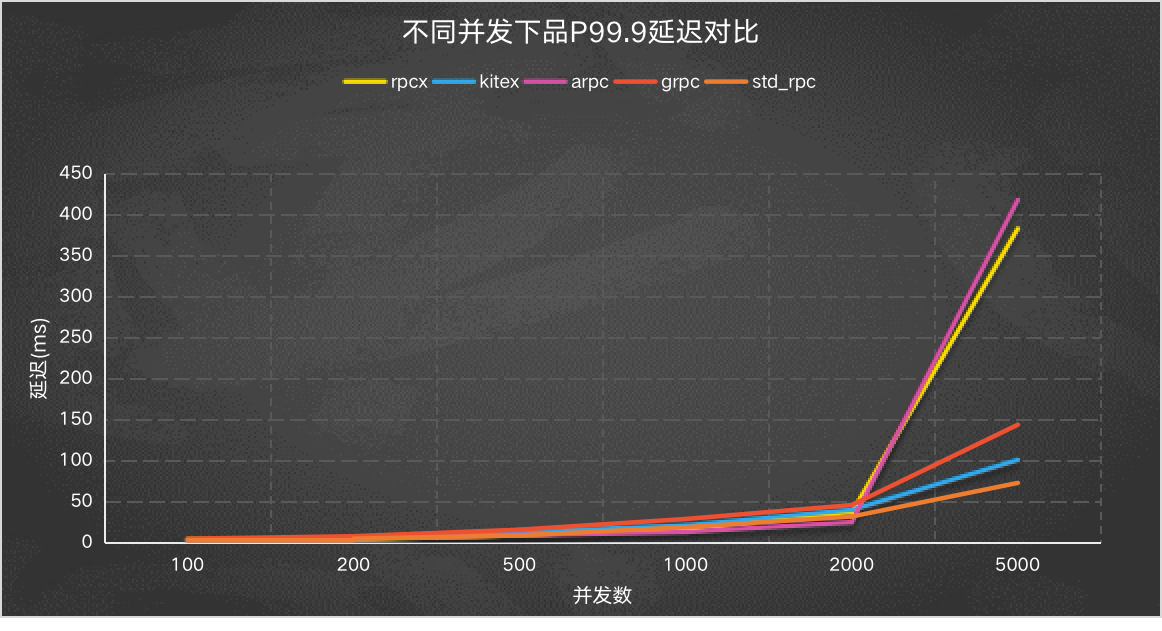 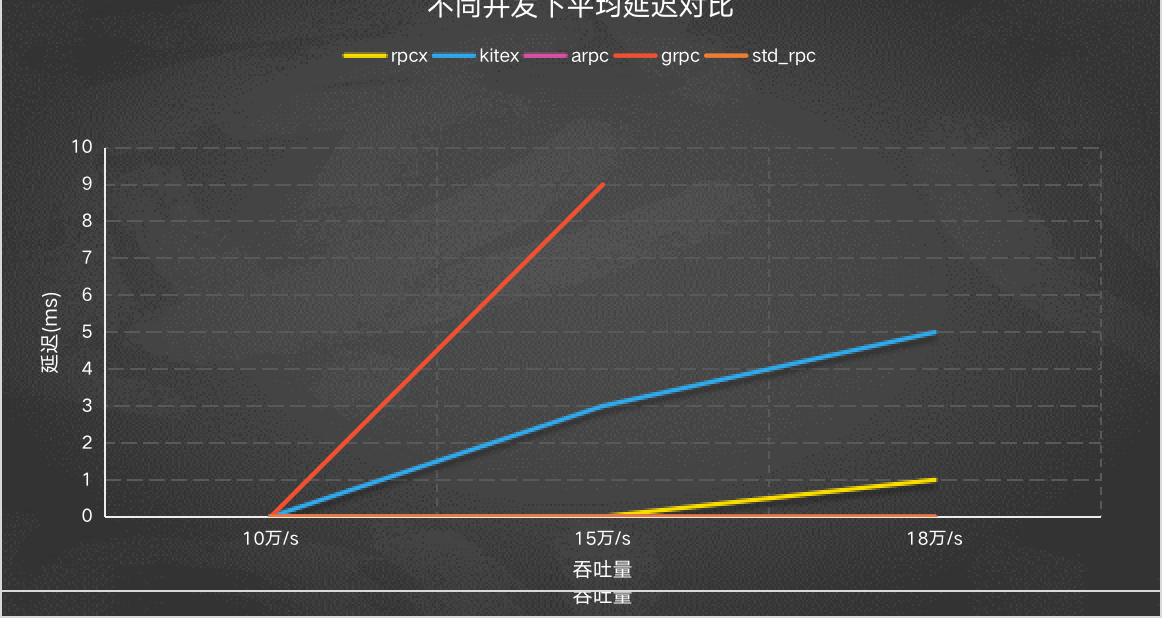 The average latency looks higher for grpc because it doesn’t reach 180,000/sec throughput, so its last value is not available. kitex is relatively high, this also depends on whether there is some specific tuning for kitex. Basically, it is negatively correlated with throughput. 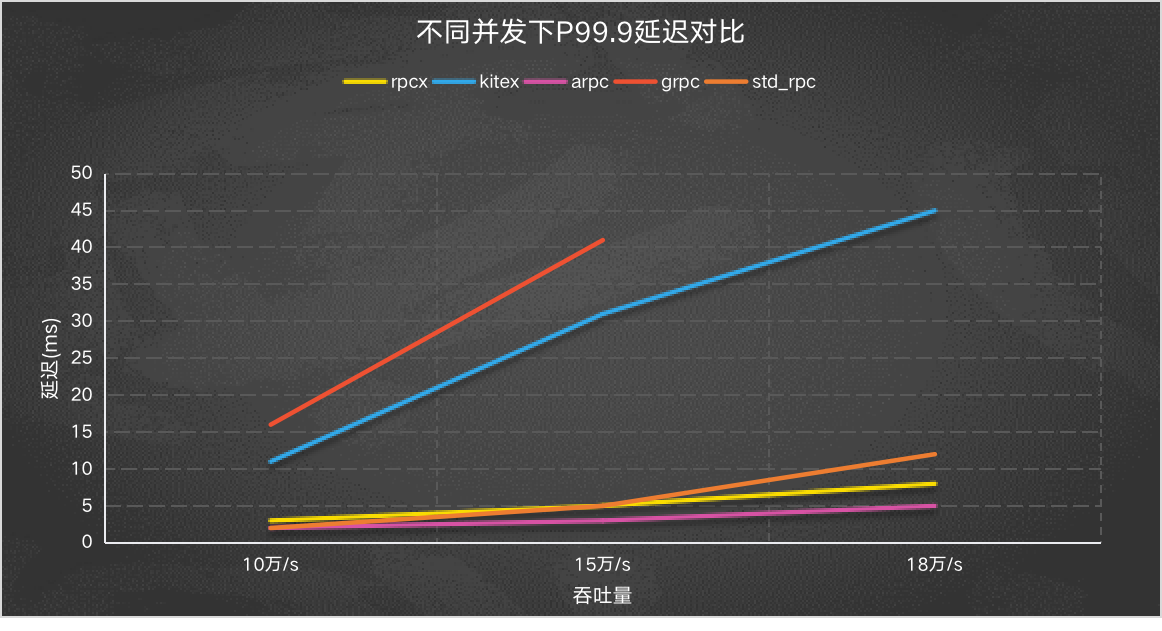 The P99.9 latency of arpc, rpcx and standard rpc is still better. 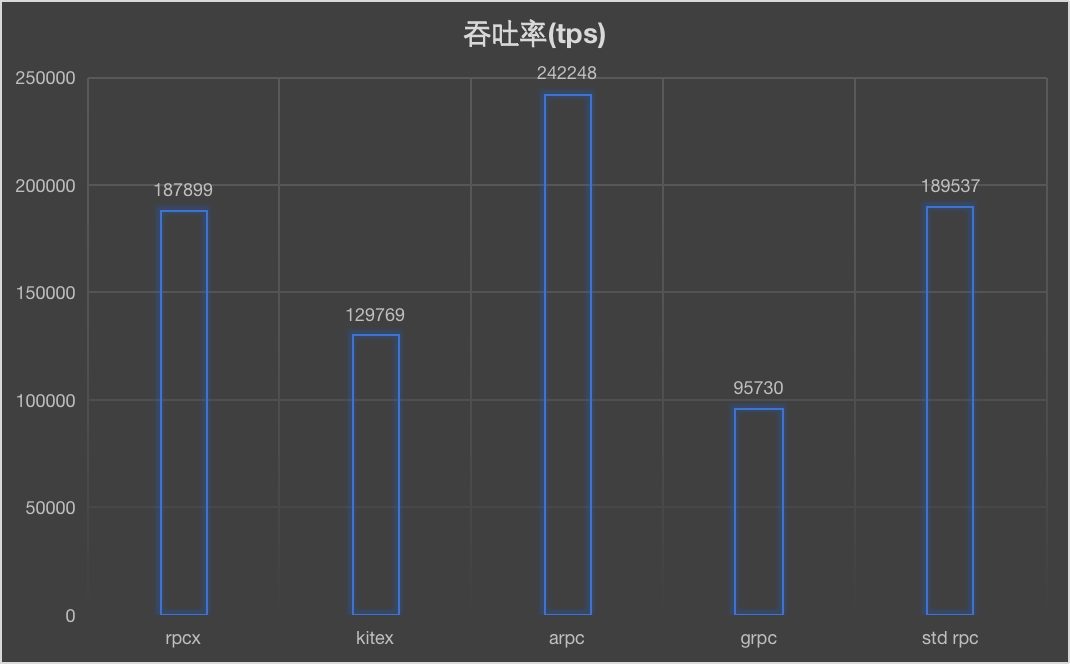 arpc is significantly better than other frameworks in the case of more connections, followed by rpcx and the standard rpc framework.

Overall, the performance of rpcx is still good, and I hope that in the future, reference to the brother rpc framework to do further optimization.