How do we manage the large amount of Secret information in our work? (For example, my project involves the storage of secret keys and passwords for OpenSSH, as well as the regular rotation and external invocation of this)

The generic cryptographic repository we need to implement needs to satisfy the following characteristics.

For such products, the following points need to be focused on.

This subsection refers to the official documentation (https://www.vaultproject.io/docs/internals/architecture). The basic application scenario of vault is as follows.

Vault is generally used in the following scenarios:

The vault architecture is as follows. 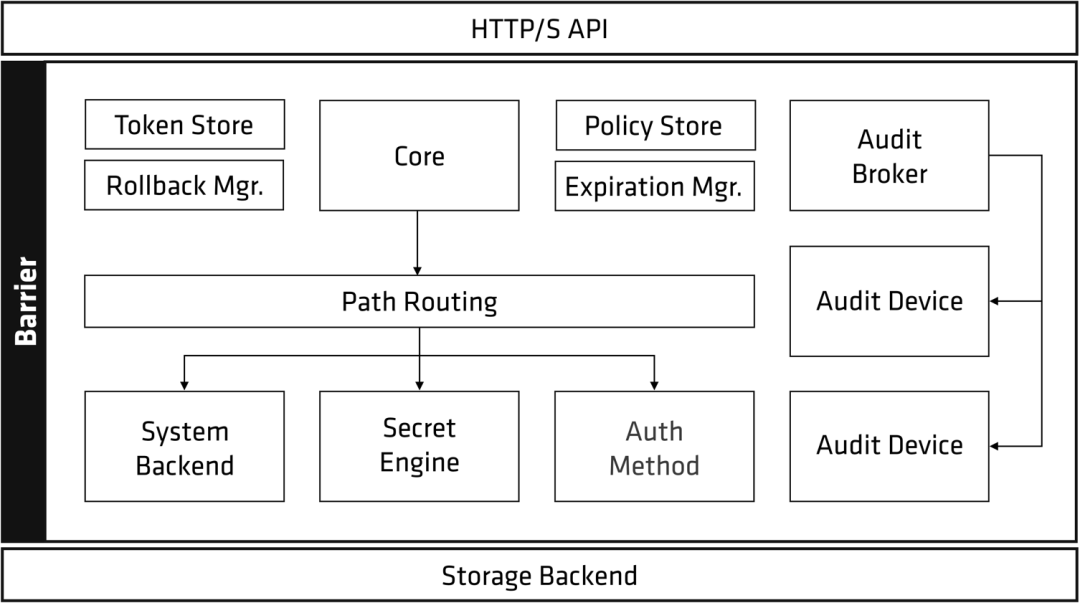 The functions of the other major components are as follows. The relationship between Master key and Encryption Key is shown in the following figure.

After the Unseal operation is completed, the Vault can process client requests. The first time a client connects to the Vault, they need to complete authentication. Client authentication methods are as follows

This general flow is as follows.

You can see which Secret Engines are currently enabled in the Vault with the command vault secrets list.

The output of the command shows that there are 4 engines of type kv (key-value pair encrypted storage), loaded on the kv/, secret/, secret_bifrost/ and vault/ paths; the other engines are supported internally by Vault. You can read and write to the specified paths because they are supported by the Secret Engine; unloaded paths cannot be accessed (an error will be reported), and you cannot open the same paths at the same time.

In addition, the same Secret Engine can be loaded under different paths (multiple instances of a single Secret Engine class), and the data under each path is independent of each other. 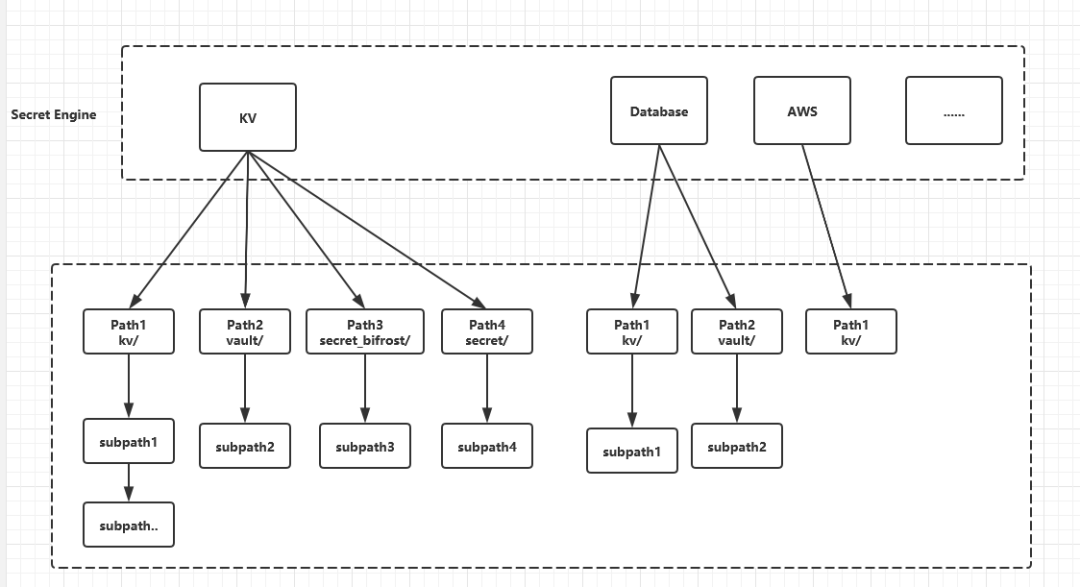 This section describes some details of the Vault implementation. 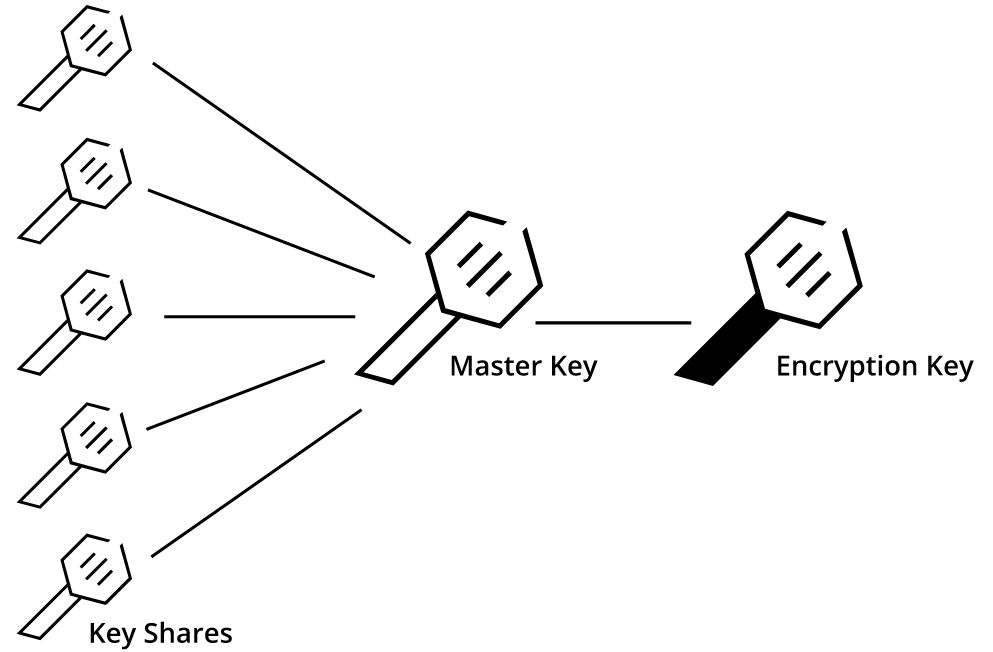 More use can be found in the official documentation: https://learn.hashicorp.com to learn more.