We define a function func, then use the pointer variable f to point to the function, then print out the address pointed to by the variable f. The code is simple, then we compile it and look at the instructions generated after compilation, we focus on the func function.

As you can see, the compiled function func is located at the address 0x400526, so let’s remember that address.

Then run the compiled program and think about what this code will output.

Obviously it should be the address of the func function in memory!

You guessed it right, but a function pointer is essentially a pointer, except that it points to a piece of code in memory instead of a piece of data in memory, like this: 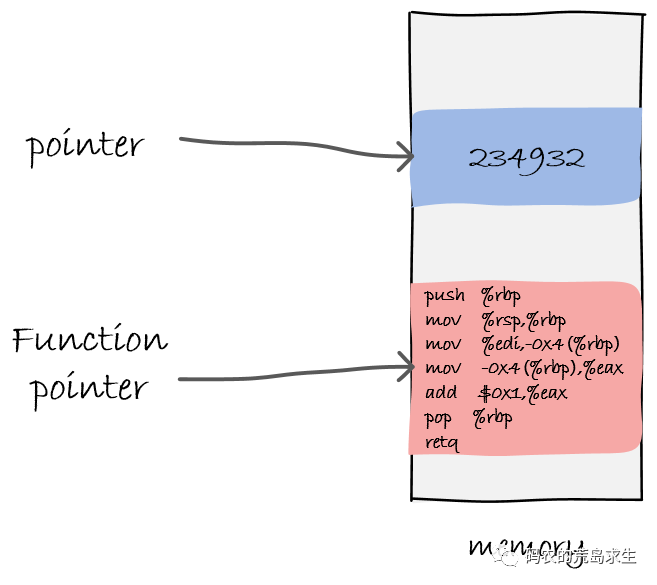 Now that you should understand the function pointer, a careful person may have a question, Why does the compiler know that the function func is stored at memory address 0x400526 when it generates the executable file? Shouldn’t this be determined only when the program is loaded into memory and starts running?

The function pointer is used to pass a piece of code around as a variable, and one of its main uses is to call back functions.

Regarding callback functions that are actually defined in module A and called in module B, like this. 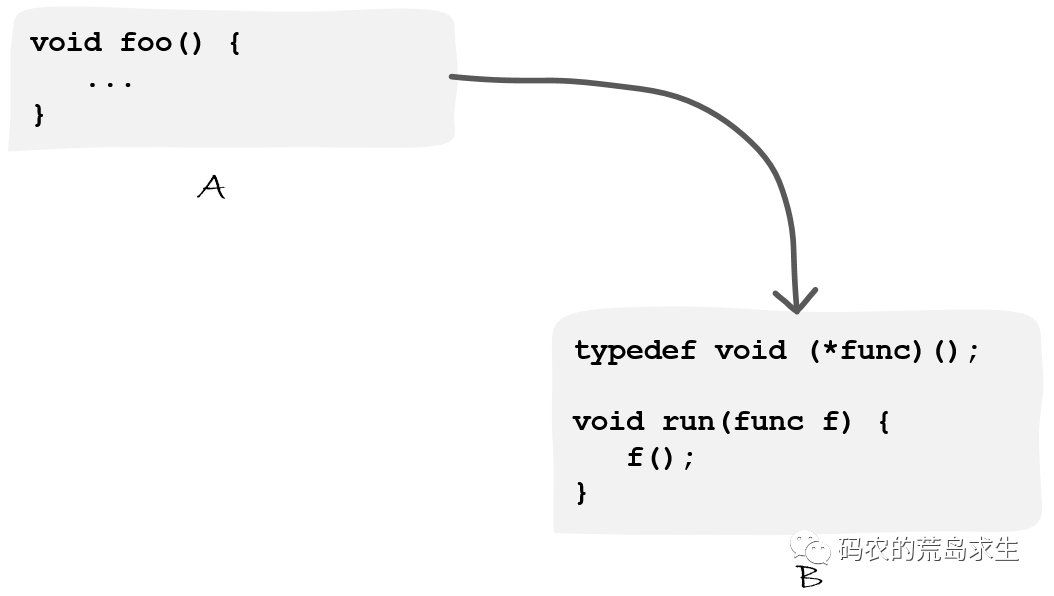 That is, closure contains both a piece of code and the data used by this code, which is also called context or environment, whatever it is called, but is actually the data on which the function runs. 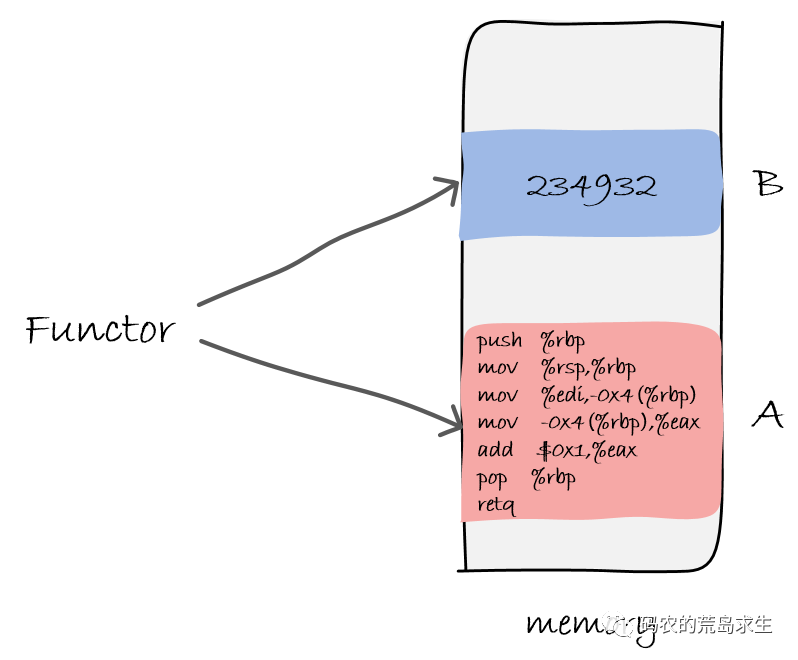 And that’s exactly what std::function is for in C++.

Mere function pointers don’t have the ability to capture context, where context means code-dependent data, and you have to construct your own structure to store the code-dependent context.

What std::function does is essentially not much different from the structure we just defined.

With std::function you can not only store a piece of code, but also the necessary context, and then call the code based on that context in the right place.

Also std::function is more general, you can use it to store any callable object, as long as it has the correct function signature.