A programmer’s code repository always needs to be hosted on a server to be safe and easy to use. 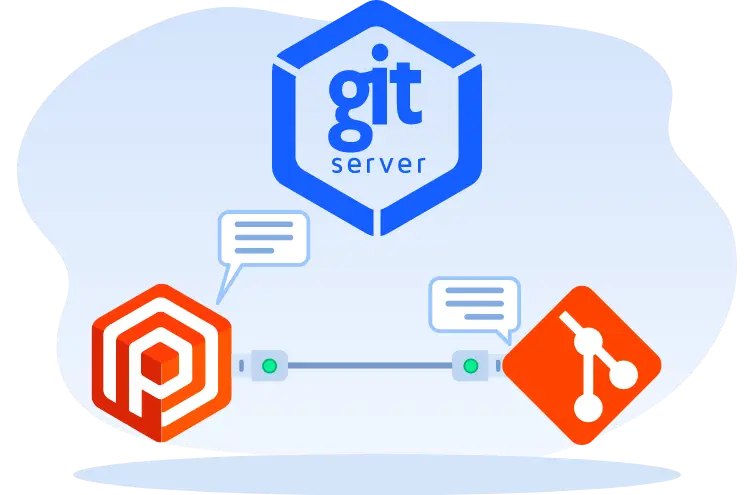 In general, it’s not recommended to build your own Git server, but rather to use an off-the-shelf service, known as a code hosting service. They are free.

These are external services, so I won’t go into much detail. The point of this article is not them, but to talk about what to do if you have to build your own Git server.

The only reason to build your own Git server is if you don’t have easy access to an extranet, don’t want your code on someone else’s server, or have some customization needs.

At this point, you can choose open source Git server software.

If you just want to save a copy of the code remotely and don’t care about the web interface or other features, then you don’t need to install any of the above software at all, a single command is enough.

If you’re familiar with Git, you probably know that Git supports two transfer protocols by default: SSH and HTTP/HTTPS.

Servers generally come with SSH, which means that we can push the repository to a remote server without installing anything but SSH.

So, one command is enough. We just need to create a Git repository with the same name on the remote server, and the server is set up.

The meaning of each part of the above command is as follows.

After you run this command, you’ll have the simplest Git server possible. Later, you can push your local code to this remote Git repository via an SSH connection.

In the following, I demonstrate the whole operation process.

The operation is divided into two parts, first in the remote server operation, and then in the local computer operation.

The following operations are all done on the remote server, assuming you are already logged in via SSH.

The main purpose of logging in to the remote server is to create a special user that you can use to do all your Git operations. This step is not necessary, but it gives you a lot of flexibility in terms of what you can do later (for example, you can share your repository with multiple people).

The meaning of the above command is as follows.

If you are only logging in with a password and not a key, then steps 3 and 4 above are not necessary, but you need to set a password for the git user with the following command.

The latter operations are done on the local computer.

Assume that the IP address of the remote server in the previous section is 192.168.1.25 and the local Git repository is called example.

Once this command is run, you have a Git server, and you can push your code.

The above command first goes to the local repository, adds an alias for the remote server, and then pushes the code over.

The above command uses the scp tool to copy the .git subdirectory of your local example repository to the example.git directory on the remote server. This will also set up a Git server.