The other day I was tinkering with Ubuntu and wanted to use the NVIDIA graphics card on my old computer to run code on the GPU and experience the joy of multi-core.

First, install the Cuda development tools with the following command.

Check out the information.

Tested briefly, exceptions were made.

After searching online, I found that it was a driver issue. Install the graphics card driver via the tool that comes with Ubuntu. 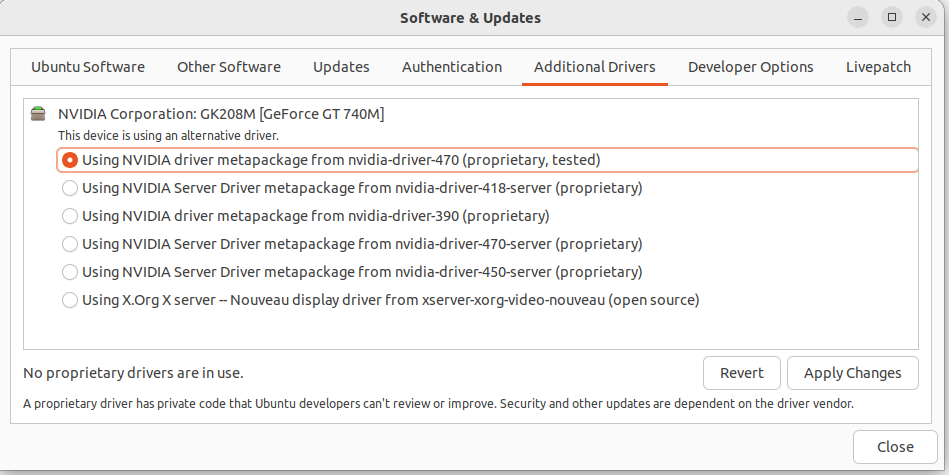 Finally, the problem was successfully solved by installing the driver from the command line.

It was checked and found to be normal.

You can see that the GPU prints a total of 16 times, using a different Thread for execution. This time the result may be different each time it is printed, because the submission GPU is executed asynchronously and there is no way to ensure which unit is executed first. It is also necessary to call the synchronization function cuda.synchronize() to make sure that the GPU finishes executing before continuing on to the next run.

Let’s look at the power of GPU parallelism with this function.

You can see that it takes 3.7 seconds to use the CPU, while the GPU takes only 0.4 seconds, which is still quite fast. Of course, it does not mean that the GPU is necessarily faster than the CPU, it depends on the type of task.