I’ve been following the development progress of the JDK concurrent library for a long time, but I was busy some time ago and rarely checked the official OpenJDK website.

The Java concurrent project Loom (because the project is still in the development stage, OpenJDK gives only a small amount of Loom project-related information in the official website https://openjdk.java.net/projects/loom) has been established before 2018, and has been released based on JDK17 compilation and JDK18 compilation, etc. Early versions, I only found the JDK18 compiled version when I downloaded the early versions of Loom: 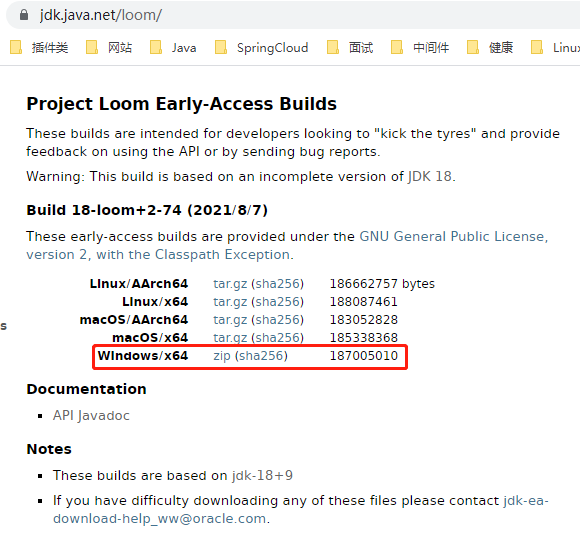 Loom - Fibers, Continuations and Tail-Calls for the JVM

The use of concurrency in the current version of the Loom project does not introduce a new public VirtualThread class, although VirtualThread does exist, this class uses the default modifier, is hidden in the java.lang package, and VirtualThread is a subclass of Thread. The API for creating a concurrent thread is located in the Thread class at

Use this API to create coroutines as follows.

From the current source code it is known that

If you follow the Thread.startVirtualThread() method above to create a coroutine, you obviously can’t define properties such as the name of the coroutine. the Loom project introduces a builder pattern for the Thread class that solves this problem in a more reasonable way.

The chain of all Setter methods for these two builder instances expands as follows.

One thing that can be found here is that the builder is reusable. If you want to use the builder to create the same batch of threads or concurrent threads with the same parameter settings, you can set the name(String prefix, long start) method to define the name prefix of the thread or concurrent thread and a number greater than or equal to 0. Call the Builder#unstarted(Runnable task) method repeatedly to create a batch of The name of the thread or concurrent thread is set to prefix + start, prefix + (start + 1), prefix + (start + 2), and so on. The creation of a thread is basically as simple as this, and the start() method is called directly if it is running.

Currently it is not possible to compile the above classes in the mainstream IDE, so they can only be compiled and run using the tools in that JDK directory as follows.

Here you can also see that the daemon flag of all concurrent instances is true by default and cannot be modified.

If you use the Loom project from a tasting perspective, you can get an early peek at how JVM developers are developing based on the major feature of concurrency, which can help a lot to increase interest in learning the JDK kernel code. From the current point of view, the implementation of the Loom project for the concurrency RELEASE version is estimated to have a lot of features to improve, including the stability of the new API, and whether the concurrency can be ported to the original JUC class library to use (the current Loom-JDK-18+9 did not modify the original thread pool and other class libraries) and other issues need to be resolved, so in the process of maintaining concern quietly wait for it.