Alyssa Rosenzweig, one of the Asahi Linux developers working on porting Linux to the Apple M1, recently shared a milestone on her social media platforms: namely, that she successfully booted the Debian distribution on an Apple M1 device and into the GNOME Shell desktop environment.

It is worth noting, however, that OpenGL graphics acceleration is not yet supported. The experience currently relies solely on LLVMpipe, a software implementation of Mesa Gallium3D for accelerating OpenGL on the CPU, to achieve the OpenGL acceleration required by the GNOME desktop. 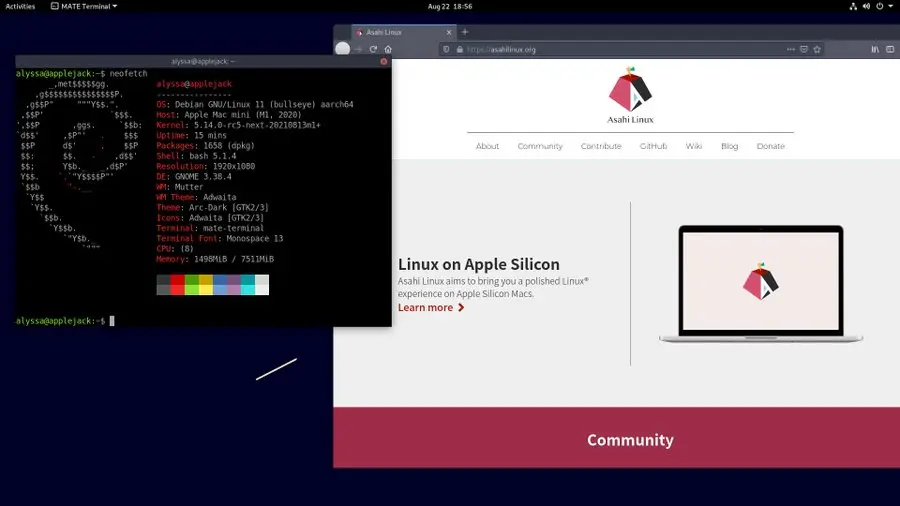 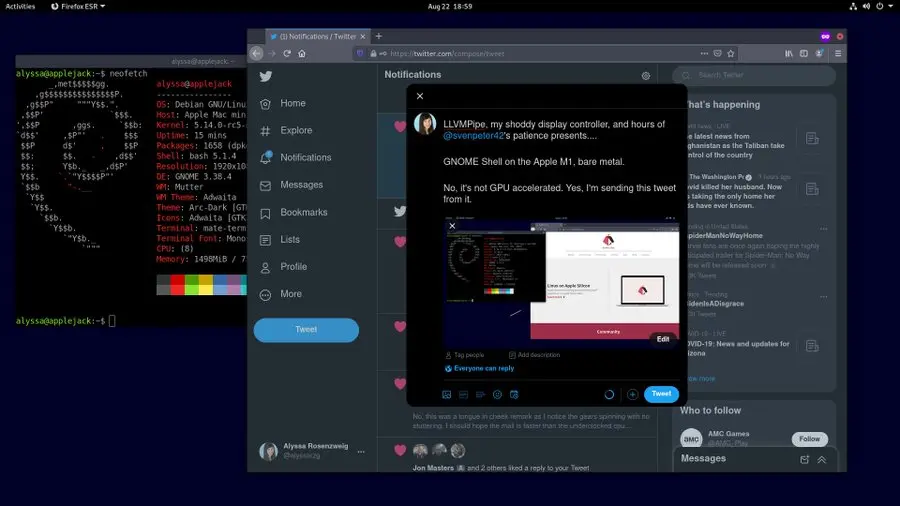 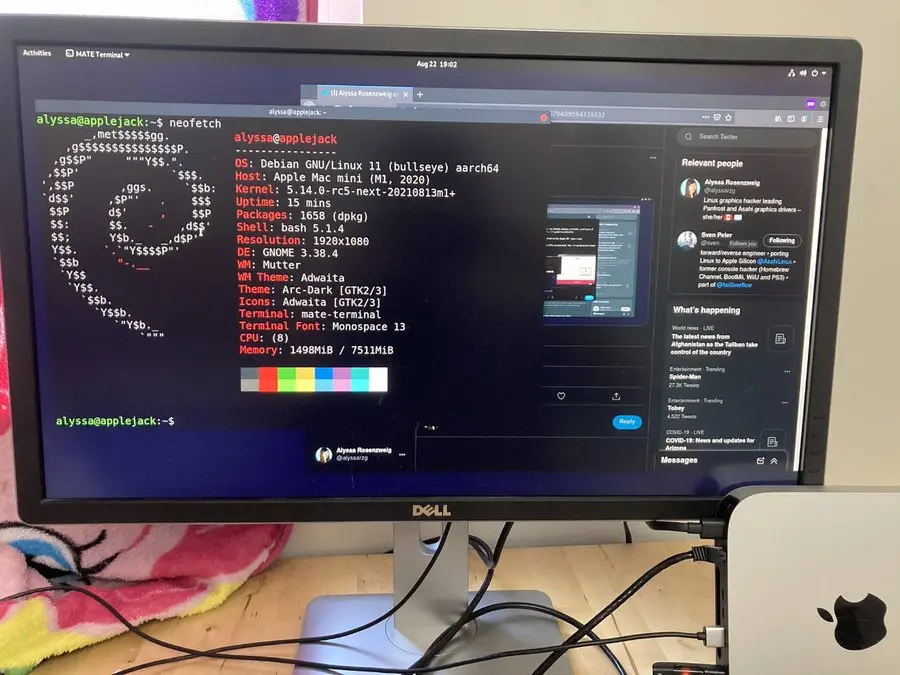 As Phoronix notes, further work on the Linux kernel’s Direct Rendering Manager (DRM) will be required if developers are to get Apple M1 graphics hardware running smoothly on Linux. Mesa support for OpenGL acceleration and Vulkan support, which is equally important for modern computing needs, are also integral.

For those who want to get started now, in addition to the above issues, they will also need to take care of various kernel patches that have not been officially merged into the main Linux line. More details on the current state of GNOME Shell on Apple M1 can be found in the Alyssa release.