Linux is launched and its origins are a small personal project

On 25 August 2021, the 30th birthday of Linux, 30 years ago, Linus Torvalds (hereinafter Linus), a 21-year-old student at university in Helsinki, made a post on Minix Useneg, announcing for the first time that he had made a free operating system called Linux.

“I’m making a free operating system, just a hobby, not as big and professional as GNU”. Little did Linus know at the time that a small project driven by his hobby would develop into a world-changing operating system kernel.

For 30 years, Linus Torvalds has led the development and design of the Linux kernel, which has grown from a hobby-driven personal project to a world-changing computer operating system kernel. Today the top 500 supercomputers in the world run Linux, as do over 70% of smartphones, Microsoft uses Linux more than even Microsoft Windows on its Azure cloud, and Linux is found in embedded electronics, the Internet of Things space and more.

Linux started out as a small hobby project for Linus, but by late 1991 and early 1992, as the number of customers grew and more people were pushing out patches to help improve Linux, Linux had become much bigger than expected and Linus realised that Linux was not just a hobby, but that there were people who liked it and were using it. Linux, and that Linux can do much more than expected. His perception of the project changed from a “personal project” to a “multi-user, bug-feeding, patch-fixing, etc.”.

With the change of licence to the GPLv2, IBM’s capital injection, the Oracle DB port, Red Hat’s public offering, the introduction of Git and the establishment of the Linux Foundation, the Linux kernel has developed in an orderly and healthy way.

The Linux kernel is now used in a wide range of applications.

The voice behind the success of Linux

On the occasion of Linus Torvalds’ release celebrating the 30th anniversary of Linux, Red Hat said “Linux has been the most successful operating system ever because its license allows for copying, improving, distributing, and requiring the sharing of changes (the license does not require collaboration, but the reciprocal nature of Linux strongly encourages it)”.

Kees Cook, a security and Linux kernel engineer at Google, said that “the importance of Linux to today’s Internet ecosystem cannot be overstated”, that “Linux is now running on everything from our everyday smartphones to the International Space Station” and that “dependence on the Internet is dependence on Linux”.

“The “original” goal of having a working kernel for all hardware for all people is still the current goal of Linux”, says GK-H, who has been working on Linux for over 20 years, “We all just want to make a kernel that works for us and others, and we’ve had a lot of challenges over the years, including changes to the development model, how the process works, the time-based release model, keeping each release stable, etc.”.

Referring to how he sees competitors such as Fuchsia, GK-H said “I hope there will be some real competition in terms of operating system kernels, some of the ideas in Fuchsia are interesting and I have discussed them with the developers there, and if there are any good ideas coming out of other projects, that would make sense for Linux as well”.

The Linux Foundation emphasises that we have always had an overall goal of having a high quality operating system and will build new processes and dedicated tools as needed to help improve productivity and further enhance the stability and reliability of the Linux kernel. At this stage Linux already has a very good foundation and it should continue to lead the way in creating best practices for the development of the open source Internet industry as a whole. 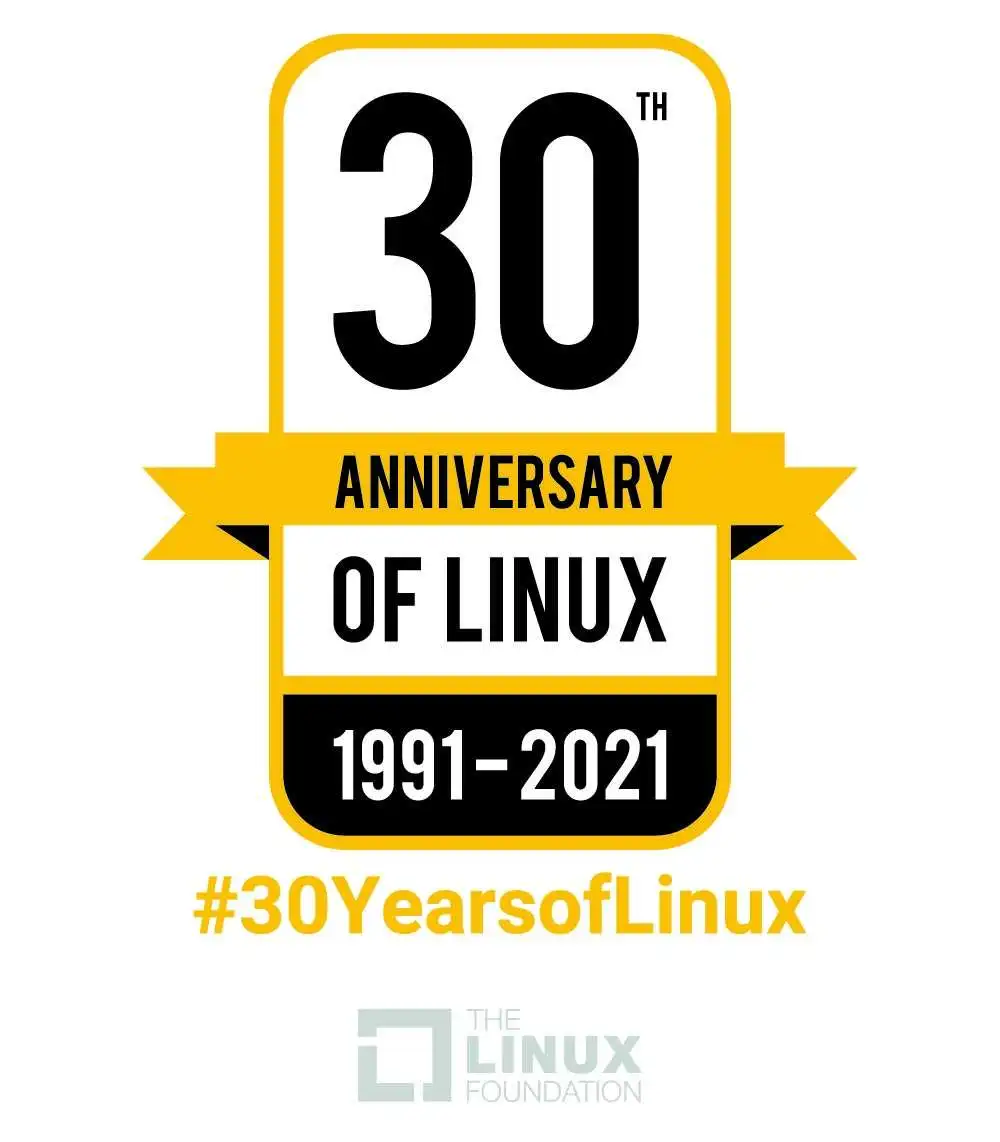 A look back at 30 major Linux milestones

Let’s take a look back at 30 milestones in Linux over the last 30 years and see how Linux went from a small project to the huge operating system kernel it is today.

Finally, in 30 years Linux has changed the world and become an integral part of it, thanks to Linus Torvalds and to all those who have contributed to Linux.