In August 2020, Paragon, a company working on a variety of storage technologies, made a high profile announcement that their NTFS read/write driver would be in mainline development in the Linux kernel, after years of being available as a commercial driver for those who need reliable support for Microsoft file systems on Linux.

It is understood that after several revisions, Paragon submitted a pull request a few days ago for its NTFS read/write driver, dubbed NTFS3, for the upcoming Linux 5.15 kernel.

The Paragon “NTFS3” kernel driver provides better read/write support for Microsoft’s NTFS file system than other kernels or the FUSE option for supporting this file system on Linux.

However, Linus Torvalds, the head of Linux, was very unhappy with this application, and his beef was not with the package pull request, but with the GitHub merge commit. 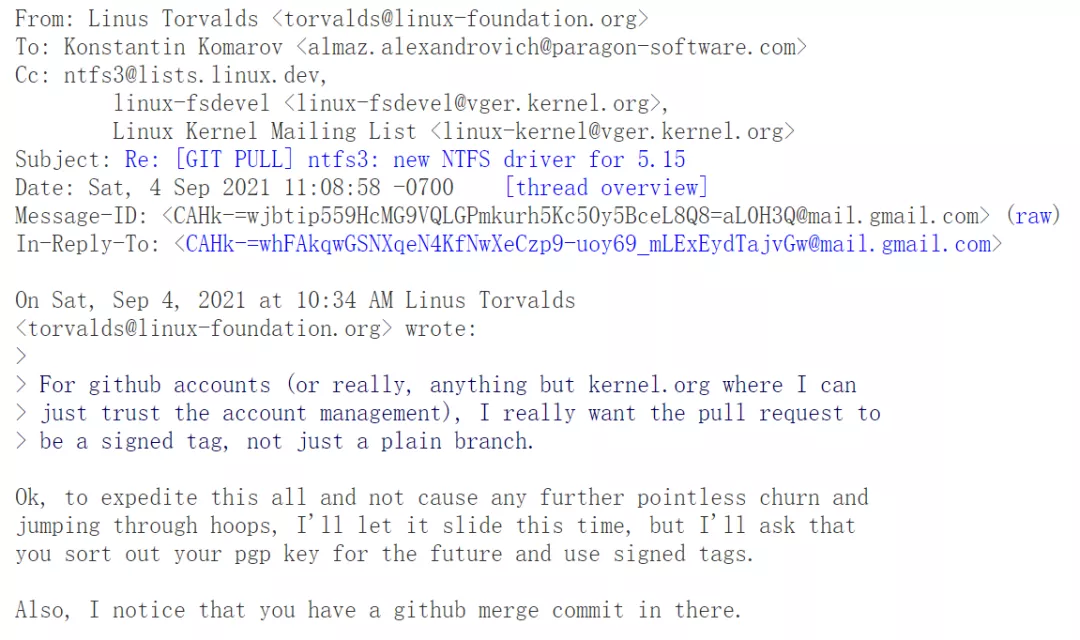 GitHub creates absolutely useless junk merges, and you should never use the GitHub interface to merge anything.

GitHub is a perfect hosting site, and it does many other things very well, but “merging” is not one of them.

Linux kernel merges need to be properly done, which means having proper commit information that contains information about what is being merged and why it is being merged. But it also means proper author and committer information, etc. And all of that is completely screwed up by GitHub.

The email ended with Torvalds mentioning what he prefers to use instead of GitHub when it comes to merging Linux kernels, and for the sake of ongoing development, Torvalds felt it was important to do the right and better thing, which meant merging from the command line rather than using a completely broken GitHub web interface.