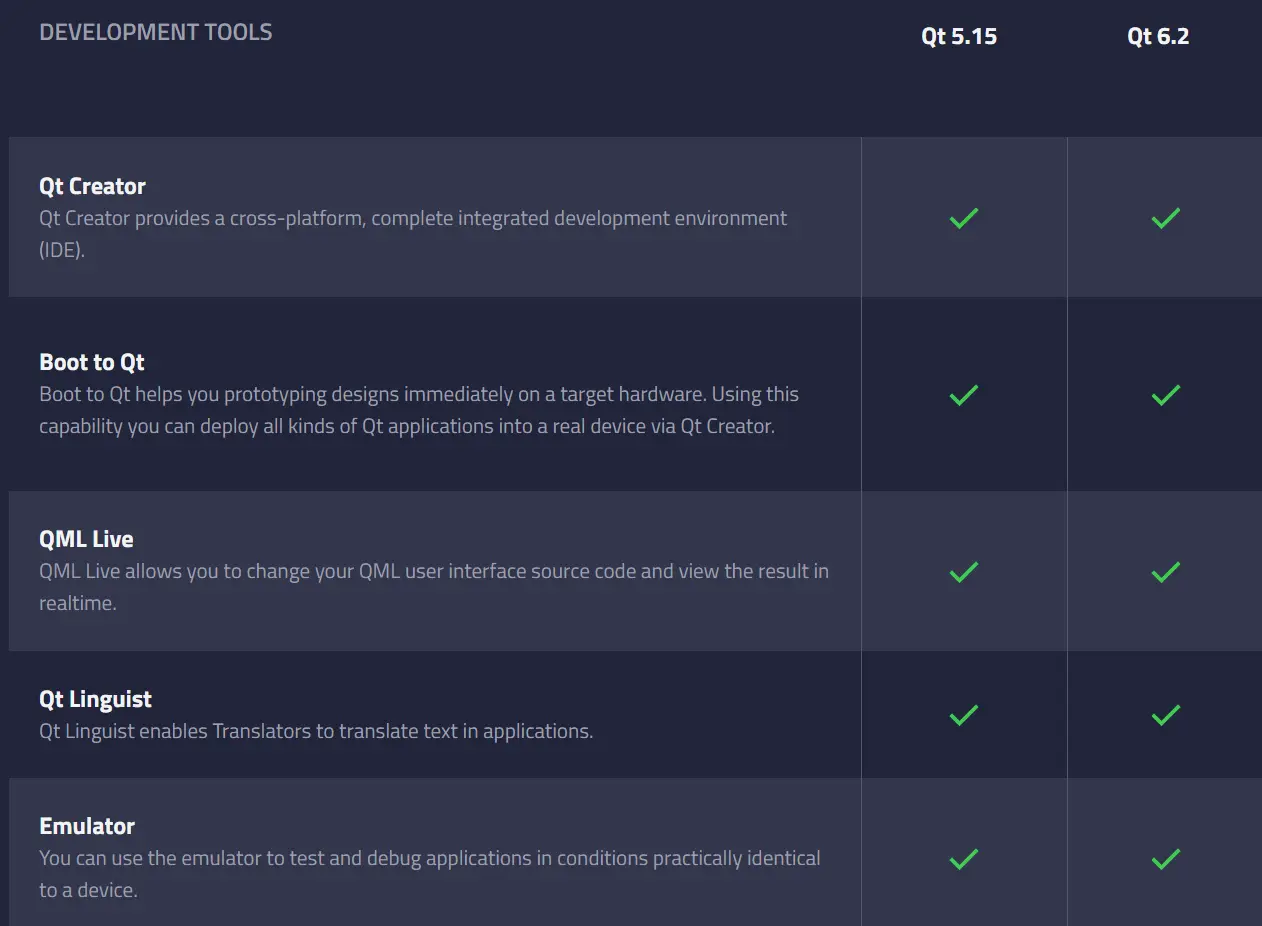 When Qt 6.0 debuted last year, most of the criticism came from the fact that it didn’t port all the modules and features from Qt5, and that Qt Inc. limited the Qt 5.15 LTS release to paying customers only. Since then, developers have been working to address these missing elements in Qt6, and with the upcoming Qt 6.2 LTS, this issue may be resolved.

The blog post notes that 73 of the 77 components that make up Qt 5.15 LTS are already available out of the box in Qt 6.2 LTS, and that these features have either been incorporated into other components, such as the Qt OpenGL module, or deprecated during the Qt 5 lifecycle, such as the Qt Script module, while only four of the 50 additional modules are not yet included, and these four are not These four modules are not important. Furthermore, it states that 6.2 LTS is not only equal in functionality, but also has a lot of innovations.

In addition, the blog post provides a feature comparison page with detailed information about 6.2 LTS compared to 5.15 LTS. If nothing else, Qt 6.2 LTS should be released at the end of September.