The official release of Windows 11 is less than a month away (October 5), which is about a week before the release of Ubuntu 21.10 (codenamed “Impish Indri”), which is on October 14. What will be the performance difference between these two upcoming OS releases?

When measuring OpenGL performance using the new GravityMark benchmark, Windows and Linux are very close in performance with NVIDIA’s latest proprietary drivers. In the Vulkan benchmark, the lead for Windows is even more pronounced.

For GPU computing workloads like Octane and RedShift, Linux tends to offer better performance. For these NVIDIA graphics card tests, performance tends to be similar between Windows 10 and Windows 11 when built with the same NVIDIA drivers.

One area of NVIDIA performance on Windows and Linux that has not been explored before is Vulkan ray tracing. From the results of testing now, it appears that performance is very similar in this area, at least on RTIV, but this is largely as expected given the shared NVIDIA driver codebase.

Ubuntu continues to show a lead over Windows as tested by the ParaView workstation visualization software. All in all, this is how NVIDIA graphics cards perform between operating systems, no big surprises.

Surprisingly, NAMD on Windows is slightly faster than Ubuntu Linux for this Ryzen 9 5900X.

But for most CPU workloads, Ubuntu 21.10 tends to outperform Windows 10/11 on this AMD Ryzen 9

In some scenarios, of course, they provide similar performance.

Follow-up tests were conducted on LuxCore rendering, as well as performance in terms of computing power, and overall the results were not surprising, as they were largely consistent with previous rounds of testing.

The results show that Ubuntu 21.10 leads Windows in 67% of the 107 different tests run, while the rest of the lead is split between Windows 10 and Windows 11. So as things stand now, Ubuntu 21.10 is a clear winner over Windows 11. 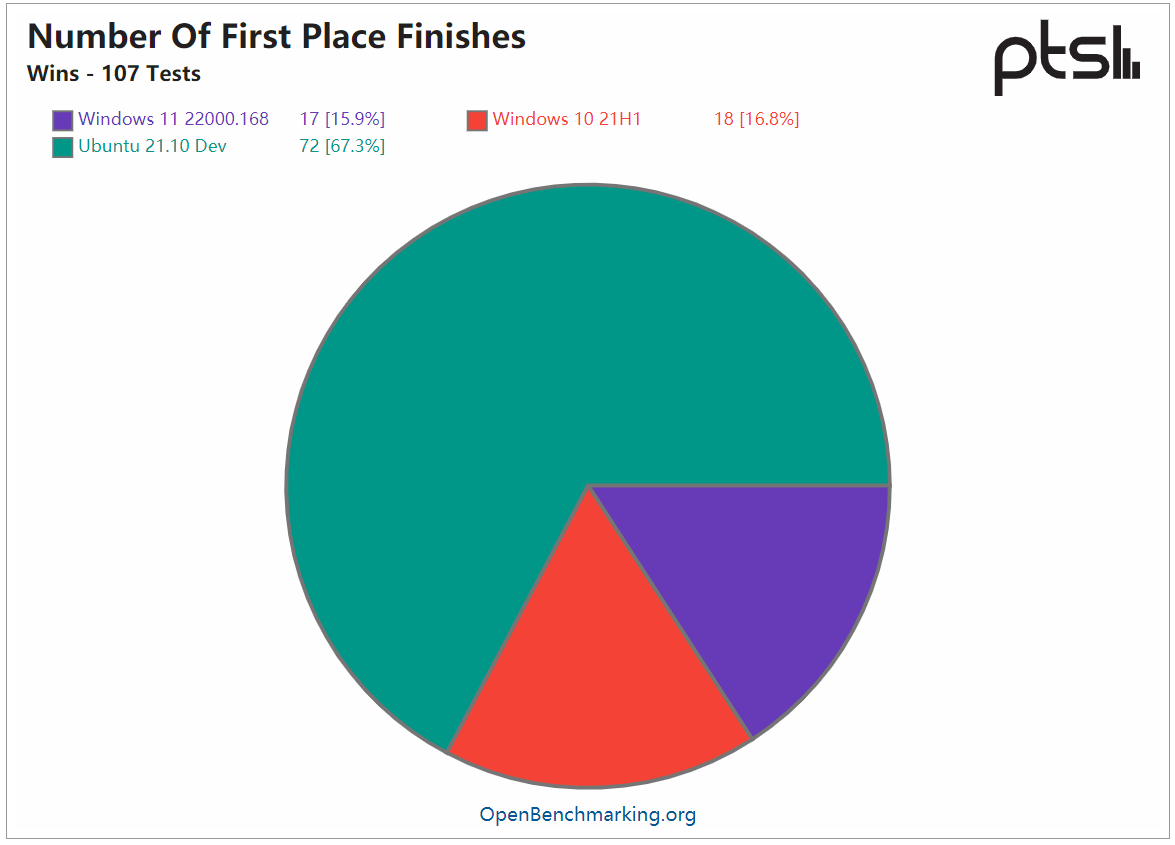 Overall, the Windows 11 Insider Preview still lags behind Windows 10 in some workloads, but overall seems to offer similar performance to Windows 10 21H1. Next month, we’ll see if this remains true for the official release of Windows 11, or if there will be last-minute performance optimizations and build changes to help boost Windows 11 performance.