kube-vip can provide a Kubernetes native HA load balancing on your control plane nodes, we don’t need to set up HAProxy and Keepalived externally to achieve high availability of the cluster anymore.

Originally created to provide an HA solution for the Kubernetes control plane, Kube-Vip has evolved over time to consolidate the same functionality into a LoadBalancer-type service for Kubernetes.

HAProxy and kube-vip for HA clusters

In the old days when we created a Kubernetes cluster in a private environment, we needed to prepare a hardware/software load balancer to create a multi-controller plane cluster, more often than not we would choose to use HAProxy + Keepalived to achieve this functionality. Typically we create 2 load balancer VMs and assign a VIP, then use the VIP to serve the load balancer and redirect the traffic to one of the Kubernetes controller plane nodes on the backend via the VIP. 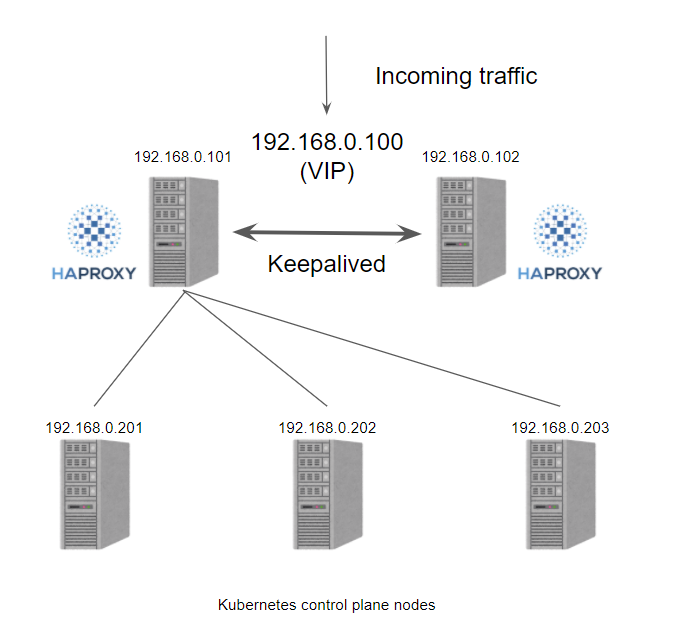 Next, let’s see what happens if we use kube-vip. 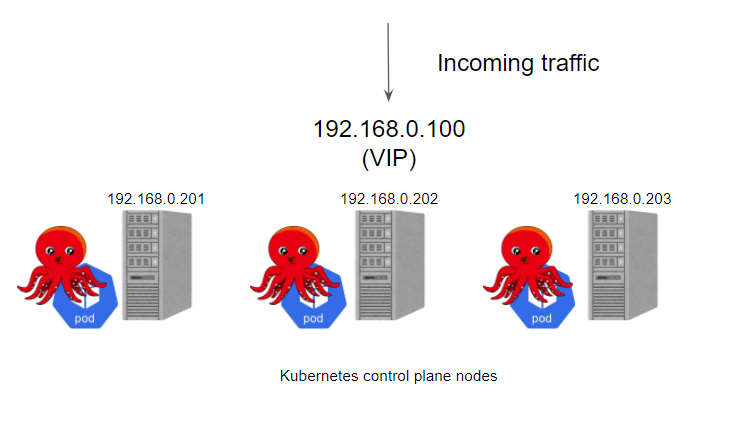 kube-vip can run on control plane nodes with static pods, these pods identify other hosts on each node through ARP conversations, so you need to set the IP address of each node in the hosts file, we can choose BGP or ARP to set the load balancer, which is more similar to Metal LB. Here we don’t have BGP service, we just want to test it quickly, so here we use ARP with static pods.

kube-vip has many feature design options to provide high availability or network functionality as part of a VIP/load balancing solution.

kube-vip creates a multi-node or multi-module cluster to provide high availability. In ARP mode, a leader is elected and this node inherits the virtual IP and becomes the leader of the load balancing within the cluster, while in BGP mode, all nodes are notified of the VIP address.

When using ARP or layer2, it will use leader election and of course raft clustering techniques, but this method has been largely superseded by leader election, especially when running in a cluster.

The leader in the cluster will assign the vip and bind it to the selected interface declared in the configuration. When the leader changes, it will first revoke the vip, or in the case of failure, the vip will be assigned directly by the next elected leader.

When a vip is moved from one host to another, any host using the vip will retain the previous vip <-> MAC address mapping until the ARP expires (typically 30 seconds) and a new vip <-> MAC mapping is retrieved, which can be optimized by using gratuitous ARP broadcasts. 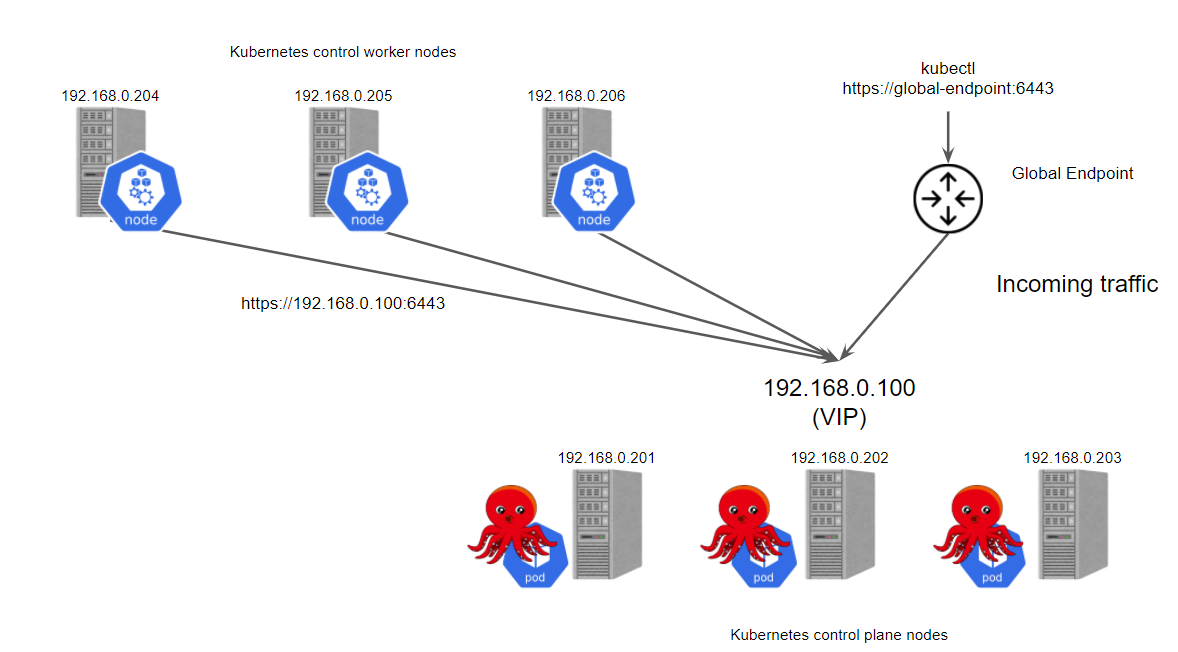 First install the dependencies on the host, including kubeadm, kubelet, kubectl, and a container runtime, in this case containerd.

Get the docker image of kube-vip and set the yaml resource manifest file of the static pod in /etc/kuberentes/manifests so that Kubernetes will automatically deploy the pod of kube-vip on each control plane node.

Next, you can configure kubeadm as follows.

Then install CNI, for example we choose to use Cilium.

For a working node, run a command similar to

The cluster is ready to start up after the normal execution is completed:

Now you can see that the endpoint of our control plane is 192.168.0.100, there are no other additional nodes, is not very convenient.