LVS is the abbreviation of Linux Virtual Server, which means Linux Virtual Server, a virtual server clustering system. LVS is a free software project initiated by Dr. Wen-Song Zhang, and is mainly used for load balancing of multiple servers. It works at the network layer and can achieve high performance, high availability server clustering technology.

LVS is a load balancer that works at layer 4. Its implementation is similar to iptables/netfilter, working on the TCP/IP stack in kernel space. LVS works on the INPUT Hook Funtion and sets additional rules at INPUT. Once a client requests a clustered service, LVS will forcefully modify the request message and send it to POSTROUTING to be forwarded to the back-end host. 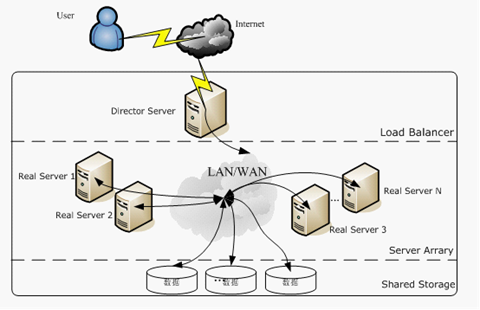 The IP load balancing technology of LVS is implemented through the IPVS module, which is the core software of the LVS cluster system, and its main role is that it is installed on the Director Server, while an IP address is virtualized on the Director Server, and users must access the service through this virtual IP address. This virtual IP is generally called the VIP of LVS, i.e. Virtual IP, and the request for access first reaches the load scheduler through the VIP, which then selects a service node from the Real Server list to respond to the user’s request. When the user’s request arrives at the load scheduler, how the scheduler sends the request to the Real Server node that provides the service, and how the Real Server node returns data to the user is the key technology implemented by IPVS. There are three load balancing mechanisms implemented by IPVS, namely NAT, TUN and DR, as detailed below.

Under the LVS-NAT model, the Director’s incoming and outgoing request messages pass through the Director, so the pressure on the Director is relatively high. 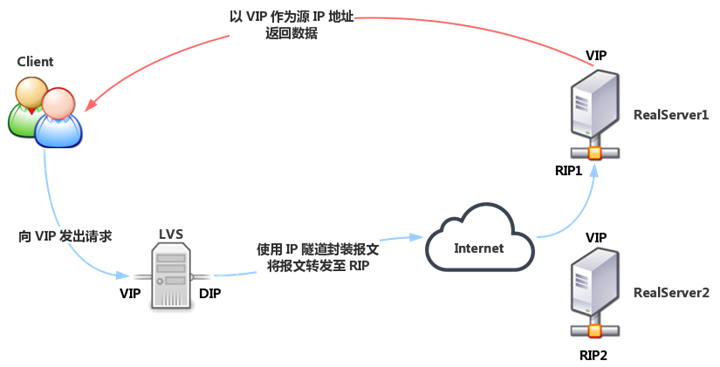 When a client requests a cluster service, the request message is sent to Director’s VIP (Realserver’s VIP does not respond to ARP requests), and Director re-encapsulates the source and destination MAC addresses of the client message, forwards the message to Realserver, and Realserver receives the forwarded message. At this time, the source IP and destination IP of the message are not modified, so the Realserver receives the request message with the destination IP address of the locally configured VIP, and it will use its own VIP to respond directly to the client.

LVS-DR model, the client’s response message will not go through the Director, so the Director’s concurrency capacity is greatly improved.

Features of the LVS-DR model. 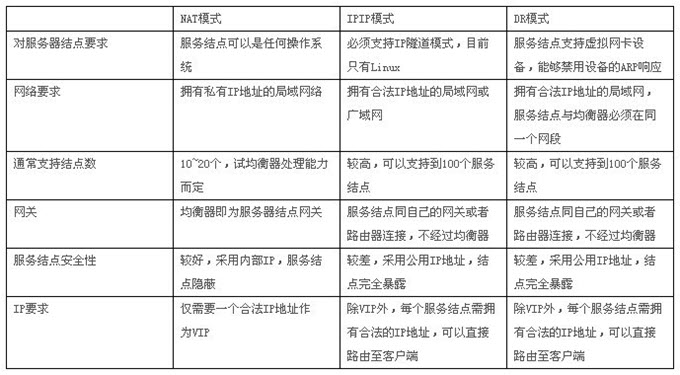