We all know that in Python we can for loop to iterate through a list, tuple or range object. So what is the underlying principle?

A container is a data structure that organizes multiple elements together. The elements in a container can be obtained iteratively one by one, and you can use the in, not in keywords to determine whether an element is contained in the container. Usually this type of data structure stores all elements in memory (there are some exceptions where not all elements are in memory, such as iterator and generator objects) In Python, common container objects are.

For any object in Python that defines a __iter__ method that returns an iterator, or a __getitem__ method that supports subscript indexing, the object is iterable. In Python, all containers, such as lists, tuples, dictionaries, collections, etc., are iterable.

Method for determining whether an object is iterable.

In practical applications it is recommended to use isinstance() to make the determination.

Iterators refer to tools that iterate over values; iteration is an iterative process; each iteration is based on the result of the previous one; iterators provide a generic and index-independent way of iterating over values.

Iterators should implement not only the __iter__ method, but also the __next__ method.

Iterator protocol: The object must provide a next method, the execution of which either returns the next item in the iteration or raises a StopIteration exception to terminate the iteration (it can only go backwards not forwards).

A generator is both iterable and iterative, and there are two ways to define a generator.

Generator functions look and behave like regular functions, but have one defining feature. Instead of return, generator functions use the Python yield keyword. yield indicates where to send the value back to the caller, and unlike return, you don’t exit the function afterwards. Instead, it remembers the state of the function. Thus, when next() is called on a generator object (explicitly or implicitly in a for loop), the value is generated again.

A common use case for generators is working with data streams or large files, such as CSV files. Now, what if you want to count the number of rows in a CSV file? The following code gives some ideas.

You may want csv_gen to be a list. To populate this list, csv_reader() opens a file and loads its contents into csv_gen. The program then iterates through the list and increments row_count for each line.

This is a reasonable logic, but does this design still work if the file is very large? What if the file is larger than the available memory? Let’s assume for a moment that csv_reader() simply opens the file and reads it into an array.

This function opens a given file and adds each line as a separate element to the list using file.read(), with.split(). When executed you may get the following output.

In this case, open() returns a generator object and you can iterate over it lazily line by line. However, file.read().split() loads all the contents into memory at once, leading to MemoryError. so, how to handle these huge data files? Look at redefining csv_reader().

You can also define generator expressions whose syntax is very similar to list derivatives. This makes it possible to use generators without calling the function.

To get a finite sequence in Python, you range() can be called in the context of a list and evaluate it.

However, generating an infinite sequence requires the use of a generator, since your computer’s memory is limited.

The program will execute consistently until you stop it manually. In addition to using a for loop, you can also next() to call the generator object directly. This is particularly useful for testing generators in the console: the

Example 3: Back to text detection

You can use infinite sequences in many ways, but one practical use for them is to construct an echo detector. An echo detector will find all letters or sequences that are an echo. That is, forward and backward to be able to read the same word or number, for example 121. First, define your numeric echo detector.

Don’t worry too much about understanding the underlying math in this code. This function takes an input number, inverts it, and checks to see if the inverted number is the same as the original number. The only numbers printed to the console are those that are the same forward or backward.

You learned earlier that generators are a great way to optimize memory. While the infinite sequence generator is an extreme example of this optimization, let’s zoom in on the number-squared example you just saw and examine the size of the resulting object. You can do this by calling sys.getsizeof().

You have seen the most common uses and constructs of generators, but there are a few more tricks to introduce. In addition to yield, the following methods are available for generator objects.

This program will print numeric palindromes as before, but with a few tweaks. When a palindrome is encountered, your new program will add a number and start searching for the next one from there.

What you are creating here is a coroutine (concatenation), or a generator function that can pass data. These are useful for building data pipelines.

.throw() allows you to use generators to throw exceptions. In the following example, this code will throw a ValueError when digits=5 is thrown.

.throw() is useful in any area where you may need to catch an exception.

As the name implies, .close() allows you to stop the generator. This is particularly handy when controlling an infinite sequence generator.

.close() is that it raises StopIteration an exception to indicate the end of the finite iterator. 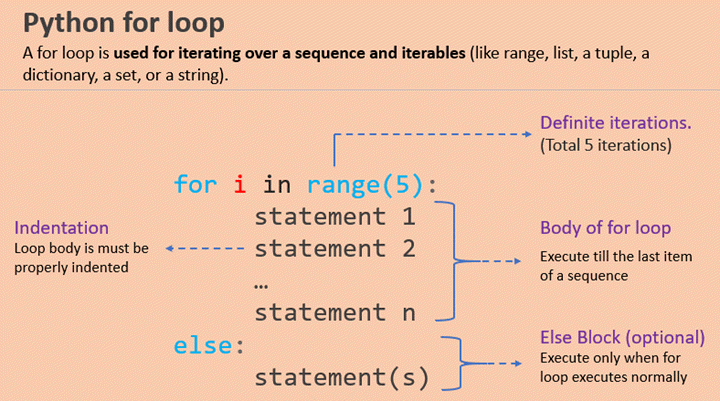 Iterable objects in the for loop work mechanism.

Iterator in for loop working mechanism.

In Python, for loops are compatible with two mechanisms.

When the for loop finds no __iter__ but __getitem__, it will read the corresponding subscripts in order, starting from 0 until an IndexError occurs. iter() method also handles this case, returning a subscripted iterator object instead when __iter__ is not present.

Generator functions in the standard library

Functions that read an iterator and return a single value.