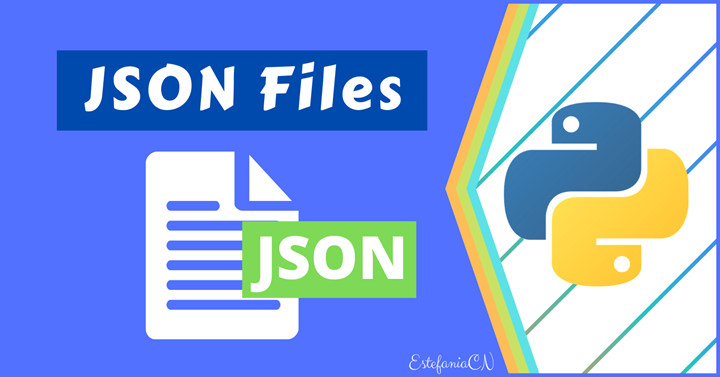 JSON, JavaScript Object Natation, is a lightweight data interchange format that is ideal for server interaction with JavaScript.

In ordinary Web applications, developers often struggle with XML parsing, either server-side generation or processing of XML, or client-side parsing of XML with JavaScript, often resulting in complex code and very low development efficiency. In fact, for most Web applications, many AJAX applications even return pieces of HTML directly to build dynamic Web pages. Returning HTML fragments greatly reduces the complexity of the system compared to returning XML and parsing it, but lacks some flexibility.

JSON provides an alternative data interchange format for Web application developers. Like XML, JSON is a plain text-based data format. Because JSON is inherently intended for JavaScript, the JSON data format is very simple. You can use JSON to transfer a simple String, Number, Boolean, an array, or a complex Object object.

The structure of JSON is based on the following two points

JSON represents JavaScript objects as a specific string. If a string of this form is assigned to any JavaScript variable, the variable becomes an object reference, and the object is constructed from the string.

Suppose here that we need to create a User object with the following properties.

You can use the following JSON form to represent the User object.

Then if this string is given to a JavaScript variable, then either property of the object can be used directly.

The actual use may be a little more complicated, for example, if we define a more detailed structure for Name, so that it has EnglishName and ChineseName.

In addition to using the “.” reference attribute, the following statement can be used.

Some rules of JSON.

Some advantages of JSON.

Difference between JSON and Python dictionary

JSON and Python dict is very similar, are stored in the form of key-value data, and json, dict can also be very convenient through dumps, loads for mutual conversion of the format.

Since they are all in key-value format, why do they need format conversion?

The difference between JSON and dict.

JSON data can be coded and decoded in Python using the json module, which contains two functions.

Data type conversion in the JSON to Python dictionary process. 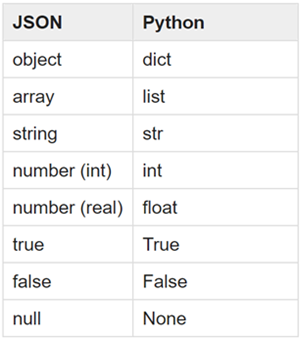 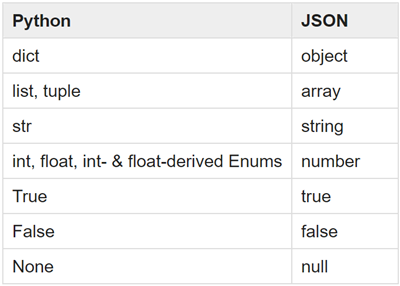 Difference between json and simplejson

The json module in the Python standard library is actually simplejson, except that it is updated more slowly than the standalone simplejson. Both are similar in functionality, but simplejson is a bit better in performance.

JSONP (JSON with Padding) is a JSON “usage pattern” that allows web pages to request data from other web domains.

Due to the same-origin policy, web pages located at server1.example.com generally cannot communicate with servers that are not server1.example.com, with the exception of the <script> element in HTML. Using this open strategy of the <script> element, web pages can get JSON information dynamically generated from other sources, and this usage pattern is known as JSONP. The information captured with JSONP is not JSON, but arbitrary JavaScript, which is executed with a JavaScript translator instead of being parsed with a JSON parser.

To understand how this pattern works, imagine that there is a URL that returns a JSON file, and the Javascript program can use XMLHttpRequest to ask for information from this URL. Suppose our URL is http://server2.example.com/RetrieveUser?UserId=xxx. Suppose Ming’s UserId is 1234, and when the browser passes Ming’s UserId through the URL, that is, it crawls http://server2.example.com/ RetrieveUser?UserId=1234, we get.

This JSON information may be generated dynamically based on the query parameters passed to the URL.

In this case, it is conceivable to set the src attribute of the <script> element to a URL that returns the JSON, which means that it is possible to grab the JSON from the HTML page through the script element.

However, a JSON file is not a JavaScript program. In the JSONP usage model, the URL is a dynamically generated JSON wrapped in a function call, which is the “padding” or “prepending” of JSONP. " or “prefix” in JSONP.

By convention, the browser provides the name of the callback function as part of the named query parameters in the request sent to the server, e.g.

The server fills the callback function (parseResponse) with JSON data before passing it to the browser. The response the browser gets is no longer a mere narrative of information but a script. In this case, the browser gets the following.

While the padding (pre-padding) is “usually” a callback function defined in the context of browser execution, it can also be a variable assignment, an if narrative, or other JavaScript narrative. the response to a JSONP request (i.e., a request using the JSONP schema) is not JSON and is not treated as such JSON parsed - the return can be any operator, and need not even be JSON at all, although the padding part is still conventionally a small snippet of JavaScript that triggers a function call that acts on the JSON-formatted material.

Alternatively, a typical JSONP is a solution that wraps an existing JSON API with a function request to achieve cross-domain access. In order to initiate a JSONP request (or rather, to use this pattern), you need a script element. Therefore, the browser must add (or reuse) a new <script> element with the required src value into the HTML DOM for each JSONP request - or “inject” the element. Because of this, JSON is said to be a way to “allow users to bypass same-origin policies by injecting script elements”.

Using the script tag of the remote site allows the remote site to inject any content into the site. If the remote site has a JavaScript injection vulnerability, the original site will be affected as well. There is an ongoing project to define a so-called JSON-P strict security subset that would allow browsers to force the processing of requests with a MIME class of “application/json-p”. If the response cannot be parsed as strictly JSON-P, the browser can throw an error or ignore the entire response.

Rough JSONP deployments are vulnerable to cross-site forgery requests (CSRF/XSRF). Because HTML <script> tags do not adhere to the same-origin policy in browsers, malicious pages can request and obtain JSON information belonging to other sites. When a user is logged into that other site, this situation allows the malicious site to manipulate the JSON data in the context of the malicious site, potentially compromising the user’s password or other sensitive information.

This is only a problem if the JSON data contains confidential information that should not be leaked to third parties, and the server relies only on the browser’s same-origin policy to block unusual requests. If the server determines the proprietary nature of the request itself and only outputs the information if the request is normal, then there is no problem. A cookie alone is not sufficient to determine that a request is legitimate, which makes it vulnerable to cross-site forgery of requests.

We know that even if the code in the cross-domain js file (which of course means in compliance with the web script security policy), the web page can be executed unconditionally.

The remote server remoteserver.com has a remote.js file in the root directory with the following code.

There is a jsonp.html page code under the local server localserver.com as follows.

The remote.js file code is as follows.

After running and checking the result, the page successfully pops up a window showing that the local function was called successfully by the remote js across the domain and also received the data brought by the remote js. I’m very happy that the purpose of cross-domain remote data acquisition has basically been achieved, but another problem has arisen, how do I let the remote js know what the name of the local function it should call is? After all, the server of jsonp has to face many service objects, and each of these service objects has a different local function, right? Let’s move on to the next step.

Look at the code of the jsonp.html page.

This time the code change is relatively large, no longer directly write the remote js file to death, but the code to achieve dynamic query, and this is the core part of the jsonp client implementation, the focus in this case also lies in how to complete the whole process of jsonp calls.

We see that the call url passed a code parameter, telling the server that I want to check the CA1998 flight information, and the callback parameter tells the server that my local callback function is called flightHandler, so please pass the query results into this function to call.

OK, the server is very smart, the page called flightResult.aspx generates a piece of code like this to jsonp.html (the server-side implementation is not demonstrated here, it has nothing to do with your choice of language, in the end it is a spliced string).

We see that what is passed to the flightHandler function is a json, which describes the basic information about the flight. Run the page, a pop-up window appears successfully, and the whole process of jsonp execution is completed successfully!

Up to this point, I believe you have been able to understand the principle of jsonp client implementation, right? All that remains is to encapsulate the code so that it can interact with the user interface and be called multiple times and repeatedly.

We still use the same example as above for the flight information query, assuming that the jsonp results are returned unchanged.

Why didn’t I write the function flightHandler this time? And it worked! That’s where jQuery comes in. jquery automatically generates a callback function for you when handling ajax of type jsonp and takes the data out for the success property method to call.

Similarities and differences between ajax and jsonp

ajax and jsonp are two technologies that “look” very similar in the way they are called, and the purpose is the same, both are requesting a url and then processing the data returned by the server, so frameworks such as jquery and ext encapsulate jsonp as a form of ajax; but ajax and jsonp are essentially different things.

But ajax and jsonp are actually essentially different things. ajax’s core is to get non-page content via XmlHttpRequest, while jsonp’s core is to dynamically add <script> tags to call the js script provided by the server.

So, in fact, the difference between ajax and jsonp is not whether it is cross-domain or not. ajax can achieve cross-domain through the server-side proxy as well, and jsonp itself does not exclude the acquisition of data from the same domain.

And that is, jsonp is a way or non-compulsory protocol, as ajax, it does not have to use json format to pass data, if you want, string can, but this is not conducive to the use of jsonp to provide public services.

In short, jsonp is not a special case of ajax, even if jquery and other giants to jsonp encapsulated into ajax, can not change this!