When programming in Python, you will often encounter operations that read and write files. The various modes of reading and writing files (such as read, write, append, etc.) can sometimes be really confusing, as well as confusing the use of methods such as open, read, readline, readlines, write, writelines, etc. can also throw you for a loop.

What is a document?

Before we start looking at how to use files in Python, it’s important to understand exactly what files are and how modern operating systems handle certain aspects of them.

Essentially, a file is a contiguous set of bytes used to store data. This data is organized in a specific format and can be anything as simple as a text file, or as complex as a program executable. Finally, these byte files are translated into binary files1,0 for easier processing by the computer.

A file on most modern file systems consists of three main parts. 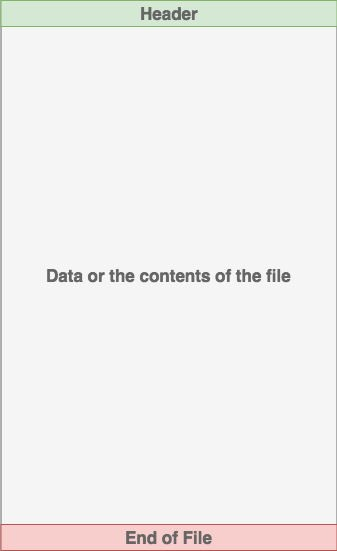 The content of the data representation depends on the format specification used and is usually indicated by the extension. For example, a file with a .gif extension is most likely to conform to the Graphics Interchange Format specification. There are hundreds, if not thousands, of file extensions.

File paths are required to access files on the operating system. A file path is a string that represents the location of a file. It is divided into three main parts.

A common problem encountered when working with file data is the representation of new lines or line endings. Line endings originated in the days of Morse code, when a specific symbol was used to indicate the end of a transmission or the end of a line.

Later, the International Organization for Standardization (ISO) and the American Standards Association (ASA) standardized teletypewriters. the ASA standard specifies that line endings should use carriage returns (sequence CR or \r) and line feed (LF or \n) characters (CR+LF or \r\n). However, the ISO standard allows CR+LF characters or LF characters only.

Windows uses the CR+LF character for newlines, while Unix and newer Mac versions use only the LF character. This can lead to some complications when you are working with files that originate on different operating systems. Here’s a simple example. Suppose we examine the file dog_breeds.txt created on a Windows system.

The same output will be interpreted differently on Unix devices.

Output is always folder first and then file name

The output follows the directory tree structure and is sorted alphabetically.

The glob module is one of the simplest modules, with very little content. Use it to find pathnames of files that match specific rules.

returns a list of all matching file paths. It has only one argument, pathname, which defines the file path matching rules, here it can be either absolute or relative paths. Example.

Open a file with the with statement

If you need to open the file in binary mode, you need to add the character “b” after mode, such as “rb”, “wb”, etc.

If you don’t use the with statement, the code is as follows.

There are two problems here :

Although this code works well, it is too long. with, in addition to having a more elegant syntax, also does a good job of handling exceptions generated by the contextual environment.

The with version of the code.

The workflow of with.

Sometimes you may want to read a file and write to another file at the same time. If you use the example shown when learning how to write to a file, it can actually be merged into the following.

read() is the simplest way to read all the contents of a file at once in one big string, i.e., in memory.

readline() reads text line by line, the result is a list

readlines() reads all the contents of the text at once, the result is a list

This method reads text with a ‘\n’ line break at the end of each line (you can use L.rstrip(’\n’) to remove the line break)