In our daily work, we often use tasks that need to be executed periodically, one way is to use Linux crond in combination with command line implementation. Another way is to use Python directly, and the following is a list of common ways to implement Python timed tasks. 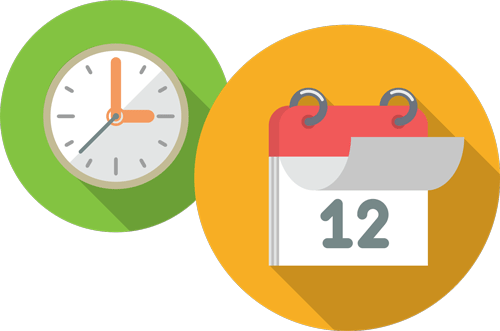 Use while True: + sleep() to implement a timed task

Based on this feature, we can implement a simple timed task by means of while dead loop + sleep().

Timeloop is a library that can be used to run multi-cycle tasks. It is a simple library that uses the decorator pattern to run tagged functions in threads.

Timer in threading module is a non-blocking function, a little better than sleep, timer is the most basic understanding of the timer, we can start multiple timer tasks, these timer tasks are asynchronous execution, so there is no waiting order execution problem.

The sched module implements a generic event scheduler that uses a delay function in the scheduler class to wait for a specific amount of time to execute a task. It also supports multi-threaded applications, where the delay function is called immediately after each task is executed to ensure that other threads can also execute.

class sched.scheduler(timefunc, delayfunc) This class defines a generic interface for scheduling events, it takes two external arguments, timefunc is a function that returns a number of time type without arguments (commonly used as time in the time module), delayfunc should be a function that takes one argument to call, is compatible with the output of timefunc, and serves to delay multiple time units (commonly used as sleep in the time module).

Personal comment: better than threading.Timer, no need to call it in a loop.

Let’s look at the code first. Is it possible to understand what it means without reading the documentation?

Retrieve tasks based on tags.

Cancellation of tasks according to the label.

Run the task to a certain time.

APScheduler(advanced python scheduler) based on Quartz a Python timed task framework that implements all the features of Quartz , very easy to use . Provides date-based, fixed interval and crontab type tasks, and can persist tasks. Based on these features , we can easily implement a Python timed task system .

It has the following three features.

Job is the smallest execution unit of APScheduler. When creating a Job, specify the function to be executed, the parameters required in the function, and some information about the settings when the Job is executed.

date timing, the job is executed only once.

Listener represents the user-defined listening to some Event, for example, when the Job triggered the EVENT_JOB_MISSED event can do some other processing according to the needs.

The Scheduler is the core of the APScheduler, through which all relevant components are defined. scheduler, once started, will start scheduling according to the configured tasks. In addition to waking up the scheduler based on the upcoming scheduling time generated by all the trigers that define the Job. Scheduling is also triggered when a change in Job information occurs. 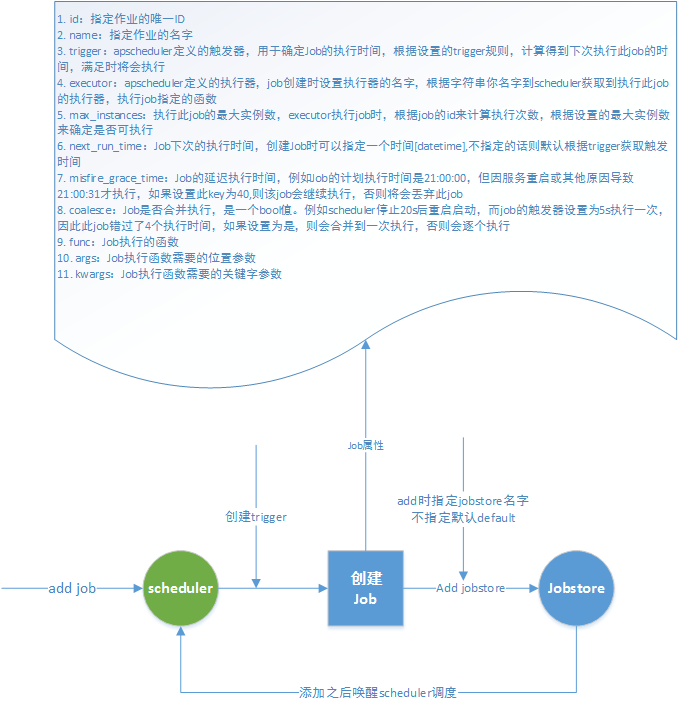 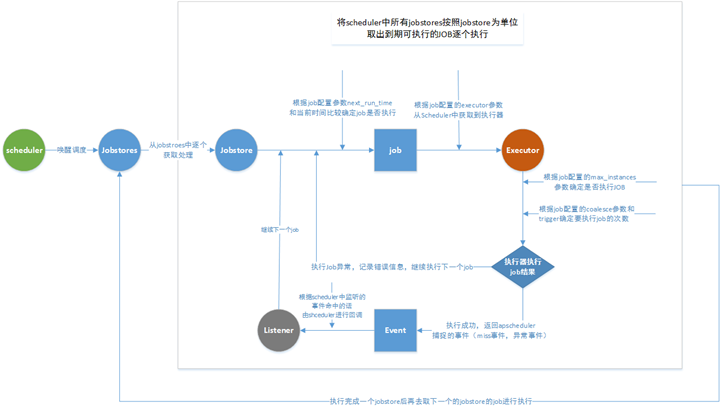 Celery is a simple, flexible, and reliable distributed system for handling large numbers of messages while providing operations with the tools needed to maintain such a system, and also for task scheduling. Celery would not be a good choice if you just need a lightweight scheduling tool.

Celery is a powerful distributed task queue that allows tasks to be executed completely off the main application and even be assigned to run on other hosts. We usually use it to implement asynchronous tasks (async task) and timed tasks (crontab). Asynchronous tasks are time-consuming operations such as sending emails, or uploading files, image processing, etc. Timed tasks are tasks that need to be executed at a specific time.

It should be noted that celery itself does not have task storage capabilities, and tasks must be stored when scheduling them, so you need to use celery with some tools that have storage and access capabilities, such as message queues, Redis cache, database, etc. The official recommendation is the message queue RabbitMQ, and sometimes Redis is also a good choice.

Its architecture consists of the following diagram. 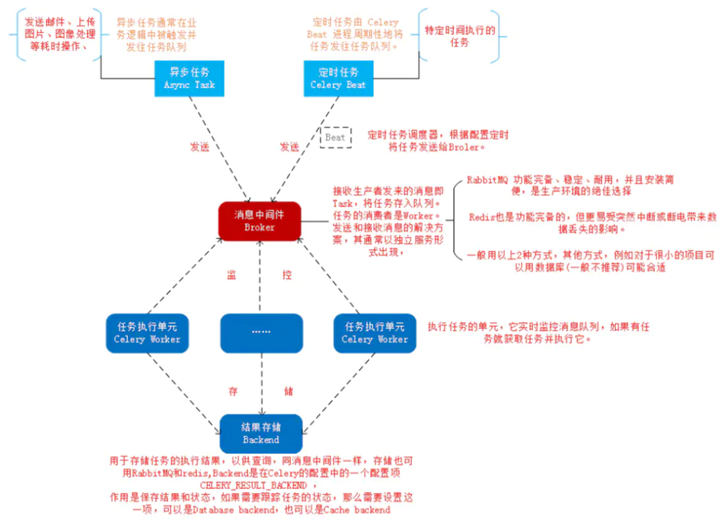 The Celery architecture, which uses a typical producer-consumer model, consists of the following main components.

In practice, when a user initiates a request from the web front-end, we only need to drop the task to be processed into the task queue broker, and the idle worker will process the task, and the result will be temporarily stored in the background database backend. We can start multiple worker processes on one machine or multiple machines at the same time to achieve distributed parallel processing of tasks.

Apache Airflow is an Airbnb open source data flow tool , is currently an Apache incubation project . In a very flexible way to support the ETL process of data , but also supports a very large number of plug-ins to complete functions such as HDFS monitoring , email notifications , etc. Airflow supports both stand-alone and distributed mode , support Master-Slave mode , support Mesos and other resource scheduling , have very good scalability . It is adopted by a large number of companies.

Airflow is developed in Python, and it uses DAGs (Directed Acyclic Graph) to express the tasks to be executed in a workflow, and the relationships and dependencies between tasks. For example, in the following workflow, the execution of task T1 is completed before T2 and T3 can start executing, and T4 can start executing after both T2 and T3 are executed.

In addition to the above Operators it is also easy to customize Operators to meet individual task requirements.

In some cases, we need to execute different tasks depending on the result of the execution, so that the workflow will branch. For example: 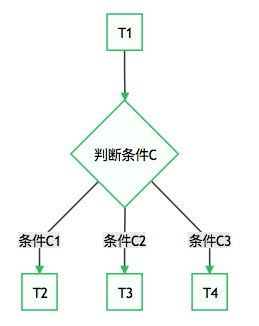 This requirement can be implemented using BranchPythonOperator.

Background of the creation of Airflow

Often, in a large system such as an operations and maintenance system, a data analysis system, or a testing system, we have a variety of dependency requirements. These include, but are not limited to.

In a scalable production environment, Airflow contains the following components. 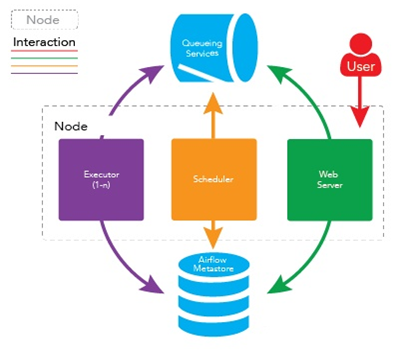 The specific implementation of the worker is specified by the executor in the configuration file. airflow supports multiple executors:

The architecture of using CeleryExecutor is shown in the figure:

The architecture using KubernetesExecutor is shown in Figure: