In complex distributed systems, it is often necessary to uniquely identify a large number of data and messages. A unique ID is needed to identify a piece of data or a message after the data is divided into libraries and tables, and the self-incrementing ID of the database obviously does not meet the demand at this time a system that can generate a globally unique ID is very necessary. To summarize, what are the requirements of the business system for ID number?

Take the business-side requirements for order numbers as an example. 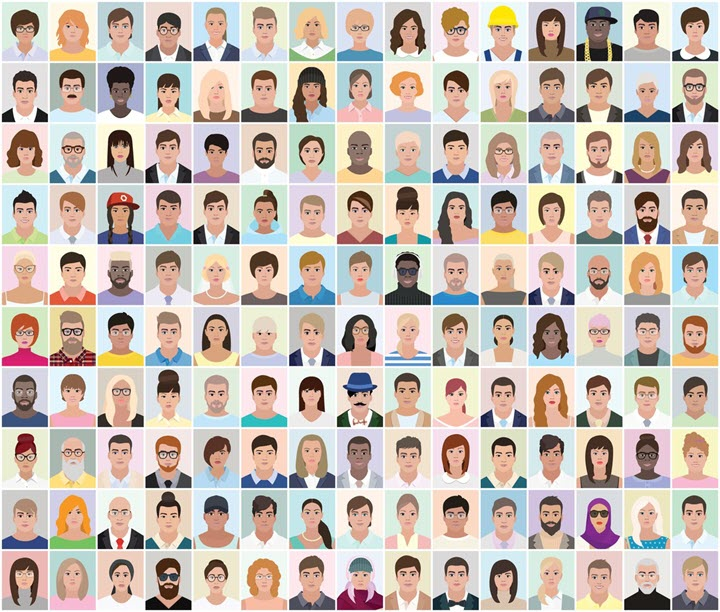 The standard type of UUID (Universally Unique Identifier) contains 32 hexadecimal digits, divided into five segments by hyphen, in the form of 36 characters of 8-4-4-4-12, example: 550e8400-e29b-41d4-a716-446655440000, so far the industry has a total of 5 There are five ways to generate UUIDs so far, see the IETF UUID specification A Universally Unique IDentifier (UUID) URN Namespace for details.

The more popular UUID variant is based on the MySQL UUID variant: timestamp + machine number + random, as described in [GUID/UUID Performance Breakthrough](http://mysql.rjweb.org/doc.php/ uuid)

Also, with the advent of the UUID_TO_BIN(str, swap_flag) method, the the above implementations are not so applicable anymore.

Snowflake is a global unique id generation scheme open sourced by Twitter. The background of the Twitter-Snowflake algorithm is quite simple, in order to meet the tens of thousands of messages per second requested by Twitter, each message must be The core of the Snowflake algorithm combines a timestamp, a working machine id, and a sequence number (41 bits of millisecond time + 10 bits of machine ID + 12 bits of sequence in milliseconds).

In the above string, the first bit is unused (and can actually be used as a sign bit for long), the next 41 bits are the millisecond time, then 5 bits datacenter identification bits, 5 bits machine ID (not really an identifier, but actually for the thread identification), and then 12 bits the current count in milliseconds within that millisecond, adding up to exactly 64 bits for a Long type.

Except for the highest bit which is marked as unavailable, the remaining three bit occupancy groups can be floated, depending on the specific business requirements. By default, the 41-bit timestamp can support the algorithm until 2082, the 10-bit work machine id can support 1023 machines, and the sequence number can support 4095 self-incrementing sequence ids generated in 1 millisecond.

The solution here is to need a process for job id assignment, which can use a simple process written by yourself to record the assignment id.

Snowflake is an algorithm that generates IDs by dividing namespaces (UUIDs are also counted, and are analyzed separately because they are more common), and this scheme divides the 64-bit into multiple segments: timestamp + work number + seq number, separately to indicate the machine, time, etc.

The specific implementation has the following options in addition to the official Scala version.

snowflake’s algorithm is still good, in fact, itself is not complicated, the complexity is how your client uses. The problems encountered are as follows.

The whole process is decentralized, except for the external dependency when the worker is started (it needs to get the worker number from Zookeeper), and then it can work independently.

As you can see from this exception, if there is a large deviation in the clocks of the machines Snowflake is running on, the whole Snowflake system will not work properly (the more deviations, the longer the wait time to assign a new ID). As you can see from Snowflake’s official documentation (https://github.com/twitter/snowflake/#system-clock-dependency) it explicitly requires that “You should use NTP to keep your system clock accurate”. And it is better to configure NTP in a mode that does not adjust backwards. In other words, when NTP corrects the time, it will not dial back the machine clock.

Options that can be taken to solve the above mentioned timing problems.

Using this method requires attention to.

There are some variants of Snowflake, and individual applications have made some changes to Snowflake to suit their actual scenarios.

The purpose of this is to achieve a smaller conflict probability with more bits, so that more workers can work at the same time. It can also allocate more IDs per millisecond.

The idea of Simpleflake is to eliminate the worker number, keep the 41 bits timestamp, and extend the sequence number to 22 bits.

MongoDB official documentation ObjectID can be regarded as similar to snowflake method, through “time + machine code + pid + inc” a total of 12 bytes, through the way 4 + 3 + 2 + 3 finally identified into a 24-length hexadecimal characters. Compared to snowflake length and readability is less.

Leaf by Meituan is also a distributed ID generation framework. It is very comprehensive, i.e., it supports number segment mode as well as snowflake mode.

The difference between Leaf’s snowflake pattern and the original snowflake algorithm is mainly in the generation of workId, which is based on ZooKeeper’s sequential Id.

Flickr is using something called Ticket Servers. It is implemented using pure MySQL.

Insert a record first, then use replace to get the id

The Instagram ID generation is simply described as 41b ts + 13b shard id + 10b increment seq.

The implementation is as follows.

The 41 bits Timestamp is similar to Snowflake when generating unique IDs, and this cry mainly describes how to generate the 13 bits logic Shard code and the 10 bits sequence number.

The sequence number is generated using the auto-increment sequence on each PostgreSQL Table.