When deploying WEB applications in PHP and Python, you will encounter concepts like CGI, FastCGI, WSGI, uWSGI, etc. Previously, I have been very confused about these concepts and did not know how to choose. So I took the time to sort out this part, and the following are the main contents.

CGI, or Common Gateway Interface, is a standard for interfacing between external applications (CGI programs) and Web servers, a protocol for passing information between CGI programs and Web servers. the CGI specification allows Web servers to execute external programs and send their output to Web browsers, CGI turns CGI turns the Web’s simple set of static hypermedia documents into a complete new interactive medium. In layman’s terms CGI is like a bridge that connects a web page to the executing program in the WEB server, it passes the instructions received from the HTML to the server’s executing program and returns the results of the server’s executing program to the HTML page. CGI has excellent cross-platform performance and can be implemented on almost any operating system.

The CGI method first creates a sub-process of cgi when it encounters a connection request (user request), activates a CGI process, then processes the request, and ends the sub-process when it is finished. This is the fork-and-execute mode. So the server with cgi method will have as many cgi sub-processes as there are connection requests, and repeated loading of sub-processes is the main reason for low performance of cgi. When the number of user requests is very large, it will crowd the system resources such as memory and CPU time, resulting in low performance.

FastCGI is an improvement from CGI development. The main disadvantage of the traditional CGI interface approach is poor performance, because each time the HTTP server encounters a dynamic program it needs to restart the script parser to perform the parsing, and then the result is returned to the HTTP server. FastCGI is like a resident (long-live) type of CGI, which can be executed all the time, as long as it is activated and does not take time to fork every time (this is the most criticized fork-and-execute mode of CGI). FastCGI is what is known as a long-lived application. Because FastCGI programs do not need to constantly generate new processes, they can greatly reduce the pressure on the server and produce a more efficient application. It is at least 5 times faster and more efficient than CGI technology. It also supports distributed computing, i.e. FastCGI programs can be executed on hosts other than the web server and receive requests from other web servers. 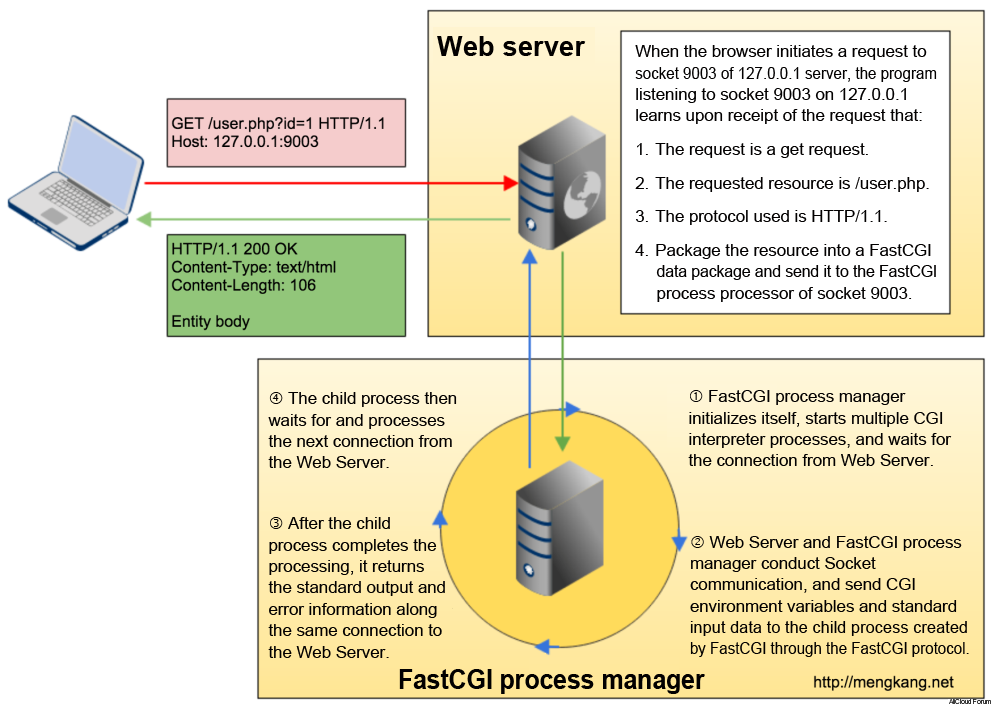 FastCGI is a language-independent, scalable architecture for CGI open extensions whose main behavior is to keep the CGI interpreter process in memory and get higher performance as a result. It is well known that repeated loading of CGI interpreters is the main reason for low CGI performance, and if CGI interpreters are kept in memory and scheduled by FastCGI process manager, they can provide good performance, scalability, Fail-Over feature, etc. FastCGI interface approach uses C/S architecture, which can separate HTTP server and script parsing server The FastCGI approach uses a C/S architecture that allows the HTTP server to be separated from the script parsing server, while one or more script parsing daemons are started on the script parsing server. Whenever the HTTP server encounters a dynamic program, it can deliver it directly to the FastCGI process for execution, and then return the result to the browser. This approach allows the HTTP server to focus exclusively on static requests or to return the results of dynamic script servers to the client, which greatly improves the performance of the entire application.

The workflow of FastCGI. 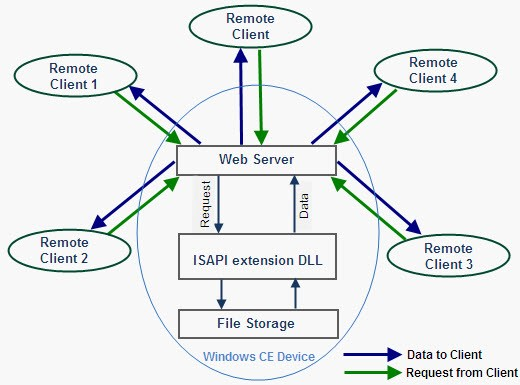 ISAPI server extensions provide an alternative to Common Gateway Interface (CGI) applications that use an Internet server. Unlike CGI applications, ISA runs in the same address space where the HTTP server resides and has access to all resources available to the HTTP server. ISA has a lower system overhead than CGI applications because they do not require the creation of other processes and do not perform communication that requires crossing process boundaries, which is very time consuming. Both the extension and filter DLLs may be unloaded if memory is needed by other processes.ISAPI allows multiple commands in a DLL that are implemented as member functions of the CHttpServer object in the DLL.CGI requires a separate name for each task and a URL mapping to a separate executable file. Each new CGI request starts a new process, and each different request is contained in its own executable file that is loaded and unloaded on a per-request basis, so the system overhead is higher than that of an ISA.

PHP-CGI is the FastCGI manager that comes with PHP. php-CGI is deficient in.

Spawn-FCGI is a generic FastCGI management server, it is a part of lighttpd, many people use Lighttpd’s Spawn-FCGI for FastCGI mode management work, but there are quite a few disadvantages. The emergence of PHP-FPM more or less alleviates some of the problems, but PHP-FPM has the disadvantage of having to recompile, which may be a small risk for some already running environments), in php 5.3.3 you can use PHP-FPM directly. spawn-FCGI has very little code, all 630 lines, written in c, the last commit was 5 years ago. Code homepage: https://github.com/lighttpd/spawn-fcgi

Spawn-FCGI code analysis is as follows.

Apparently, Spawn-FCGI is also a pre-fork model, but written in an archaic C language, full of dark programming tricks under unix.

Spawn-FCGI has a single function.

Spawn-FCGI is a very early program, just look up. There is also: a code from 1996:http://www.fastcgi.com/om_archive/kit/cgi-fcgi/cgi-fcgi.c, one style with spawn-fcgi

PHP-FPM is a PHP FastCGI manager for PHP only, available for download at http://php-fpm.org/download. PHP-FPM is actually a patch to the PHP source code, designed to integrate FastCGI process management into the PHP package. It must be patched into your PHP source code and used after compiling and installing PHP. FPM (FastCGI Process Manager) is used to replace most of the additional features of PHP-CGI and is very useful for high load websites. 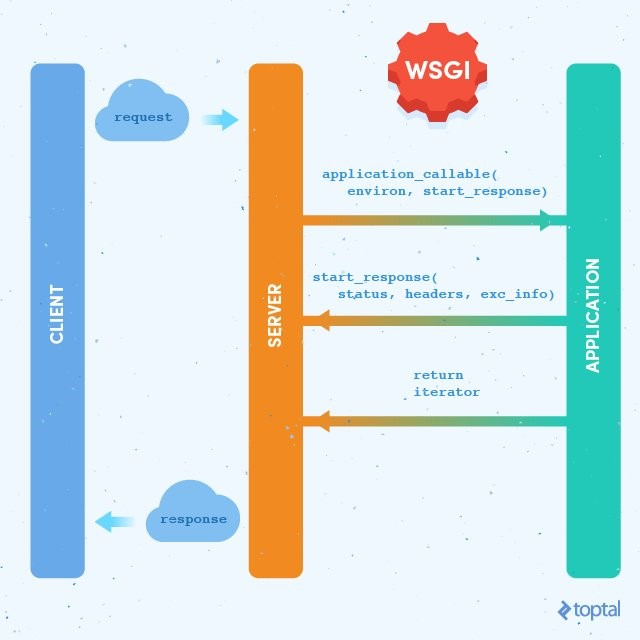 Previously, choosing the right web application framework became a problem for Python beginners because, in general, the choice of web application framework would limit the choice of available web servers, and vice versa. At that time, Python applications were usually designed for one of CGI, FastCGI, mod_python, or even a custom API interface for a particular web server.WSGI has no official implementation, because WSGI is more like a protocol. WSGI is a CGI wrapper for Python, as opposed to Fastcgi, which is a CGI wrapper for PHP. 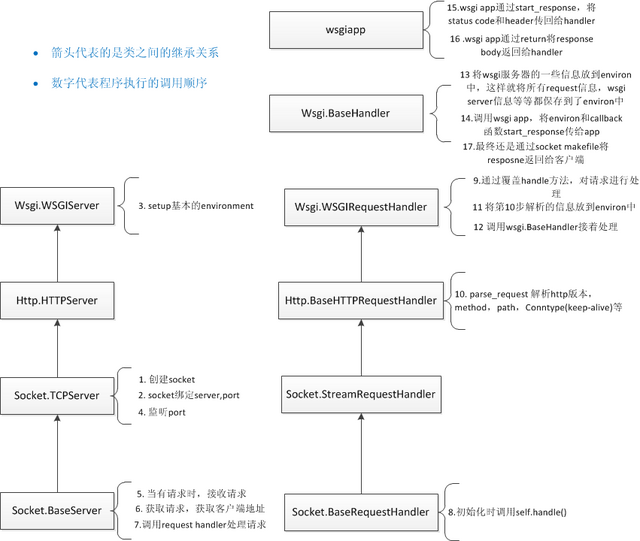 In fact, whether it is a server program, middleware or an application, they are all on the server side, providing services to the client. The reason for abstracting them into different layers is to control the complexity, making each time less complicated, each in its own way.

The uWSGI project aims to develop a complete solution for deploying distributed clusters of web applications. uWSGI is primarily oriented towards the web and its standard services, and has been successfully applied to many different languages. Due to uWSGI’s extensible architecture, it can be extended without limits to support more platforms and languages. Currently, you can write plugins in C, C++ and Objective-C. The “WSGI” in the project name is a tribute to the Python web standard of the same name, as WSGI developed the first plug-in for the project.

The main features of uWSGI are as follows.