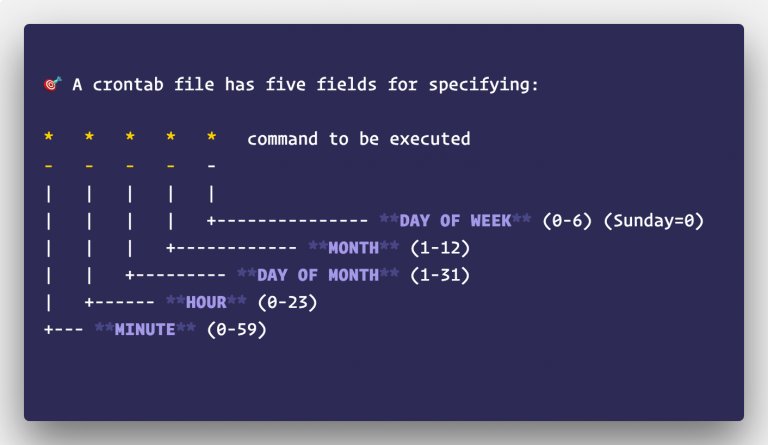 The contents of /etc/crontab in the unmodified state are as follows.

From line 7 to line 14 is the reference to the crontab settings. The meaning is very clear, the setting reference identifies the range of values.

In each of the above fields, the following special characters can also be used.

Every 5 minutes between 9:00 and 16:00 Monday through Friday, January through May and September through December