In the data crawl will often use regular expressions, if not familiar with Python’s re module, it is easy to be confused by the various methods inside, today we will review the Python re module. 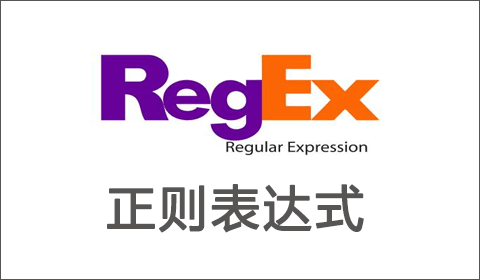 A regular expression is a logical formula for string manipulation, which is a pre-defined combination of some specific characters and these specific characters to form a “regular string”, which is used to express a filtering logic. Regular expressions are a very powerful tool for matching strings, and they are also used in other programming languages, and Python is no exception.

The following table lists the special elements of the regular expression pattern syntax. If you use a pattern with optional flag arguments, the meaning of some pattern elements will change.

Greedy and non-greedy modes for quantifiers

Regular expressions are typically used to find matching strings in text. the default in Python is greedy, always trying to match as many characters as possible. We generally use non-greedy patterns for extraction. Before I explain this concept, I’d like to show an example. We are looking for an anchor tag from a piece of html text.

Let’s change the input and add a second anchor tag.

This time the pattern matches the first open tag and the last closed tag and everything in between, making one match instead of two separate matches. This is because the default matching mode is “greedy”.

When in greedy mode, quantifiers (like * and +) match as many characters as possible. When you add a question mark at the end (. *?) it will become “non-greedy”.

Python’s native strings solve this problem nicely, and the regular expression in this example can be represented by r”". Similarly, “\d” matching a number can be written as r”\d”.

Common methods in Python Re

A Pattern (_sre.SRE_Pattern) object is a compiled regular expression that can be matched against text by a series of methods provided by Pattern. pattern cannot be instantiated directly and must be constructed using re.compile().

The flag argument in re.compile is a match pattern, which allows you to modify the way a regular expression works. Multiple flags can be specified by OR-ing them by bit. For example, re.I | re.M is set to the I and M flags. Optional values are.

Application function that escapes all characters in a string that may be interpreted as regular operators. Use this function if the string is long and contains a lot of special technical characters, and you don’t want to enter a bunch of backslashes, or if the string comes from the user (e.g. by getting the input through the raw_input function) and is to be used as part of a regular expression.

Clear the cache of regular expressions

The re.search function looks for pattern matches within the string, only until it finds the first match and returns it, returning the _sre.SRE_Match object, or None if the string has no matches.

How do I get to the contents of _sre.SRE_Match?

The Match object is the result of a match and contains a lot of information about this match, which can be obtained using the readable properties or methods provided by Match.

Whether the beginning of a string can match a regular expression. Returns _sre.SRE_Match object, and None if it does not match. match method is very similar to search method, the difference is that match() function only detects if re matches at the beginning of the string, search() scans the whole string to find a match.

Finds all the substrings matched by RE and returns them as a list. This match is returned in an ordered fashion from left to right. If there is no match, the empty list is returned.

Finds all substrings matched by RE and returns them as an iterator. This match is returned in an ordered fashion from left to right. If there is no match, the empty list is returned. Returns the _sre.SRE_Match object.

Finds all substrings matched by RE and replaces them with a different string. The optional parameter count is the maximum number of substitutions after pattern matching; count must be a non-negative integer. The default value is 0 to replace all matches. If there are no matches, the string will be returned unchanged.

Works the same as the re.sub method, but returns a two-tuple containing the new string and the number of times the replacement was performed.