When we use Grafana Dashboard to display our monitoring charts, we often go to someone else’s Dashboard and change it, but this also causes many people using Grafana to have no idea how to customize a Dashboard, although it is not very difficult. Here we introduce a relatively new tool: DARK, full name Dashboards As Resources in Kubernetes., which means that through the Kubernetes resource object to define Grafana Dashboard, the implementation principle is also very simple, that is, the CRD to define the Dashboard, and then through the interaction with Grafana’s API Token to achieve the CRUD of the Dashboard.

Let’s look at how to use DARK to define a Grafana Dashboard.

Then install the CRD resources

Then create Grafana’s API KEYS from the Secret object. In the Grafana main interface, select the Configuration menu on the left -> API Keys to create API Keys, and select the Editor role to.

Then modify the k8s/cluster-role.yaml file as follows.

Then create the resource object above.

Modify the k8s/deployment.yaml file, change the GRAFANA_HOST environment variable to your own Grafana address, and since I have Grafana installed in the Kubernetes cluster here, I directly configure it with DNS, and then add the dark created above ServiceAccount.

Create the above Controller directly after the modification is completed.

Now that the Controller is defined, we can actually go through the CRD object to define the Grafana Dashboard, as shown below to define a GrafanaDashboard object, in which we can define the content according to our needs, such as defining annotations, variables, graph, table can be defined, but of course the most important thing is to have the correct data source and query statement: (example-dashboards.yaml)

You can also see the corresponding logging information in the Controller. After the resource object is created successfully, you can now check the Grafana page to see that a new Test folder folder and Awesome dashboard have been added. 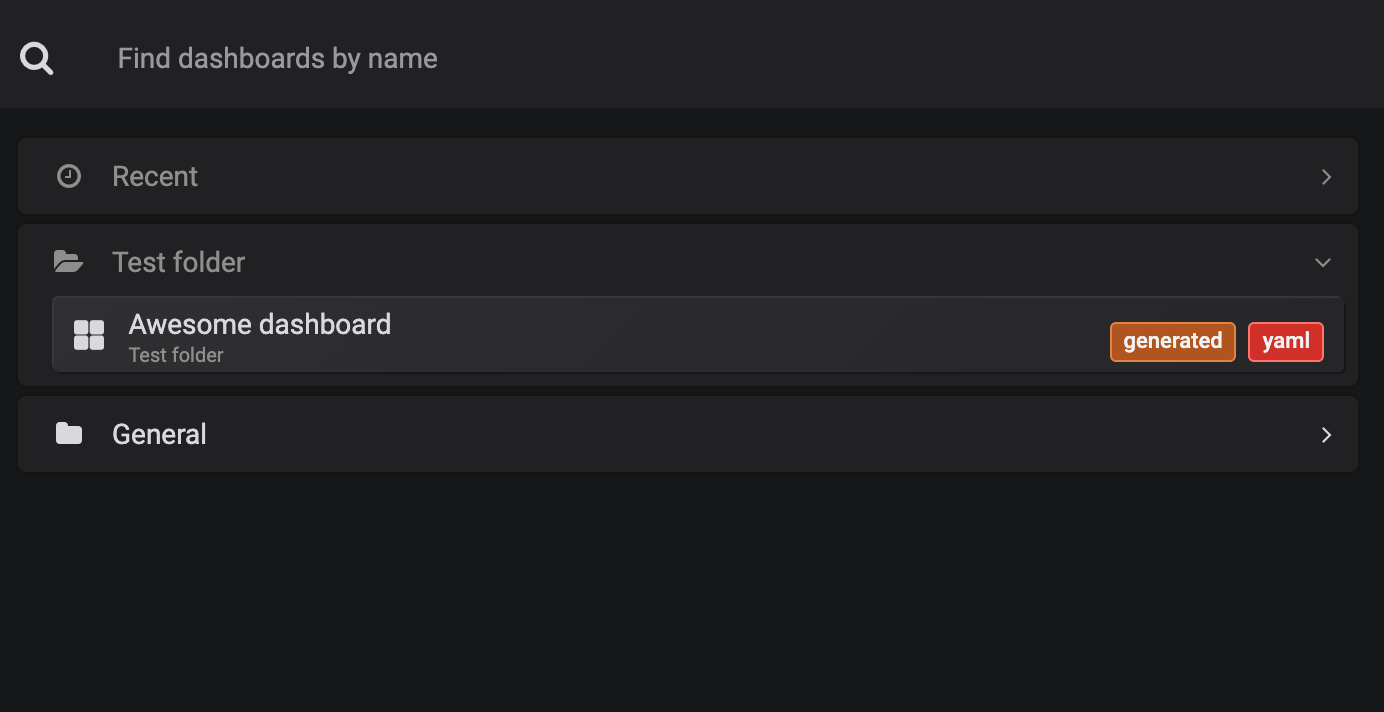 Looking at the Dashboard, you can see the same information as the various charts defined in the CRD above. 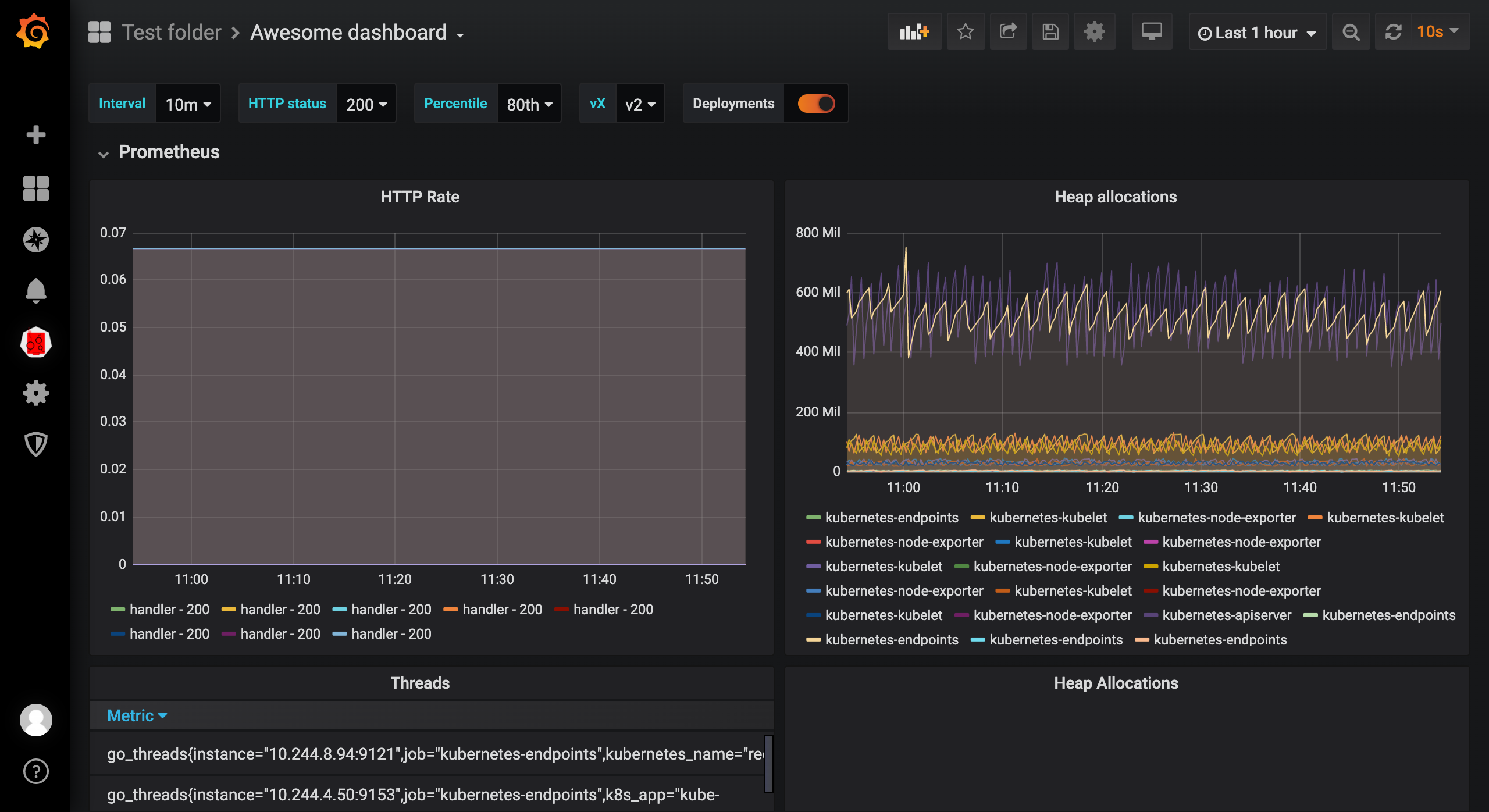 This way we define the Grafana Dashboard using Kubernetes resource objects, which is obviously more elegant than going directly to the page and configuring it manually, and is in line with the everything as code idea 🤯.