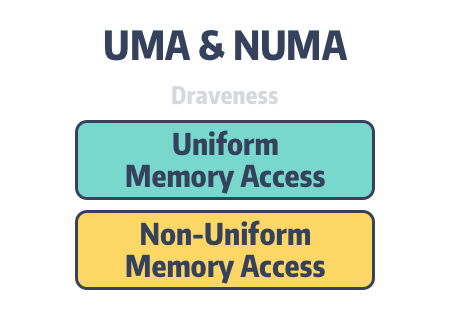 As application developers, we are less likely to need direct access to hardware because the operating system shields us from many hardware-level implementation details. However, because NUMA affects applications, NUMA is something we must understand and be familiar with if we want to write high-performance, low-latency services, and this article will cover its impact in two ways.

If the host computer uses the NUMA architecture, then CPU access to local memory will have less latency than access to remote memory, a phenomenon not intentionally created by the CPU designers, but rather a physical limitation. However, the NUMA design did not come with the computer, so let’s analyze the evolution of the CPU architecture before we move on to the impact of NUMA on the program.

In the first decades of computing, processors were basically single-core. According to Moore’s Law, as technology progressed, the performance of processors doubled every two years, and this law was basically in effect for the last century, but in the last decade or so, the increase in the number of transistors in a single processor slowed down, and many manufacturers began to introduce dual-core and multi-core computers. The CPUs on a single-core or multi-core computer would first access the memory in the memory slots through the Front-side bus, Northbridge, and Memory bus, and all CPUs would access the same memory and I/O devices through the same bus, and all resources in the computer would be shared. This architecture is called Symmetric Multi-Processor (SMP) and is also known as Uniform Memory Access (UMA). 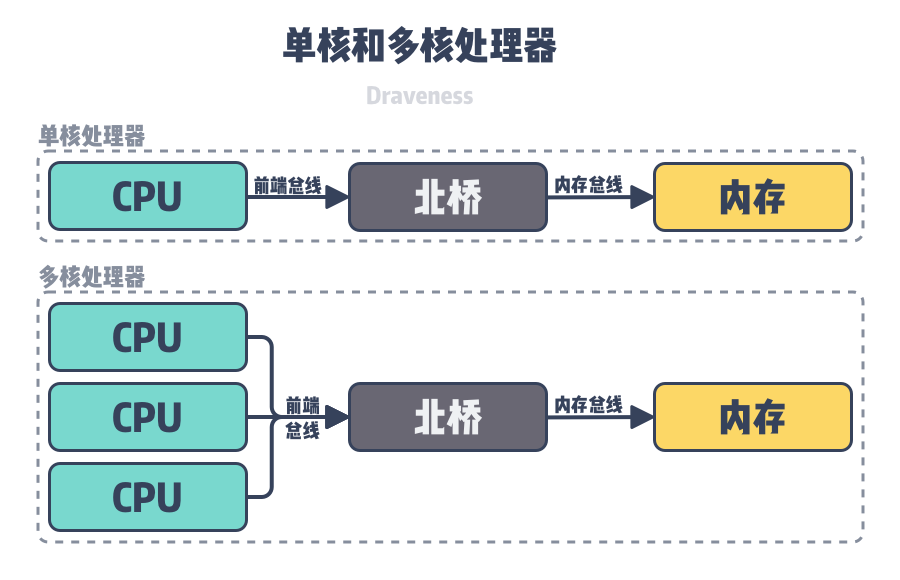 However, as the number of CPUs in a computer increases, multiple CPUs need to access memory through the bus and the North Bridge. When the same host contains dozens of CPUs, the bus and North Bridge modules become the bottleneck of the system. To solve this problem, the designers of the CPU architecture solved the problem using multiple CPU modules as shown below.

As shown in the figure above, the host contains 2 NUMA nodes, each containing the physical CPU and memory. From the figure we can see that CPU 1 accesses local memory and remote memory through different channels, which is the fundamental reason for the different access time to memory.

The operating system, as the software that manages computer hardware and software resources and provides common services to applications, deals with the underlying hardware itself, and the Linux operating system provides us with hardware-related NUMA information. You can view the NUMA nodes on your machine directly by using the numactl command.

numactl provides two policies for allocating CPU to processes, cpunodebind and physcpubind, which each provide different granularity of binding methods. 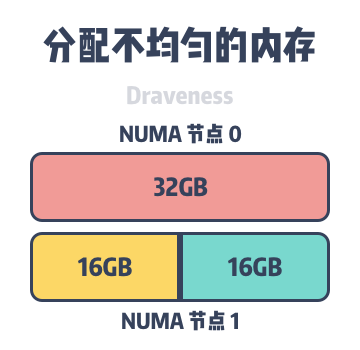 Because databases such as MySQL take up a lot of memory to run, by default processes allocate memory on the NUMA node where they are located first, and then remotely when local memory runs low. As shown above, the host contains two NUMA nodes, each of which has 32GB of memory, but when MySQL InnoDB’s cache pool takes up 48GB of memory, it allocates 32GB and 16GB of memory on NUMA node 0 and NUMA node 1, respectively.

Although 48GB of memory is far from the 64GB memory limit of the host, when some data must be allocated on NUMA node 0 memory, it causes the memory in NUMA node 0 to be swapped to the file system to make way for new memory requests. The frequent swapping of memory in and out of the InnoDB cache pool can cause MySQL queries to be randomly delayed, and once the swapping of partitions occurs, it can be the beginning of a performance spiral. 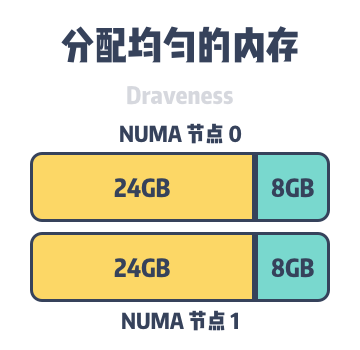 This problem is not unique to MySQL, but is encountered by many memory-intensive databases. Although using interleave temporarily solves these problems, MySQL processes still experience performance losses when accessing remote memory compared to local memory, and the best way to avoid the extra overhead of running services on NUMA once and for all is to Develop applications that are aware of the underlying NUMA architecture. Using MySQL as an example, Jeremy Cole proposes the following modifications in his article that would make better use of NUMA’s local memory.

In addition to MySQL which can use NUMA to improve performance, some frameworks or programming languages can also improve the responsiveness of services by sensing the underlying NUMA information. For example, there is a design document on NUMA-sensing scheduling in the Go language community, and although it is not currently in development because the implementation of this feature is too complex, it is still the future direction of schedulers.

Many software engineers may think that the operating system and the underlying hardware are so distant from us that we don’t need to consider so many details when developing software, and for the vast majority of applications this holds true. The operating system can shield us from many of the underlying implementation details, allowing us to devote more effort to the implementation of the business logic.

However, as we mentioned in the article, even if the OS makes more isolation and abstraction, the limitations that exist in the physical world will still affect our applications in the dark, and we must pay attention to the next two or even more layers of implementation details if we want to develop high-performance software.

We would certainly prefer all CPUs on a host to have fast access to all memory, but hardware limitations prevent us from achieving such an ideal situation, and NUMA may be an inevitable direction for CPU architecture development, reducing the pressure on the bus by grouping CPU and memory resources and allowing a single host to accommodate many CPUs. In the end, let’s look at some more open-ended questions, and interested readers can think carefully about the following.