One of the major benefits of k8s is resource isolation. By setting the request and limit of the load, we can easily allow different programs to coexist on the right node.

The request is for scheduling, which ensures that the combined CPU request and memory request for all loads on the node are no greater than the CPU and memory that the node itself can provide, and the limit is for the node (kubelet), which ensures that the load only uses so much CPU and memory on the node. For example, the following configuration means that a single load will be dispatched to a node with a remaining CPU request greater than 0.1 cores and a remaining request memory greater than 200MB, and that the load can run with no more than 0.4 cores of CPU usage (exceeding this will result in a flow limit) and no more than 300MB of memory usage (exceeding this will result in an OOM kill and restart).

Unlike memory, CPU is quantitative and has only two states, “in use” and “idle”. 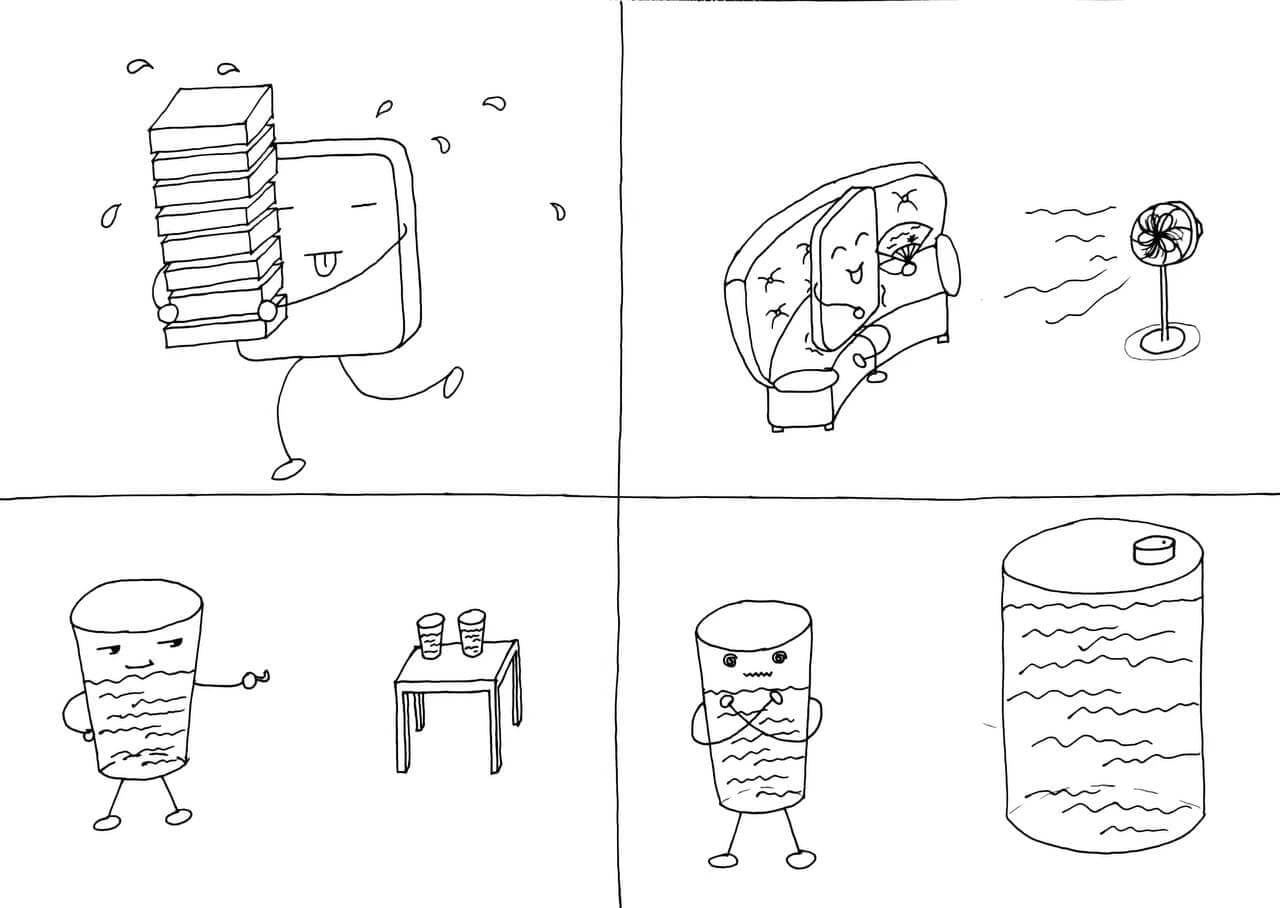 I talked to my wife about the difference between CPU and RAM, and she helped me draw an illustration Photo/my wife

When you set the CPU limit for a load, this temporal difference may have an unexpected effect on you - excessive slowdown and limiting, where the node CPU is obviously not busy, but the node deliberately does not allow your load to use the CPU at full speed, and the service latency rises.

k8s uses CFS (Completely Fair Scheduler) to limit the CPU usage of the load, the mechanism of CFS itself is more complex, but the k8s documentation gives a concise explanation, the gist of which is as follows.

As an example, suppose an API service uses two threads A, B (2 cores) in response to a request, using 60ms and 80ms respectively, where thread B is triggered 20ms late, we see that the API service can give a response after 100ms. 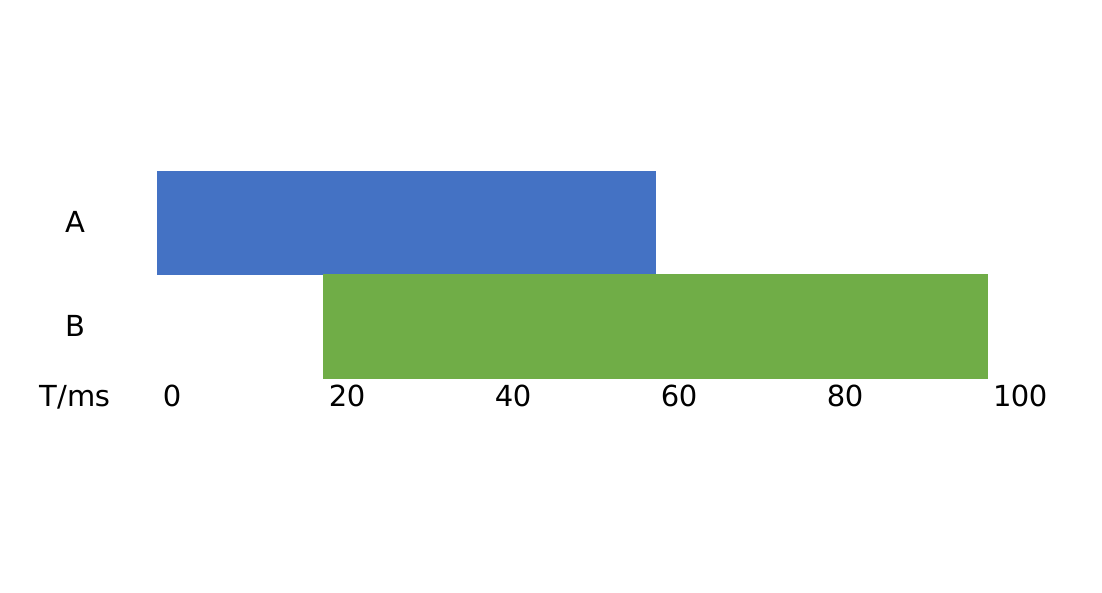 If the CPU limit is set to 1 core, i.e. a maximum of 100ms CPU time is used in every 100ms, thread B of the API service is limited once (grey part) and the service responds after 140ms with.

If the CPU limit is set to 0.6 cores, i.e. a maximum of 60ms CPU time is used in every 100ms, thread A of the API service is limited once (grey part), thread B is limited twice and the service responds after 220ms with.

Note that flow limiting will execute just the same even if the CPU has no other work to do at that moment , which is a rigid and unaccommodating mechanism.

This is a rather exaggerated example, the average API service is IO intensive and CPU time usage is not that high (you’re running model inference?). Forget I said it), but still, you can see that limiting the flow will realistically extend the latency of the API service. Therefore, for latency-sensitive services, we should all try to avoid triggering k8s’ flow limiting mechanism.

The graph below shows the CPU usage and CPU Throttling ratio of an API service at the pod level in my work. We see that CPU Throttling exists most of the day, with the Throttling ratio fluctuating around 10%, which means that the service’s work is not done at full speed, and is discounted by 10% in terms of speed. It is worth mentioning that the node where the pod is located still has spare CPU resources at this time, and the overall CPU usage of the node does not exceed 50%. 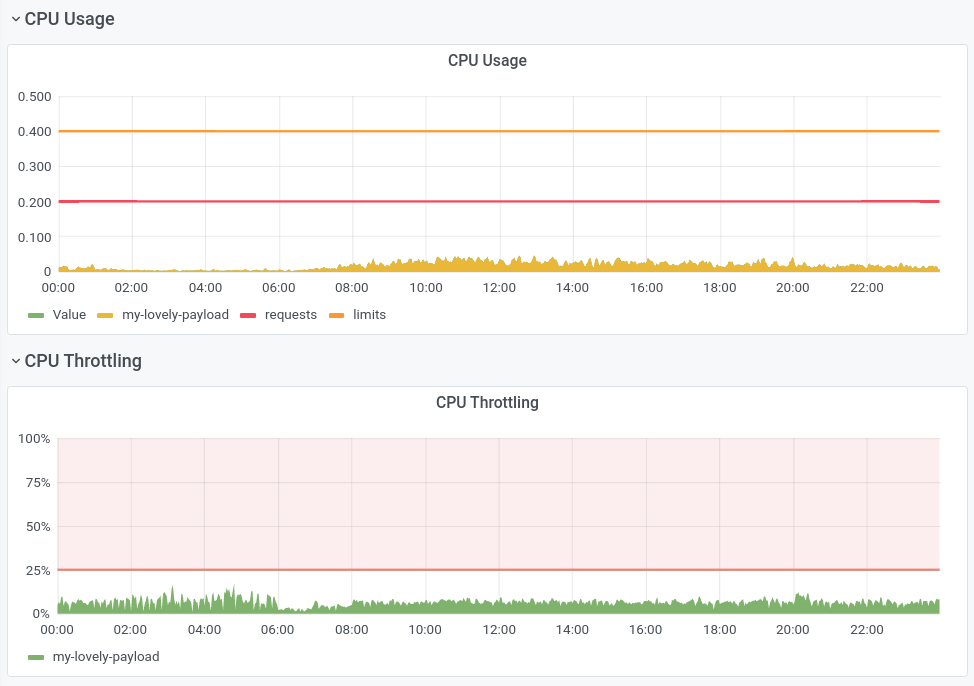 However, Linux with kernel versions below 4.18 really has a bug that causes unnecessary CPU limit.

Some developers tend to abandon CPU limits altogether and run naked and straight, especially when the kernel version is not buggy enough.

I think doing so is still too much of a let-down, and if there are bugs in the program that run out of CPU (such as dead loops, which I have unfortunately encountered), the entire node and its load can fall into an unavailable state with too large an explosion radius, especially on larger nodes (16 cores and above).

I have two suggestions.